The San Pedro Lion’s Club once again participated in the International Lion’s Club annual Peace Poster Contest, featuring the entries at the Lion’s Den on Friday, November 16th. This year a total of 63 posters from San Pedro Roman Catholic School, Isla Bonita Elementary School and New Horizon Adventist School were entered into the contest. The posters were judged based on originality, expression of theme and artistic merit with this year’s theme of “Imagine Peace”. The competition was opened to children ages 11 thru 13. 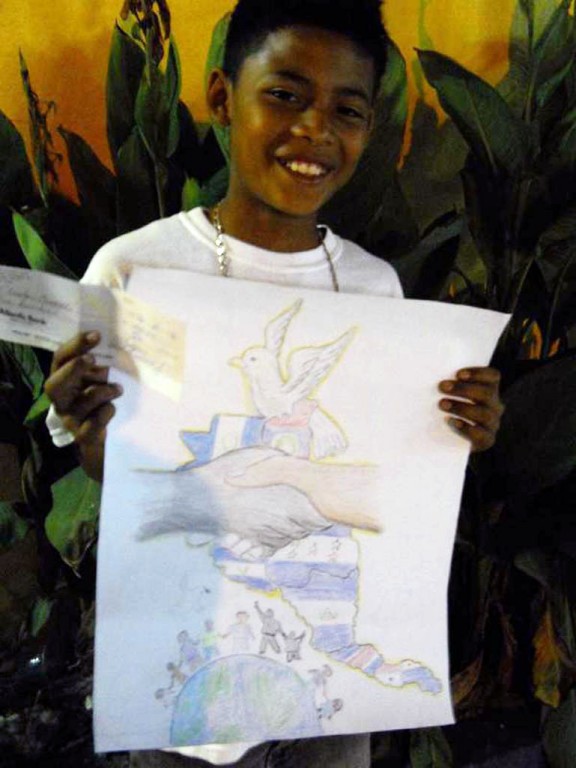 Judges were: Paulette Galbraith of ACES School and Dr. Dianne Lawrence of Quicksilver/Go Phones/Yard Boyz. Originally, prizes were scheduled for first, second and third place. However, according to organizer Jan Brown, the judges had a difficult time narrowing down the creative entries down to a top ten. After much deliberation, they chose the top three places and were so touched by the artwork that they decided to put up their own money to award fourth and fifth places.
According to the judges, honorable mention would have been given to a poster of hands holding a globe with glittered rays reaching out, but as beautiful as it was, it did not meet the art criteria nor did it have the child’s name on it. 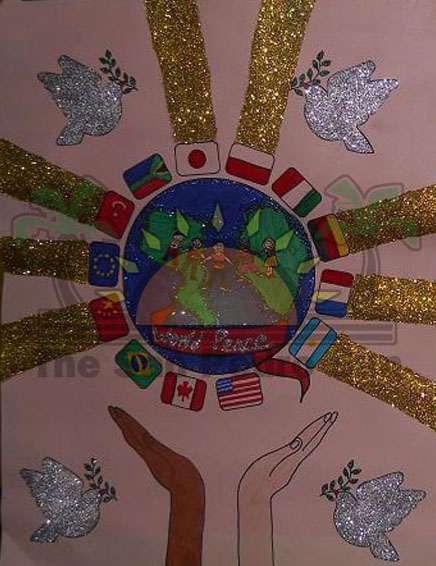 At the end the winners are as follows:
First Place: Seleny Borges, Age 11, SPRC, $200 prize. Artwork: people on an island with flags surrounding the drawing. 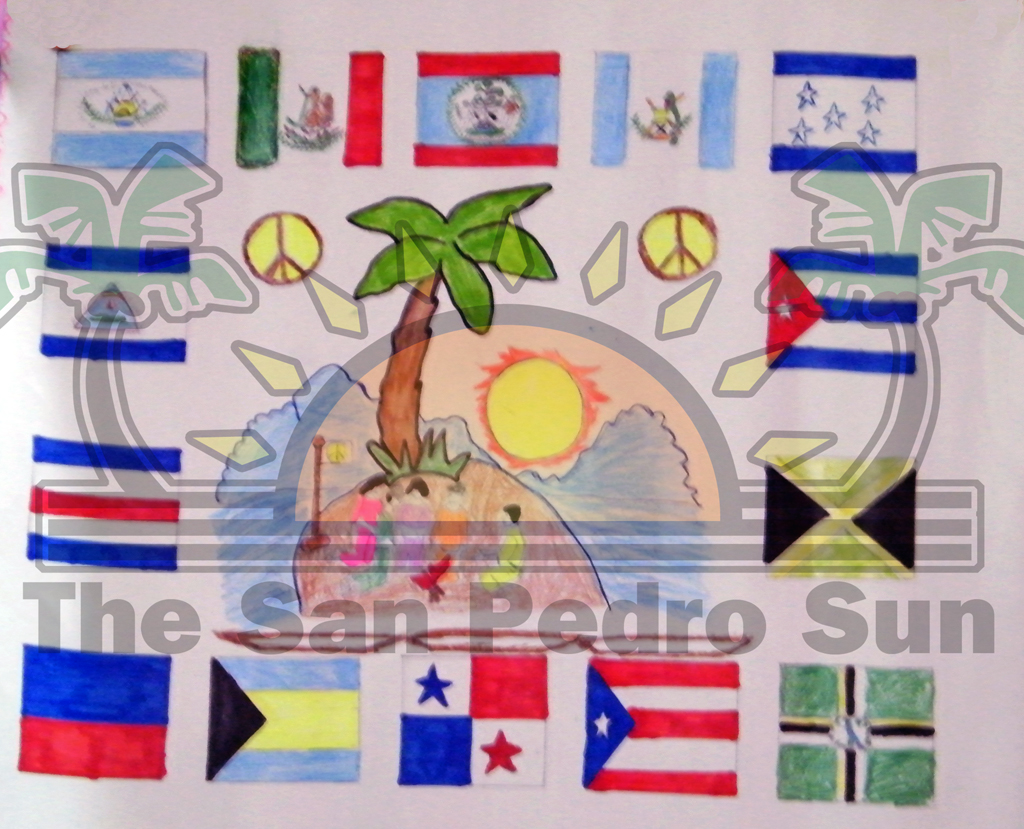 Second Place: Nestor Castillo, Age 12, Isla Bonita School, $100 prize. Artwork: map of Latin and Central America, a peace dove and a world with children around it holding hands. Nestor was on hand to receive his winning and when asked about the predominant hands clasped across Guatemala and Belize, he explained with the situation between the two countries, he envisioned peace through the hand shake. 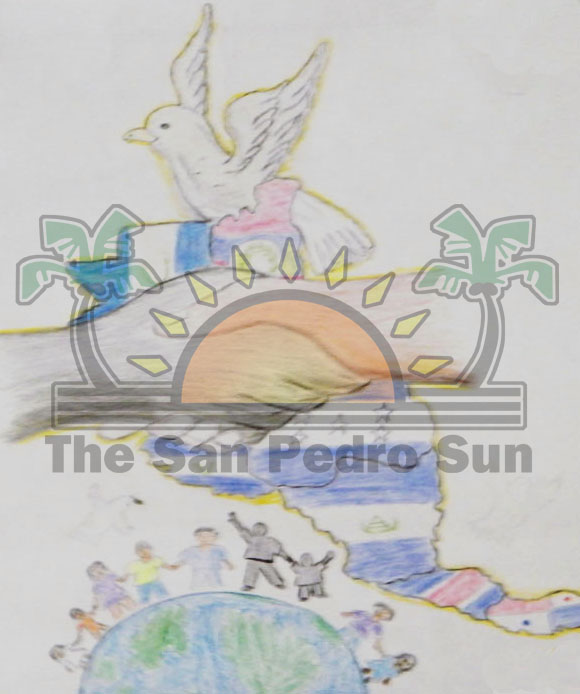 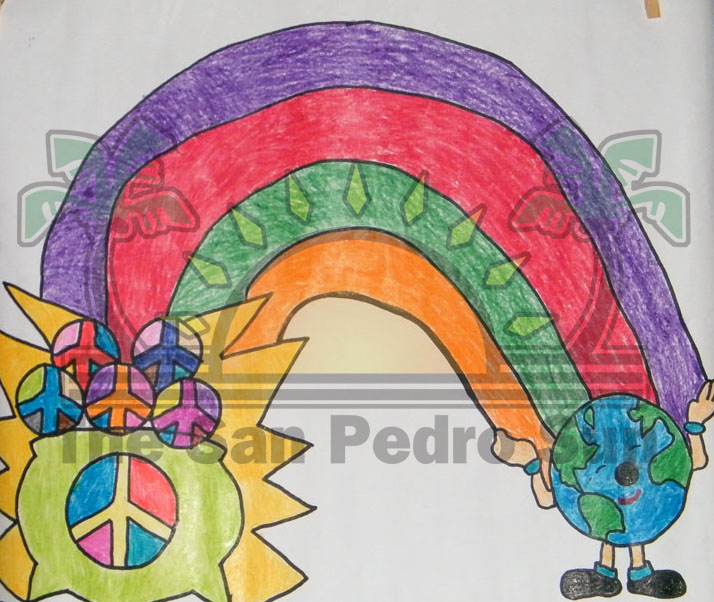 Fourth place: Danny Itza, Age 11, SPRC, $30 gift.
Artwork was a figure holding a dove and a world globe while standing in a peace laurel. 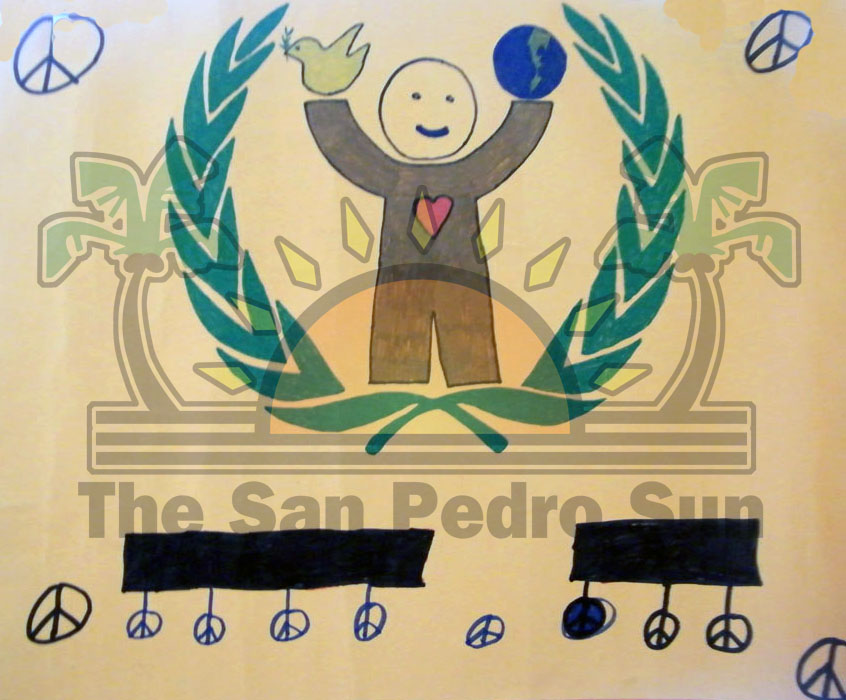 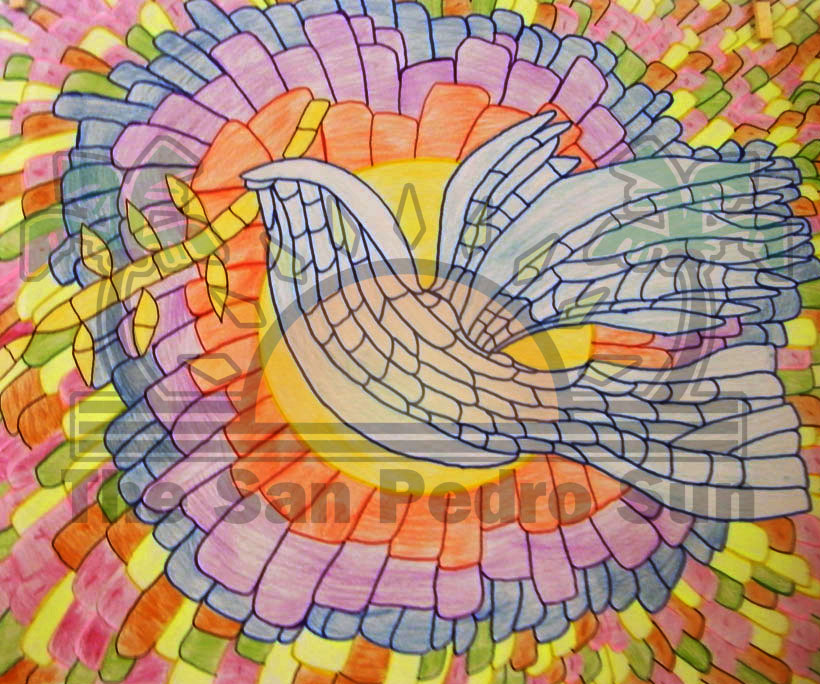 The winning poster from this competition will be entered into the Lion’s International judging round to be held early next year.

Cultural Day celebrated at various Pre-schools on the Island53 Photos