In January 2010, acclaimed filmmaker, Ang Lee was on Ambergris Caye where he and his two sons, Mason and Haan trained to become certified SCUBA divers with White Sands Dive Shop. 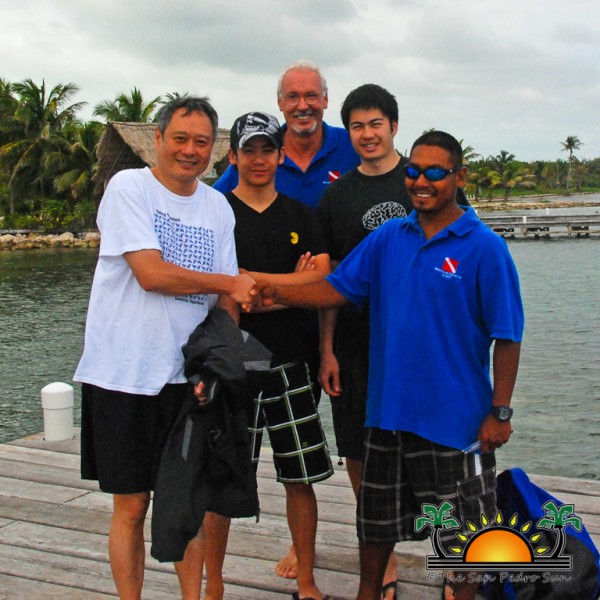 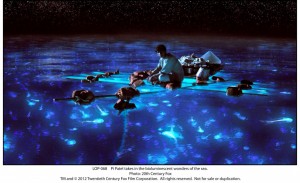 Hol Chan Marine Reserve for a night dive. The San Pedro Sun’s publisher Ron Sniffin and son Jem were invited to join them on the dive, where Lee wanted to view bioluminescent sea creatures in order to realistically portray them. Lee also wanted to get acquainted with the underwater world for the movie he was working on – Life of Pi.

Academy Award (Oscar) for Life of Pi, the movie he researched in part here in Belize. This was his second award for Best Achievement in Directing; his first Oscar was in 2005 for the film Brokeback Mountain. Life of Pi was nominated for eleven Oscars, including best picture, and not only won for Best Director but won Best Cinematography, Original Score and Visual Effects as well.

Born in 1954 in Pingtung, Taiwan, Ang Lee has become one of today’s greatest contemporary filmmakers. A graduate of the National Taiwan College of Arts and the University of Illinois and New York University, Lee began his career by serving as Assistant Director on Spike Lee’s student film, Joe’s Bed-Stuy Barbershop: We Cut Heads. He continued with his great work garnering Golden Globe and Oscar nominations and wins.