Home » Entertainment » Belize at 35: Strong and Together as One!

Belize at 35: Strong and Together as One!


Ambergris Caye joined the thousands of Belizeans countrywide in celebrating the 35th anniversary of Belize’s Independence. The patriotic festivities began with the official Independence Eve and midnight flag raising ceremonies on Tuesday, September 20th at the Honourable Louis Sylvestre Sports Complex. The celebrations concluded on Independence Day, Wednesday, September 21st with a spectacular parade through the main streets of San Pedro Town, ending at the Central Park with Gilharry 7 Band keeping the celebratory atmosphere into the night. 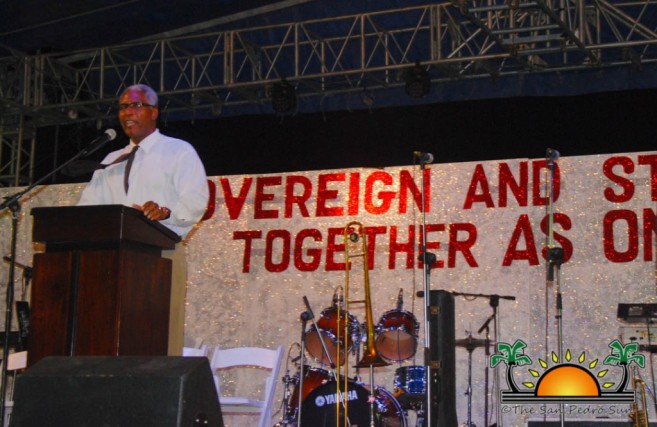 Independence Eve official ceremonies started with the arrival of the various dignitaries, after which, Mayor Daniel Guerrero welcomed the thousands in attendance. “Indeed, looking at the thousands of patriotic Belizeans tonight gathered not only in San Pedro Town, but in all major municipalities and cities across the country, we can proudly say that Independence is not a dream, but a reality for every Belizean,” Guerrero said at the beginning of his speech. 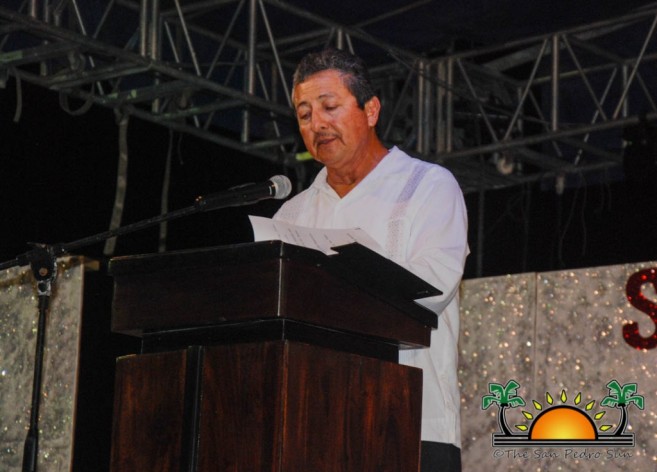 He touched on this year’s September Celebration’s theme ‘Sovereign and Strong, Together as One,’ and spoke of how Belizeans have maintained that sovereignty of the country since acquiring independence in 1981. Guerrero stressed on how strong the community can be when they come together. “When we join our hands, our island transforms, our people’s lives improve, and our country advances. That is the Ambergris Caye and the Belize I love, one that stands proud and together as one” he said. He ended by inviting all Belizeans home and abroad to remain focused on the many adversities Belize goes through on a daily basis and to once again come together so Belize’s sovereignty will not be jeopardized. 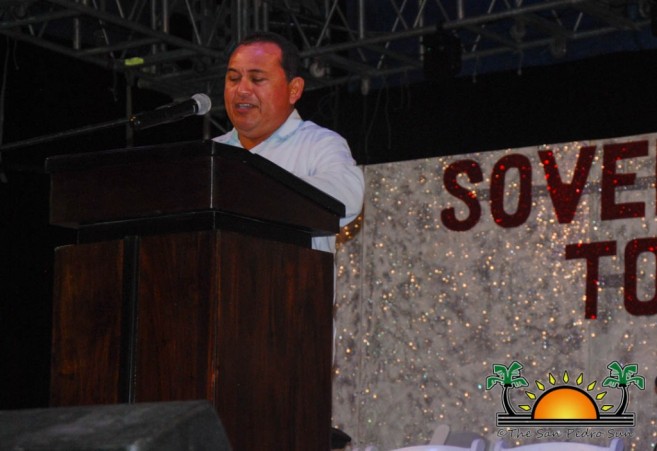 Next to speak was the representative of the opposition People’s United Party Chairman for Belize Rural South, Andre Perez. He took the opportunity to highlight the importance of the occasion and how proud everyone should be to be Belizeans. He reflected on this year’s theme; which according to him does not match the reality of the country. “Only by truly reflecting and accepting the need to change, can changes be made possible. I am not here to criticize the Government of today, but that we need to focus on the reality of our country and seek to bring more needed change.” 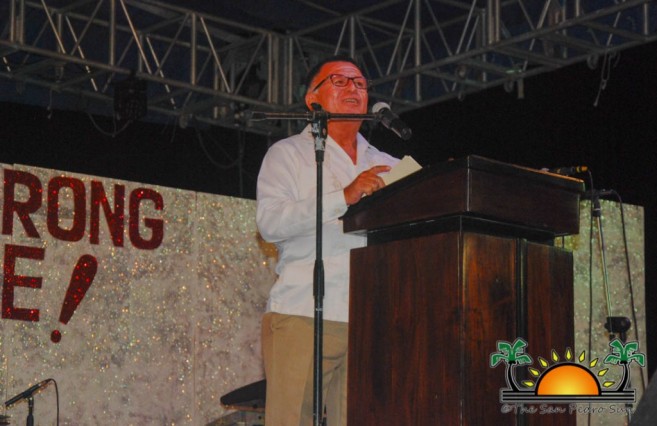 The Area Representative for Belize Rural South and Minister of Tourism and Civil Aviation Honorable Manuel Heredia JR, replied to the Opposition’s address. Heredia asked the audience to be the judges and highlight on all the recent developments taking place on the island. He stressed that while the situation is not a pleasant one in other parts of the country, Ambergris Caye is fortunate to welcome everyone. He also reflected on the theme, by pointing out how strong and together the residents of Ambergris Caye are, but he also touched on the commitment from his Government towards the Belizean people. “As Minister of Tourism we have created a tourism brand of equity that has made us one of the leading and major destinations in the world,” said Heredia. He declared that Belize continues to see a significant rise in the tourism sector, and with the arrival of new airlines to the country in upcoming months, it will positively impact the country and all Belizeans. 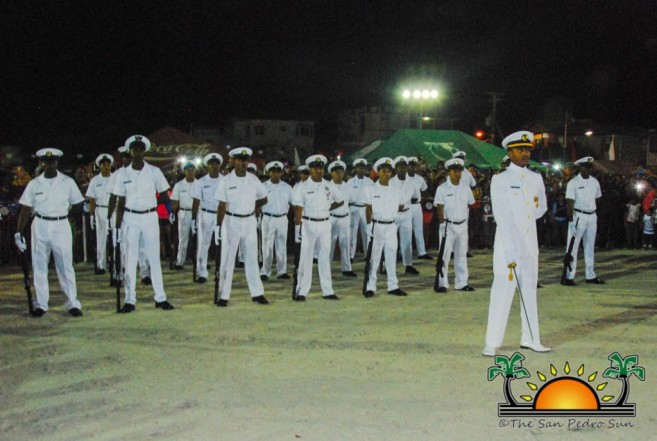 Following the speeches, the island’s beauty ambassador Miss San Pedro Marisha Thompson was escorted by Deputy Mayor Gary Greif and the San Pedro High School Marching Band. This paved the way for the midnight flag raising ceremony and 21 gun salute, wherein elements of the Belize Coast Guard marched in led by Parade Commanding Officer Lennan Thomas. Inspection of the Guard of Honor was done by Mayor Guerrero and Honorable Heredia. 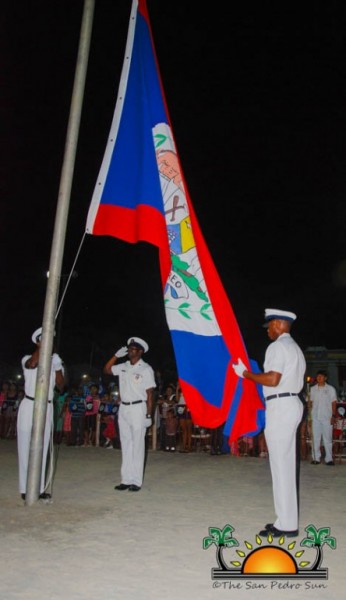 A few minutes after, the Belize National Anthem resonated and the patriotic crowd joined in singing as the Belizean flag was being raised. At midnight, the Coast Guard gave a 21 gun salute as Guerrero and Heredia conducted the traditional ‘Grito’ (shout) of Independence. A spectacular fireworks display followed, lasting about 40 minutes. The jubilant crowd remained at the Sports Complex as Gilharry 7 Band serenaded the early hour of September 21st. 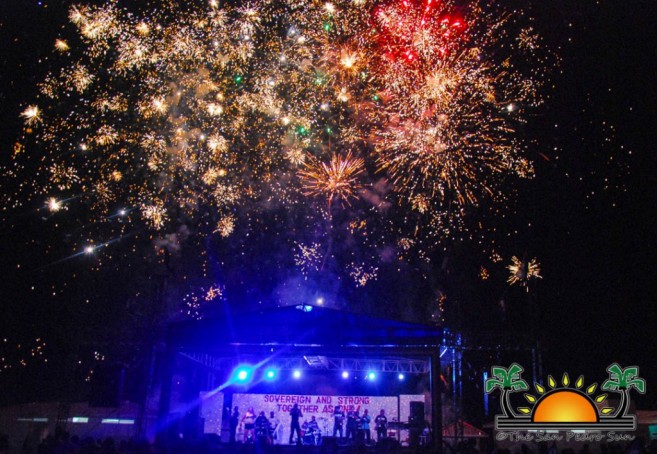 On Wednesday, September 21st, the annual Independence jump-up parade started around 11:30AM from the Boca del Rio Park. The colorful parade of patriotic citizens, students, organizations and masquerade bands made its way from Laguna Drive onto Pescador Drive and ended at Central Park.

Residents lined up along the parade route to view and cheer on the revelers in their elaborate costumes.
Judges were stationed at key locations tasked with deciding the winners of this year’s parade.

It was a hard choice as each group displayed creativity and uniqueness, but there could only be one winner. 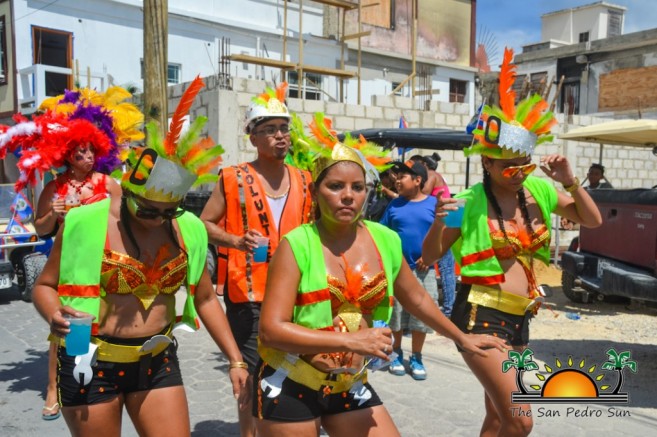 At Central Park keeping patriotic vibes on high was Gilharry 7 Band and DJ Debbie, who led a colorful after-party, ending the festivities. While islanders were dancing the day away, Mayor Guerrero and Honorable Heredia once again brought the flying piñata, throwing candy to the crowd from a helicopter.

The 2016 September Celebrations went smoothly with no major incidents. Belizeans indeed celebrated together as one – Long Live Belize!

Visit our My Beautiful Belize Facebook Page for a full gallery of photos for the 2016 Independence Day Celebrations in San Pedro Town, just click here: https://www.facebook.com/MyBeautifulBelize