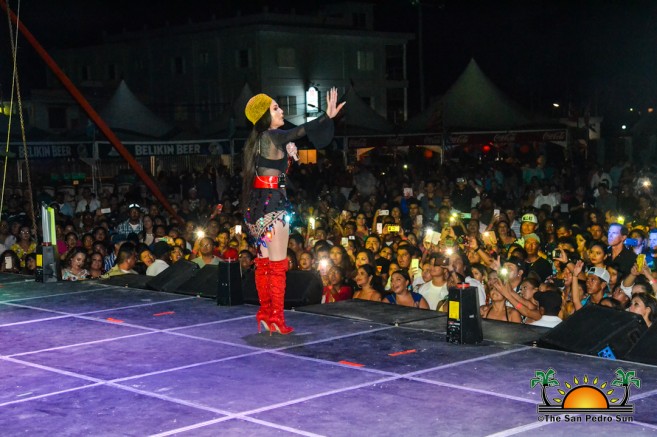 The legendary Ivy Queen delighted hundreds of fans during her concert at the International Costa Maya Festival on Saturday, August 4th. International Night featured a medley of artists leading up to the grand finale, and the audience was treated to some top notch performances. 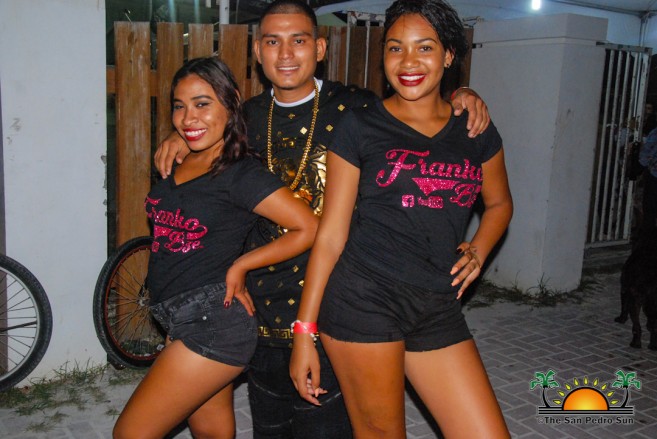 Grupo Crash opened the ceremonies with a high-energy dance routine, and they were followed by a quick rap solo by Frank ‘El Killer’, a local island talent. 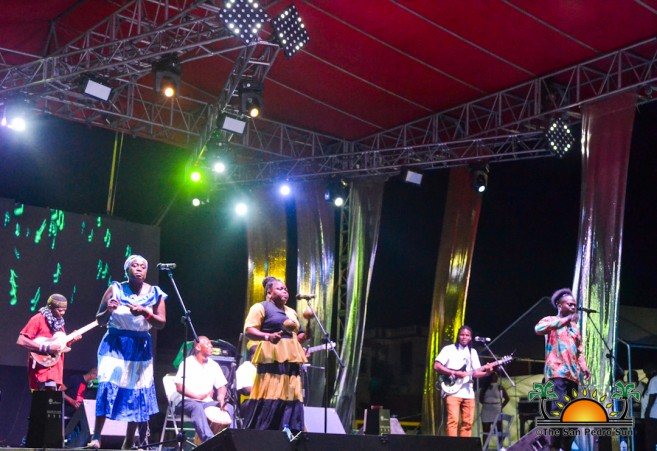 The iconic Belizean group Garifuna Collective came up next, bringing the best of their hits to life. The audience was treated to a spectacular show of drumming, singing and dancing – there was even a quick demonstration of the Jankunu!

After a wonderful cultural music experience, it was time to ramp up the stage with dance and popular renditions as Marlyn Vansen took the stage to perform. The young Belizean songstress was joined by her backup dancers as she performed original singles and her own interpretation of popular songs. Her energy was infectious, drawing the crowd closer as the time for the grand event got near. 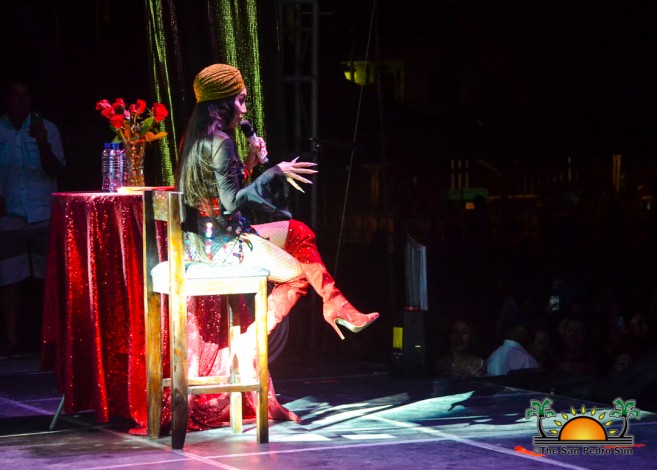 After some banter by TAGG International, during which the crowd was called on to welcome the fabulous diva, it was time for Ivy Queen! 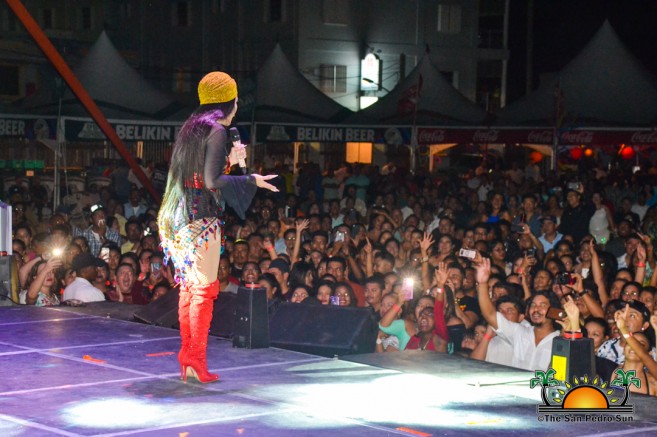 The songstress brought her fabulousness onstage, her songs of girl power and commentary drawing screams and applause from an appreciative audience. 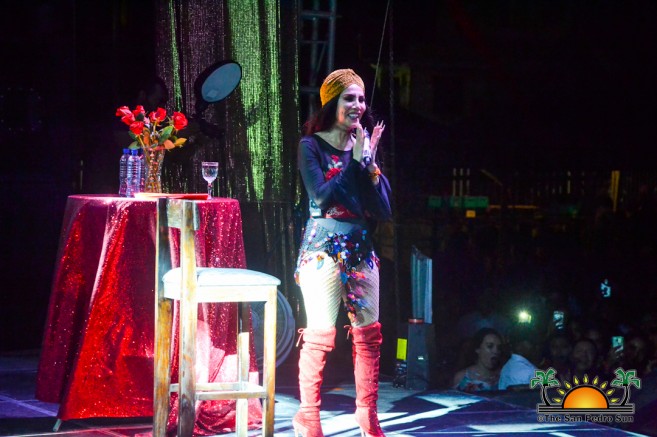 With her hits like “Yo Quiero Bailar”, “La Vida Es Asi”, “Pobre Corazon”, “Tuya Yo Soy”, “Dime” and much more, Ivy Queen had the crowd enthralled. 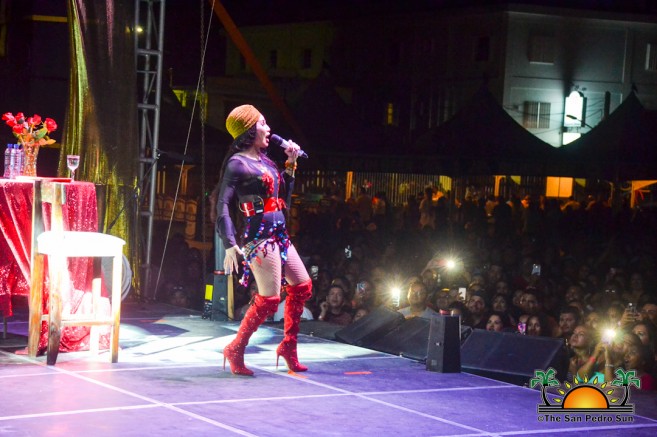 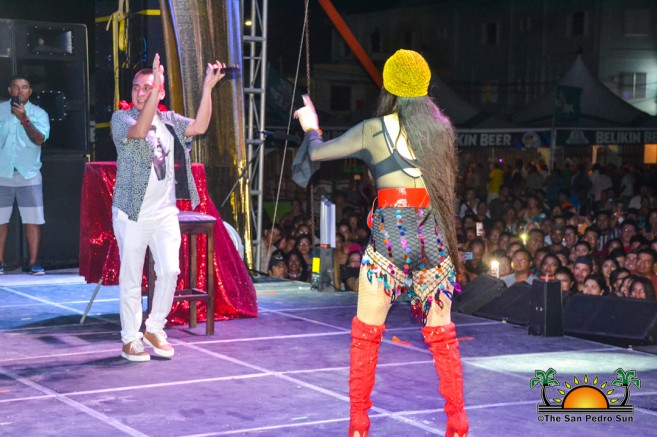 One lucky fan from Mexico was even able to join her onstage to dance and sing alongside the songstress. 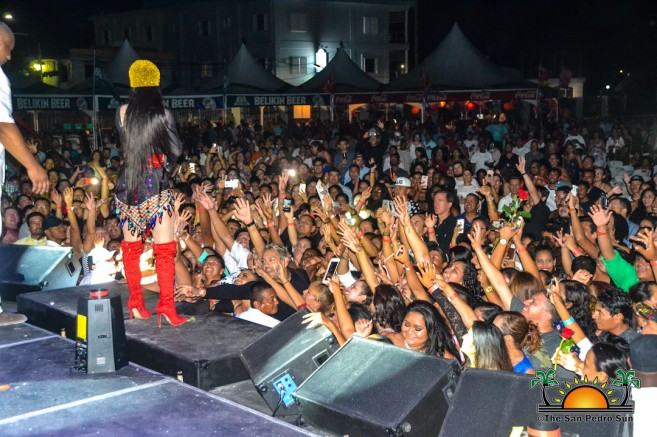 After over an hour of performance and show, Ivy Queen drew near the audience and handed out roses to a few lucky fans, after which she exited the stage. The crowd continued their celebration into the early hours, thrilled with yet another spectacular Costa Maya concert.