On Friday, October 5th, the San Pedro High School (SPHS) held its first-ever Mr. and Miss SPHS pageant at the Angel Nuñez Auditorium. The pageant originated in 1974, with Celi Jeanne Greif as the school’s first beauty ambassador. Hundreds of islanders attended the 2018 event, which is the school’s biggest fundraiser.

A total of five contestants, three females and two males vied for the coveted titles: Aalijah Pilgrim, Kimberly Tzul, Babee Lopez, Everal Dixion, and Kurt Cus. After an evening of beauty, elegance, talent, and entertainment, Aaliyah Pilgrim was selected as Miss SPHS, while Kurt Cus is the first Mr. SPHS.

The 2018 event was hosted by teacher Philip Ramsey and former SPHS Principal Angel Nuñez. The opening segment had all five contestants performing a dance number then introducing themselves. Each one of them represented different sub-divisions of San Pedro, namely Boca Ciega, San Pablo, DFC, Downtown, and San Pedrito.

After a short intermission, participants showcased some of Belize’s folklore characters, such as La Llorona, the Tata Duende, the Ixtabai, and Sisimito.

Each candidate worked hard to impress the audience and judges who had the responsibility of selecting the king and queen. Judging the event this year were Kimberly Robateau, Asia Gilharry, Irianna Leiva, Amanda Taylor, and Ernie Alpuche. Francisco Quiroz and Tyrell Green were the tabulators.

In the second segment, athleticism took over the stage as each delegate represented a different sport. Pilgrim showed some of her basketball skills, while Tzul did softball and Lopez showed her skills as a bullfighter. Dixion depicted fitness, while Cus portrayed a football player. 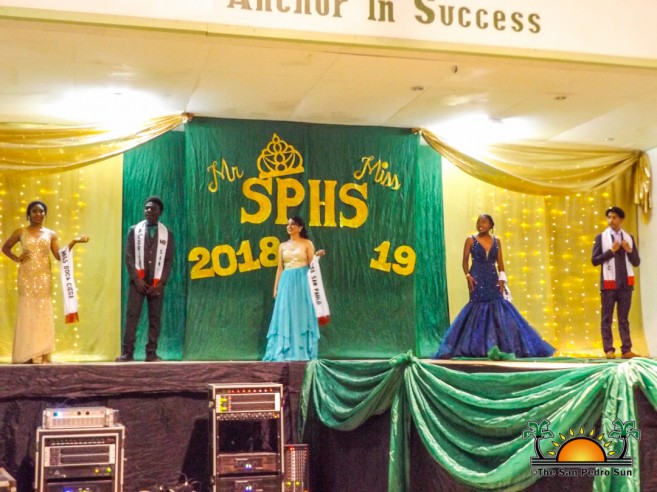 In the third segment of the pageant, contestants graced the stage in the professional attire depicting philanthropists of San Pedro. Some of these great contributors to the island depicted included former Mayor Elsa Paz, Elvia Staines, Celi McCorkle, the Late Barry Bowen and the Late Dr. Otto Rodriguez.
A musical intermission allowed the contestants to retreat backstage where they prepared for the gala outfit part of the show. A few minutes after, they were back in elegant gowns and suits modeling across the stage. A challenging question and answer segment then followed, with questions about tourism, the environment, family among others.

As the tabulators totaled the scores, the intensity inside the auditorium grew as the audience waited to find out the winners. Nuñez and Ramsey began announcing the winners by category. Congeniality went to Pilgrim and Cus. While the awards for most Photogenic went to Tzul and Dixion. Before the new Mr. and Miss SPHS 2018-2019 were announced, outgoing Miss SPHS Maryumit Triminio took her last walk on stage. 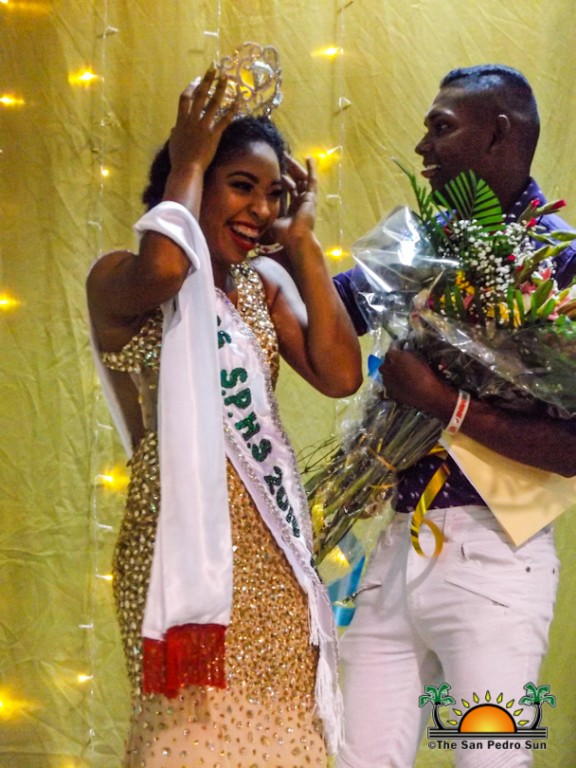 To the beat of drum rolls, Aaliyah Pilgrim was announced as the new Miss SPHS, while Kurt Cus became the first ever Mr. SPHS. 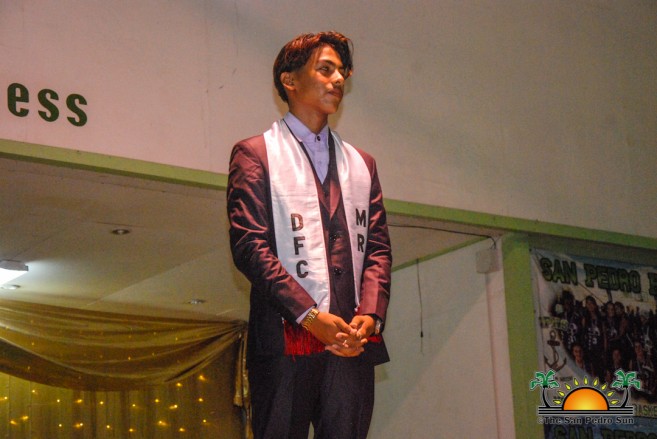 They were both crowned by the outgoing Miss SPHS, and they graciously acknowledged the crowd from the stage as the newest school beauty ambassadors.

The San Pedro joins the entire island community in congratulating the new Mr. and Miss SPHS 2018-2019.

Bailando a Todo Color: Carnaval 2016, a festival of colors