New Executive Director and Deputy take over at CRFM

NEW EXECUTIVE DIRECTOR AND DEPUTY TAKE OVER AT THE CRFM

Mr. Haughton was educated at UWI, Mona and the University of Buckingham, England where he did undergraduate and postgraduate studies in marine sciences, fisheries, and general management; and London Metropolitan University, and the College of Law, London, where he studied law.

He has a wealth of experience in fisheries and aquaculture development and governance, coastal and marine resource conservation and management, public administration, project management, and law. Prior to his appointment as Executive Director, he worked with the CRFM as Deputy Executive Director for the past 7 years, as Scientific Director of the CFRAMP Project for 10 years, as Fisheries Development Officer, CARICOM Secretariat, Guyana for 2 years, and for 9 years as Fisheries Officer and Acting Director of the Fisheries Department, Jamaica, where he started his career in fisheries In 1981. Mr. Haughton also worked for a short time (18 months) in the private sector with Grace Kennedy and Company Ltd, Jamaica in marketing, trade, processing and harvesting of fish and seafood.

He has played a central role in the development and implementation of a number of regional projects including the $20 million Canadian funded CRFAMP project, the Fisheries Component of the EU Funded Integrated Caribbean Regional Fisheries and Agriculture Project, IDRC funded regional project of community-based coastal resource management in the Wider Caribbean, Japanese funded project for the development of a master plan for coastal fisheries development in the CARICOM States, the ACP Fish 1 and 2 Projects, and the GEF funded Caribbean Large Marine Ecosystems Project.

As Deputy Executive Director he was responsible for the technical and scientific work of the CRFM and has provided strategic leadership for the development and implementation of the CRFM Strategic and Medium Term Plans, the Castries Declaration on Illegal, Unreported and Unregulated Fishing, the Draft Agreement on the Caribbean Community Common Fisheries Policy, and several other research and capacity building initiatives of the CRFM.  He has negotiated partnership agreements with  several international and regional organizations with an interest in fisheries in the region, including the International Ocean Institute, Dalhousie University; the United Nations University Fisheries Training Programme in Iceland; IOCARIBE/IOC/UNESCO; University of Florida Sea Grant; and NACA.

Mr. Haughton’s stated vision is to ensure that the fisheries and aquaculture sector in the Caribbean is transformed and developed into a dynamic, profitable, internationally competitive, and environmentally sustainable sector capable of making enhanced contribution to the economic development and food and nutrition security of the countries of the region. 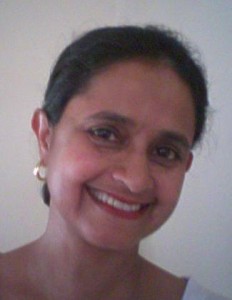 Dr. Susan Singh-Renton, the new Deputy Executive Director, holds masters and doctorate degrees in fisheries biology from the University of Buckingham. The research for her doctorate degree was completed while she was based at the UK’s Fisheries and Food’s Directorate of Fisheries Research Laboratory at Lowestoft in England during 1986-89.

Dr. Singh-Renton also brings to the position over 19 years of work experience in fisheries research and management, during which she has contributed expertise at all stages within the fisheries management framework, from the level of statistics and information to the level of policy analysis and advice.

In 2003, Dr. Singh-Renton became Programme Manager responsible for Research and Resource Assessment at the CRFM. In this capacity, she has served as the lead planner and co-ordinator for CRFM’s annual scientific meetings. These meetings conduct fishery assessments and produce scientific-based management advice on a routine basis, and address capacity building needs. The CRFM has gained international recognition for the work of its annual scientific meetings.

To further strengthen CRFM’s scientific capacity, Dr. Singh-Renton has recently collaborated closely with one of CRFM’s international partners, the United Nations University – Fisheries Training Programme in Iceland, for the purpose of developing a Caribbean-customized regional training course in fish stock assessment.  She has consistently contributed to CRFM’s strategic planning process, the formulation of regional project proposals for the international donor community to address priority policy and management issues, and multi-disciplinary deliberations for the formulation of CARICOM’s Common Fisheries Policy.

Since 1992, Dr. Singh-Renton has been the scientific advisor to CARICOM countries on matters handled by the International Commission for Conservation of Atlantic Tunas (ICCAT), which is the regional fisheries management organization for these species in this part of the world. And for the past twelve years, she has also been the regional policy and management advisor and analyst on ICCAT. In this capacity, Dr. Singh-Renton has successfully assisted CRFM States to overcome a number of major challenges, such as illegal fishing allegations, trade sanctions, and catch quota negotiations.

As the Deputy Executive Director of the CRFM Secretariat, Dr. Singh-Renton will continue her efforts to build the capacity of the CRFM to successfully deliver its mandate. She also seeks to improve the profile of the fishing industry in the region, by increasing understanding of the value of the industry, and realization of this value in real benefits for the societies concerned.

The CRFM is a regional fisheries body established in 2002 by CARICOM governments to coordinate and promote sustainable development and management of the fisheries and aquaculture resources and marine ecosystems of the region.

Manatees in Peril in Ladyville