The Government of Belize and the Government of the Islamic Republic of Pakistan signed a Joint Communiqué thereby establishing Diplomatic Relations between the two countries. 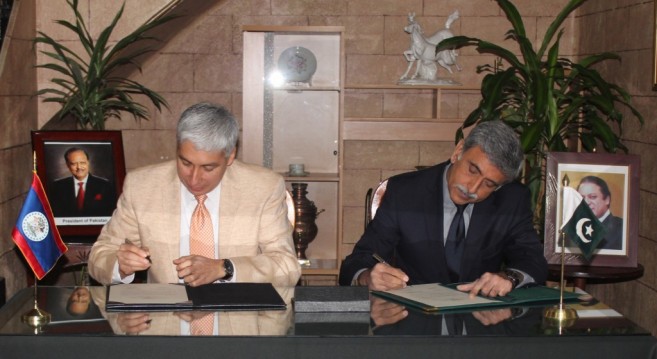 Ambassador Oliver del Cid signed the Joint Communiqué on behalf of the Government of Belize, while Ambassador Aitzaz Ahmed, Pakistan’s Ambassador to Mexico, signed on behalf of his country.
The Communiqué affirms the countries’ common interest in promoting and strengthening ties of friendship and cooperation, and agreed that their relationship would be guided by the UN Charter and the Vienna Convention on Diplomatic Relations. 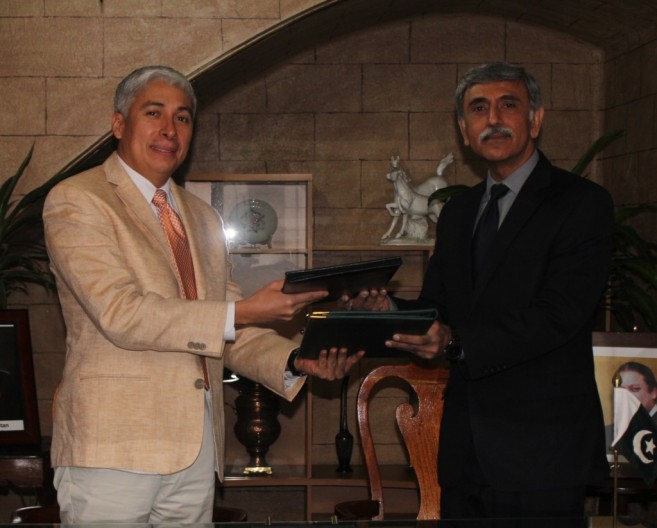 Following the signing, Ambassadors del Cid and Ahmed discussed areas in which the two countries could work together. Potential areas of collaboration and cooperation identified include sports, trade, education, science & research, and security, among others.

Belize Submits its Notification to the International Court of Justice