Home » Government » Statement by Foreign Minister at the 71st UNGA


Mr. President,
Allow me at the outset to congratulate you on your election as President of the seventy-first session of the General Assembly and to assure you of Belize’s fullest support.
Thirty-five years ago this week Belize became a UN member state. Membership confirmed our independence, sovereignty, territorial integrity, and place amongst equals in this community of nations. Regretfully, however, membership did not resolve the territorial claim laid to our country some eighty years ago by Guatemala.
Our track record since our independence confirms that Belize holds sacrosanct the dignity of the human person, the principles of justice, equality, inclusivity, and the rule of law. Belizeans are inherently altruistic and compassionate. In the nascent years of our independence when civil war ravaged our Central American region, Belize was the beacon of hope and sanctuary of choice for thousands of refugees including Guatemalans desperately seeking to escape the scourge of war, poverty and oppression. In the process Belize welcomed thousands of refugees amounting to well in excess of thirty percent of our then population. Indeed even to this day the flow of migrants into our country continues unabated. Belize is a nation of migrants all living in unity, peace and harmony. 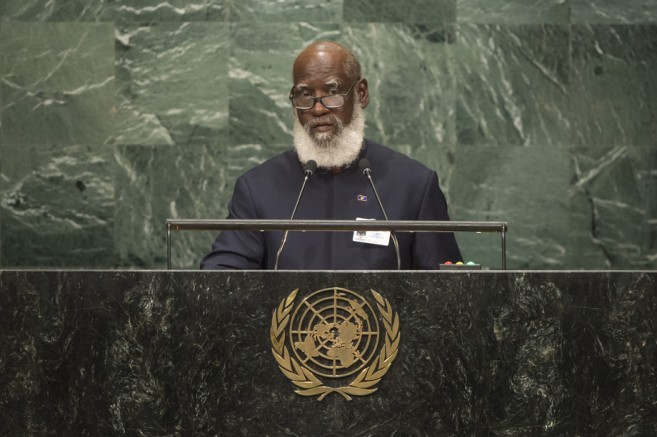