The Ministry of Health in collaboration with the Pan American Health Organization (PAHO) and the Caribbean Epidemiology Center (CAREC) – Trinidad and Tobago is pleased to announce the launch of the “Burden of Illness Study” – a research study on Food Borne Diseases in Belize to be officially launched on Thursday September 6th, 2012 at the Belize Biltmore Plaza, Belize City.

Food Bourne infections are major causes of illness and death worldwide. The World Health Organization estimates that in 2005, 1.5 million people died worldwide from diarrheal diseases attributed to food borne diseases. A separate study showed that at least 70% of the diarrheal diseases are food borne. Research has also provided evidence that these cases are not often reported.

In 2008, the Ministry of Health established a food borne disease surveillance system which monitors patients in the public and private facilities who suffer from acute gastroenteritis. CAREC, however has reported that data from across the Caribbean; including Belize, indicate an increase in the number of cases of acute gastroenteritis, a syndrome of food borne illness. The increased level however does not show the exact proportion of gastroenteritis that can be related specifically to food borne infections. 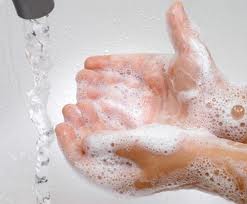 This study aims to determine the prevalence of acute gastroenteritis related to food and water infection and further investigates the more common viruses or bacteria transmitted by food. Additionally, it seeks to determine the magnitude of underreporting to the Ministry of Health and also strengthen the laboratory capacity for accurate diagnosis of the most common food borne illnesses.

The study will be coordinated by the Ministry of Health in collaboration with CAREC, PAHO, Ministry of Agriculture and a steering committee which will provide technical guidance for the finalization of the study and final reports. The study is estimated to conclude in August 2013.