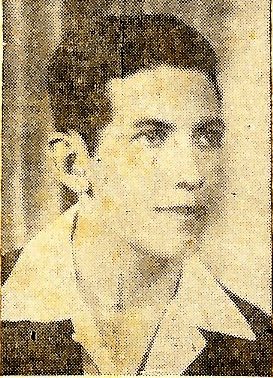 The People’s United Party (PUP) first Party Leader, John Smith, has died. 93-year-old Smith passed away on Tuesday May 15th surrounded by his wife and children in his home in Metairie, Louisiana, U.S.A. The announcement was made by the PUP Secretariat on Wednesday May 16th in which the Party says that “The PUP pays tribute to the life of John A Smith.”

John Smith became the first Party Leader of the People’s United Party September 29th, 1950 after the People’s Committee was dissolved making way for the first political party in Belize’s history. Smith led the PUP for two years, up to 1952, after which Leigh Richardson took over up to 1956. Smith stepped aside as leader following differences within executive members of the PUP. Besides being the first PUP Leader Smith was a Legislator in the British Honduras Legislative Assembly, Mayor of Belize City, City Councilor, and Vice-President of the General Workers Union.

His contributions to the building of a new Belize are two many to mention as he laid one of the pillows of what Belize is today. Smith was a member of the Belize City Council from 1944 to 1955, elected Mayor of Belize City in 1947 and 1950, member of the Legislative Assembly from 1948 to 1954, the founder of the People’s Committee in 1948 and first PUP Party Leader. He was also Vice-President of the General Workers Union.

Smith eventually moved to live in the United States and according to the release even though he moved “he truly loved Belize and always proud to say he was a Belizean. He has passed this love for Belize on to his children.” In the press release from the PUP, it is stated that he always credits the education he received at St. John’s College for his success.

Funeral Services for the late John A Smith will be held in Metairie, La. at the St. Phillip Neri Church on Saturday, May 19th. The PUP Press Release ended by saying that “The People’s United Party expresses its condolences to the family of John Smith.”

John A. Smith, FMLI, CLU, LUTC was born on May 9th, 1919. The San Pedro Sun takes the opportunity to express condolences to the Smith family, the PUP and to all Belizeans.

Caye Caulker Chairlady clarifies allegations regarding the performance of her administration