The Belize Rural South (BRS) People’s United Party (PUP) town council slate and standard bearer hosted their first endorsement convention on Saturday, August 23rd in San Pedro Town. The convention was held at the Central Park under the theme “We are the change, we are more, we are PUP” and saw a crowd of over 500 party supporters gathered. The purpose of the event was to introduce the candidates to the public and present the party’s agenda for the upcoming Municipal Elections on March 4, 2015, and General Elections in 2017. The PUP town council slate includes Conchita Flota, Marina Kay, Alex Noralez, Mundo Nuñez, Omar Guerrero, and current councilor Gualberto Nuñez Jr., along with Mayoral candidate Doctor Giovanni Solorzano. The BRS PUP Standard Bearer candidate is Elito Arceo.

During the day leading up to the convention, party leaders and representatives, including BRS PUP Chairman Nico Varela, Party Leader Honorable Francis Fonseca, Arceo and Solorzano took time to visit three areas in Ambergris Caye: San Mateo, San Pedrito and DFC. The delegation visited homes, sharing the PUP political agenda, and listened to the residents’ complaints and recommendations for the party. According to Hon. Fonseca these areas are the most neglected by the current government, an issue the PUP plans to address if elected. “The living conditions of these people is appalling. People living in swamps and impoverished areas is not healthy, and can lead to several other issues. The PUP plans to address these issues and bring development to the areas that are in most need of it.” The message of hope was well received in the communities that lack basic amenities. 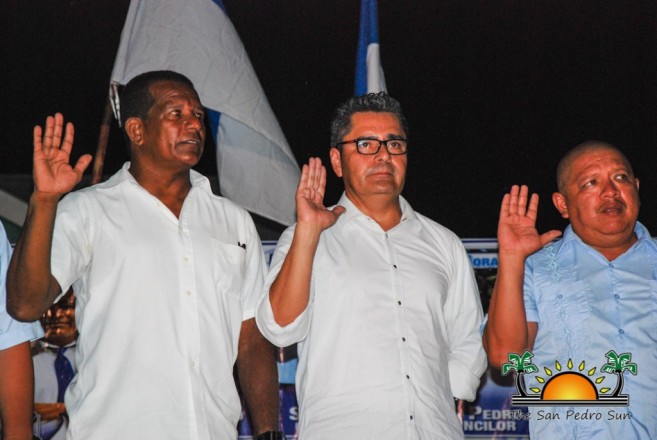 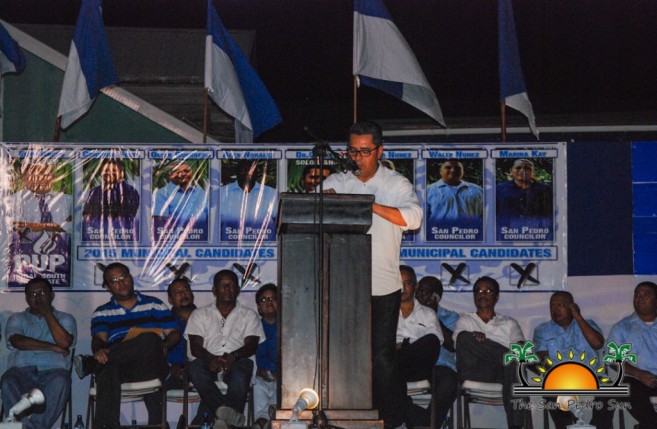 First to take to the podium was Solorzano. “San Pedro hasn’t experienced change in the municipal government for the past 12 years, due to the fact that the goals and objectives of improvement have remained dormant. There has been no improvement with regards to Education and Health, there has been a reduction in safety, an increase in crime rate, increase in fatalities, the parks and playgrounds have been neglected, the traffic has worsened, there has been no expansion of the electrification program, little or no expansion of water and sewerage program, little or no maintenance of streets and roads, and no infrastructure for social services,” said Solorzano. One of the main issues he hopes to address is poor living conditions and health care. “We need to fix all our streets and start a program for proper drainage, strengthen the supply of electricity and ensure fair and proper distribution of water and sewerage to our community. We will lobby with Central Government and assist with the construction of Government Primary and Secondary Schools as well as assist with the proper planning of a Government Hospital,” said Solorzano. He ended by stating that if elected, he would promote transparency and accountably. 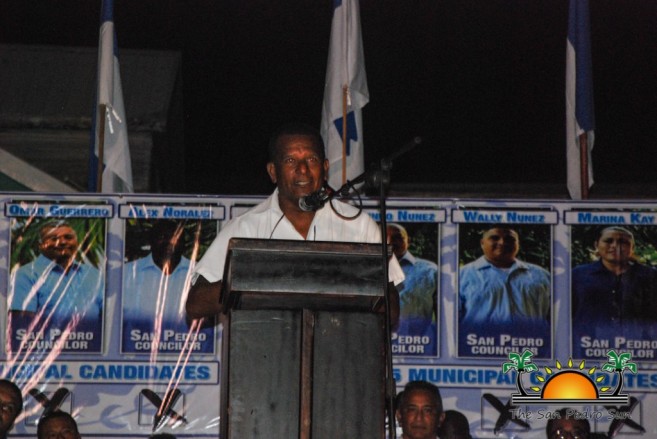 Arceo was next to speak, and he addressed not only the people of San Pedro, but those of Caye Caulker as well. Arceo stated that uncontrolled development in both islands is leading to problems, he plans to make the legalization of the Master Plan a priority. “Our party leader has made a solemn commitment and pledge, that the next PUP government will return a portion of the revenue that these islands generate back to this island in the form of infrastructure development, investments in health, education, public services, technological services, land development and of course protection of our environment. We need a new and more progressive and equitable budgetary process that allows communities like San Pedro and Caye Caulker to realize a greater and fairer return on the revenue it generates for the national economy,” said Arceo. “No one in Belize should be allowed to live in deplorable conditions. We need more schools and opportunities for our youth. Utilities need to be available to all areas, especially to San Pedro’s San Mateo. The PUP will ensure that the people have a brighter future to look forward to.” Arceo also spoke on tourism growth. “The tourism industry is rapidly growing, we want to ensure that it continues to grow and benefit the people. Right now, we are reviewing the taxes businesses pay so that we can give back to the industry. We need to set a foundation for the industry to develop, we need roads, drainage and sewage so that the level of tourism being offered improves. Also we need to protect our natural resources and promote eco-tourism,” said Arceo. 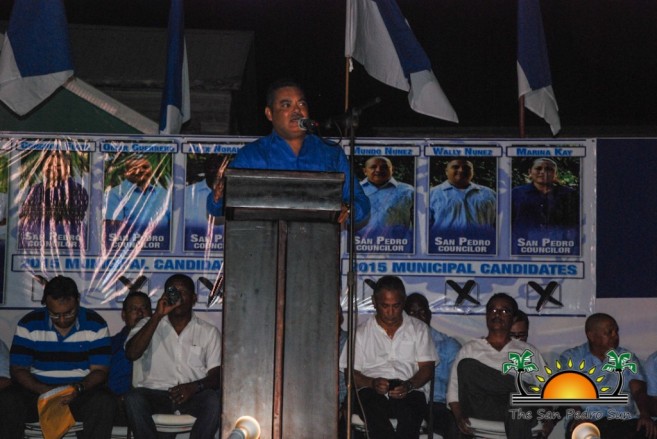 Closing the event was Hon. Fonseca, who promised to increase the subvention to Ambergris Caye if the PUP forms the next central government. “It is without a doubt that San Pedro is one of the largest contributor to the revenue of Belize, therefore it is only just that it receives a fair amount. The PUP will ensure that both Ambergris Caye and Caye Caulker benefit from their hard earned tourism revenue and see development is the areas most needed,” said Fonseca. After the formalities, the crowd enjoyed dance performances by San Pedro’s Havawakeez. In addition, great prizes were raffled though out the event.