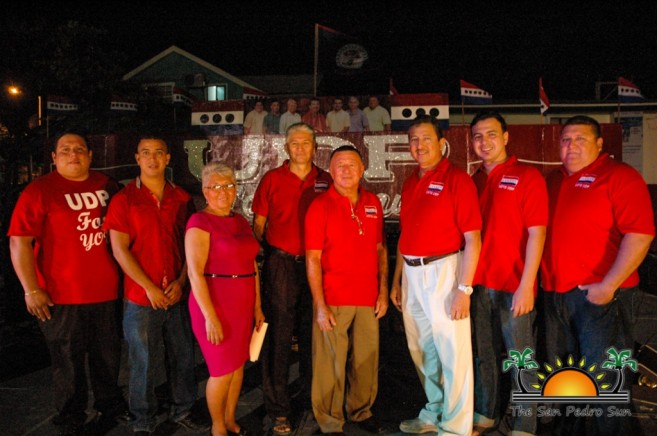 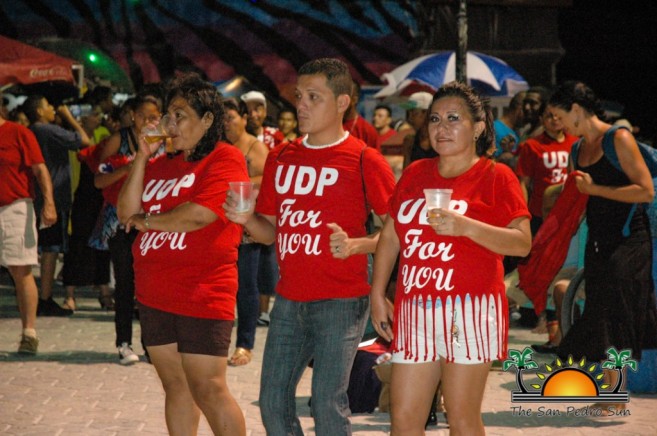 Later in the evening, Minister of National Security and Area Representative for Belmopan, Hon. John Saldivar took to the podium, addressing the hundreds that had come out to the convention. Saldivar spoke of the consistency and responsibly of the current administration, reminding voters of the “mess” that the past People United Party (PUP) had left behind “we [UDP] had many problems to overcome and a lot of mess to clean up that the PUP had left from governing this country for ten years from 1998 to 2008. The first five years was very difficult. One of the first things we did when we repeated as the government of Belize in 2008 was to renegotiate the Super bond, we were very successful in shaving off 30 million dollars per anum from that bond which has been put there by the PUP.”
In addition to Saldivar’s address the crowd also heard from numerous party supporters. Speakers included Hon. Patrick Faber, Punta Gorda Town Mayoral Candidate Fern Gutierrez, and Carlos Valdez, who all rallied the crowd to stick to what has been working. Each speaker reminded the audience of the positive works of the UDP administration in each electoral division, including road infrastructure, waste management, works in the schools, scholarship distributions, and the establishment of beneficial foreign relations among others. 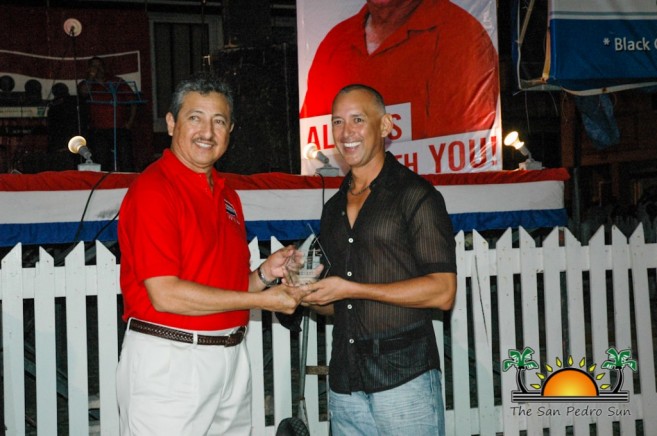 Throughout the night, the party presented awards to loyal party supporters from both San Pedro and Caye Caulker Village that have been an essential part of the UDP’s two term victories. As the night winded down the last two speakers, Mayoral Candidate and current Mayor Daniel Guerrero followed by the Hon. Manuel Heredia the BRS UDP Standard Bearer candidate, stuck to the message of the night. Both candidates reassured voters that voting for the UDP would mean voting for the betterment and continued progress in San Pedro Town.

As Councillor Carlos Barrientos closed off the night, The Gilharry Seven band struck up the tunes as the UDP slate celebrated along with their supporters for their past victories and a hopeful victory to come.