« Older: Letter to the Editor: Gualberto “Wally” Nunez
Newer: » Belizeans in 7 municipalities and 2 cities go to the election polls


The two major political parties on the island, The United Democratic Party (UDP) and the People’s United Party (PUP) both held separate pre-election rallies over the weekend. The UDP held their rally on the night of Saturday February 28th, while the PUP held theirs during the day on Sunday March 1st. Each of the parties managed to flex their strength as they brought in some of their leaders for the event. 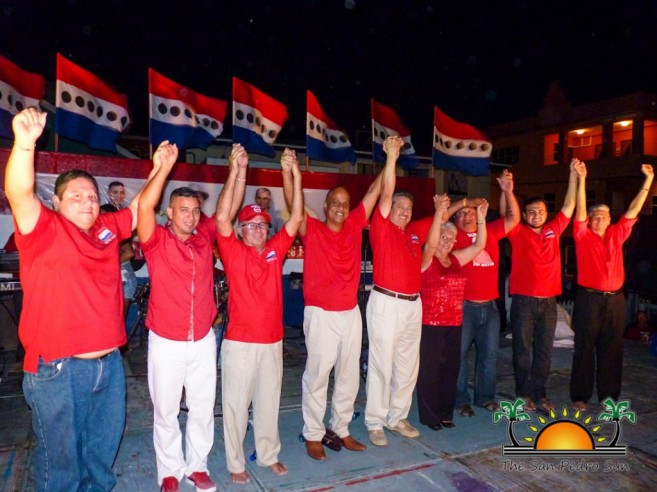 For its part UDP brought in the Prime Minister of Belize Honorable Dean Barrow who was greeted by a large crowd of supporters who had assembled at Maya Island Air. While music blared, the crowd of supporters marched through the streets of San Pedro, jumping up to the beat of their political songs. The parade culminated at the San Pedro Central Park where the rally followed. 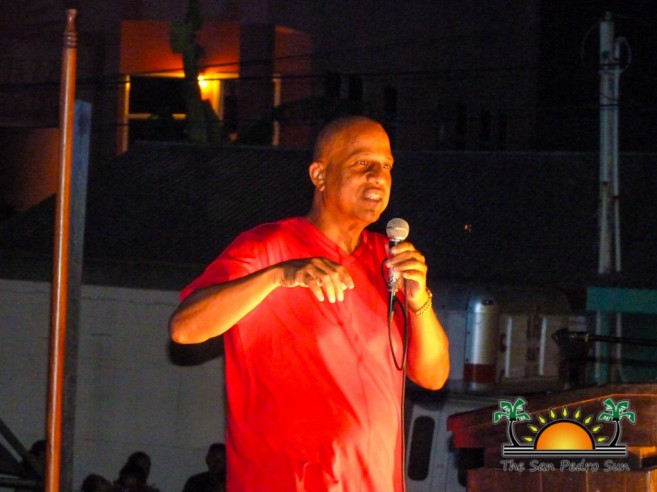 Speakers included the UDP candidates contesting the March 4th municipal elections on Ambergris Caye, Area Representative Manuel Heredia Jr. and Prime Minister of Belize and Leader of the UDP Honorable Barrow. “This development will continue under an elected UDP Town Council and under the leadership of Daniel Guerrero,” said Barrow in his remarks. 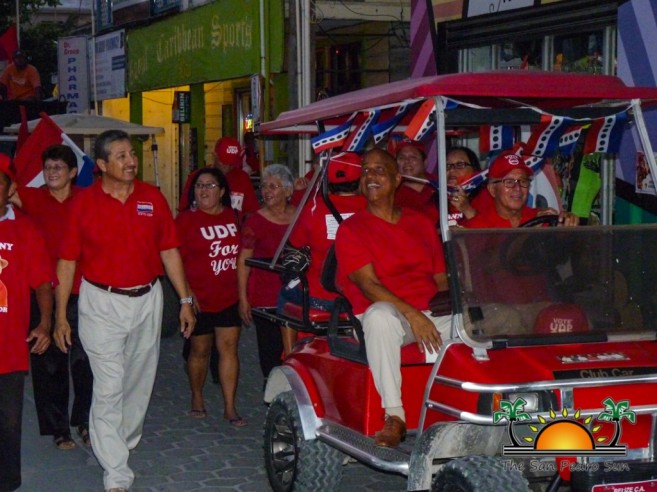 Amongst the most notable promises made is the continuation of the northern road in the next few years ahead, with the intention to reach the once used old Nova Airstrip which Barrow says “will be transformed into another International Airport.”


The political celebration went into the wee hours with the music of Ernestine Carballo, Punta Boys and Super Furia Band. 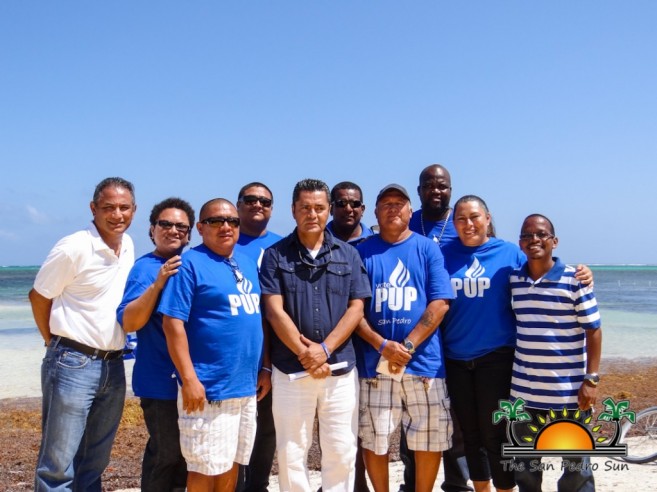 Leading up to their rally, PUP Town Council Candidates and supporters greeted Party leader Francis Fonseca, who was on the island for the day on Saturday, February 28th showing support and visiting residents across La Isla Bonita. The following day, the PUP showcased their strength in an all-day beach party at the Boca del Rio Park. All candidates, along with PUP Belize Rural South Standard Bearer Elito Arceo delivered inspirational speeches to those in attendance. 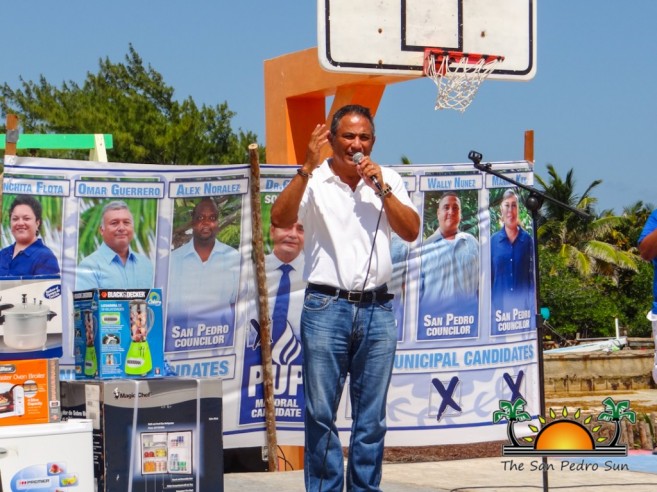 Guest speakers at the rally included Orange Walk Central Area Representative John Francis Briceño, Orange Walk Mayor Kevin Bernard and Kareem Musa. “The PUP is the change that this country desperately needs. The people of San Pedro want to see a better life and that will be achieved under your PUP town council. We are here for you, to make the necessary change and to improve the living conditions for all in the beautiful island of San Pedro,” said Briceño. All other speakers reiterated the message of change under a PUP administration. 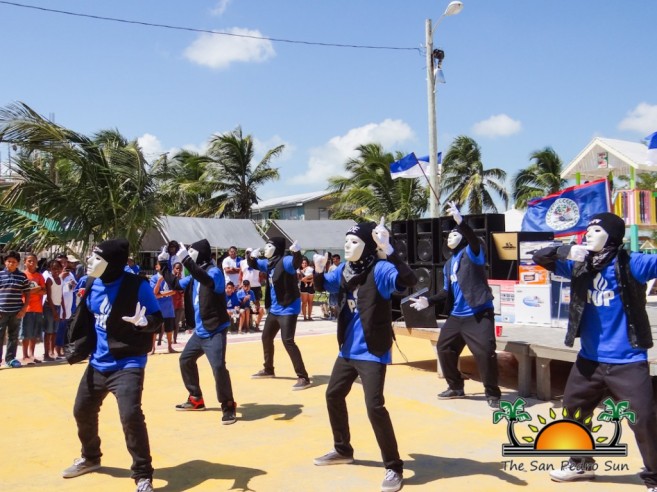 With lot of eats and drink, live performances and music, the rally went on for 12 hours.
Polling stations for the 2015 Municipal Elections open tomorrow, Wednesday March 4th, at 7AM. Polling area for San Pedro Town is the San Pedro High School. A photo identification is required to vote. Polls close at 6PM.