On Saturday, October 31st, the Mexican newspaper, Diario Respuesta from Playa Del Carmen, Quintana Roo, published an article alleging the link of a United Democratic Party (UDP) representative to organized drug crime along the border. The person in question is Orange Walk South’s UDP Standard Bearer Guadalupe “Lupe” Magaña who is believed, along with her husband, to have connection to Emerlindo “Melin” Vasquez who was arrested for the production of methamphetamine. In their report, Diario Respuesta alleges that Nico Dyck, Magaña’s husband, is part of the same cartel as Vasquez and fueled his wife’s campaign with funds from the illicit activities. 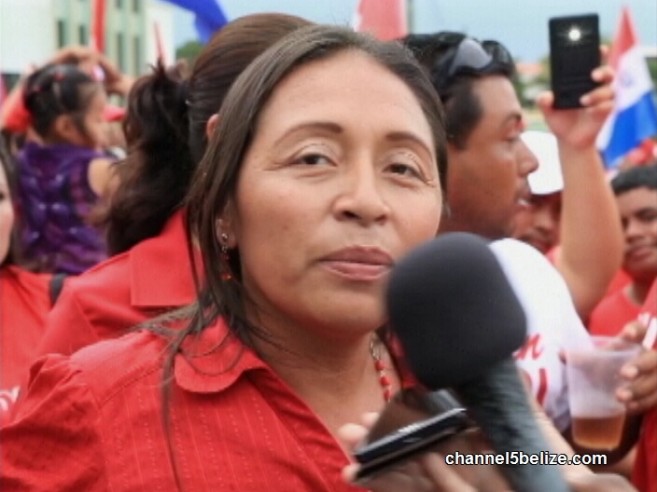 Diario Respuesta goes on to allege that Dyck, a Mennonite farmer of Blue Creek Village, has reportedly visited Vasquez several times at the Centro de Reinsercion Social in Chetumal where he was remanded after being arrested. “It is presumed that the election campaign is financed by organized crime, where the husband of the candidate, Nyco Dyck, is the link because he is linked to Ermelindo “Melin” Vasquez, a prisoner at the Centro de Reinsercion Social (CERESO) in Chetumal, in the production of methamphetamines. According to files of the Belize Police Department, dated September 8, 2015, the research (on Dyck’s and Vasquez connection) has been done for a long time… Vazquez, who despite being held at the CERESO Chetumal, maintains control of the production and trafficking of methamphetamine. Methamphetamine production is done in a clandestine laboratory in San Carlos Jungle and Indian Church, administered by Nyco Dyck,” says Diario Respuesta (translated from Spanish). Vasquez was arrested on February 12, 2013 by members of the Mexican Navy when he was found with 45 kilograms of crystal meth in a home in Chetumal. 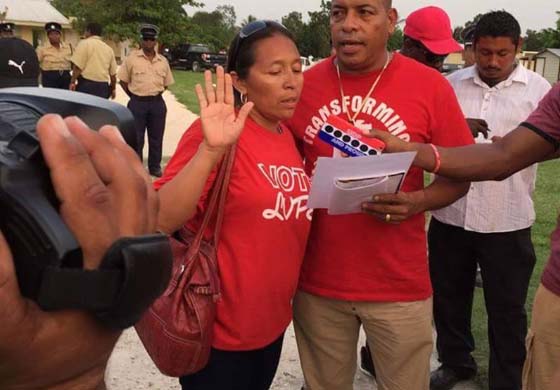 Up to press time, neither the Belize Police Department, Ministry of National Security nor the UDP have released a statement on the matter, but Diario Respuesta alleges that both Magaña and Dyck are being investigated. Commissioner of Police Allen Whylie, claims that they have no knowledge of any investigation into Dyck or any link between Magaña and organized crime. The San Pedro Sun also attempted to contact personnel within the department to verify if indeed investigations were carried out on Dyck and Magaña, but to no avail.
Magaña lost the Orange Walk South seat during General Elections on Wednesday, November 4th to People’s United Party Standard Bearer, Abelardo Mai.