The Caye Caulker Ballers 4 Life Basketball Tournament held its sixth week of games over the weekend and is gearing up for the playoffs. The tournament has seven teams from Belize City, San Pedro Town and Caye 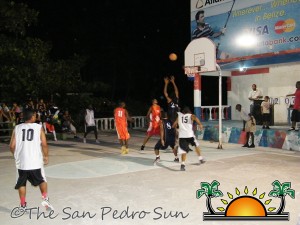 Caulker village in a 12-week tournament. With the sponsorship of the Belize Tourism Board and the San Pedro Belize Express Water Taxi, the tournament is a huge success, attracting many people for the regular Saturday night games being held at the Caye Caulker Basketball Court.

Speaking to The San Pedro Sun, organizer Charles Young Jr. explained that, “the tournament is geared at engaging at risk youth of 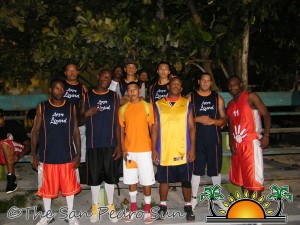 both islands in some sort of sports. It is also an opportunity for me (Charles) to give back to the communities.”

The teams competing are: Hot Skull, Lazy Lizard Black Neighborhood, Bun Fire and Hard Time Hustlers from Caye Caulker; ET Center/ Jolly Rogers from Belize City and Tuff E Nuff from San Pedro
On Saturday, August 25th Tuff E Nuff, led by Rico Black, played Lazy Lizard and managed to win by a comfortable margin of 78 to 69 points. So far Tuff E Nuff has won three out of four games played and has two more games before the play off.

Standings are as follows: 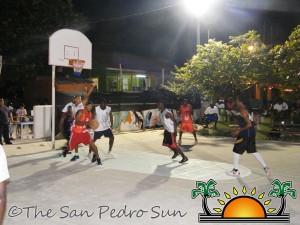 After the regular season, the four top teams will advance to the playoffs. The San Pedro Sun will have updates of the tournament.

U-15 and U-17 Inter-District Football Tournament playoffs begin!