A friendly football match in the over 35 league between San Pedro’s Liga Football Club (F.C) and Mexican Team La Raza from Jose Maria Morelos, in the State of Quintana Roo, was held on Saturday, November 30th at the Ambergris Stadium. Both teams showcased years of football experience and discipline, but in the end, it was La Liga who prevailed with a 3-1 victory. 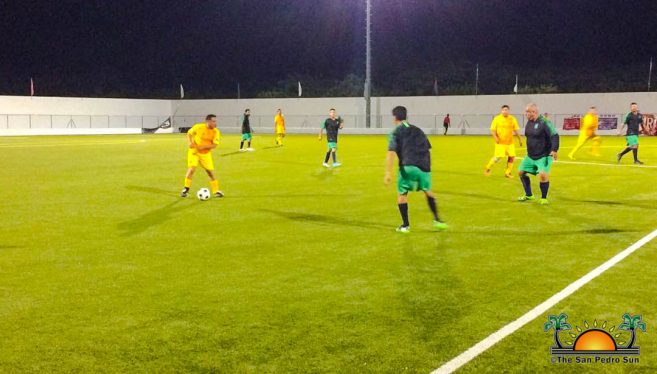 The game started at 7:30PM sharp, with the singing of both the Belize and Mexico anthems. During the first half of the game, La Raza, La Raza was dominant, but could not open the score. Near the end of the first 45 minutes, La Liga managed to make the first goal. 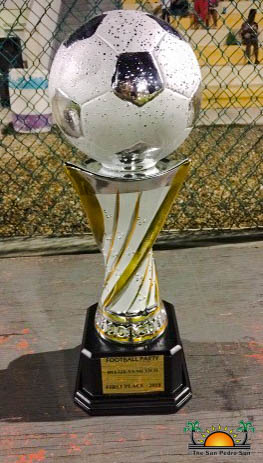 In the second half, La Liga increased their pressure and netted their second goal. La Raza tried to get back on their feet and managed to score their first and only goal. However, they failed to maintain the momentum, and La Liga took advantage of another opportunity, sealing the match 3-1. Following the game, both teams for their performance on the field, and La Liga was presented with a beautiful trophy.
Both teams thank the fans for their support in coming out to see the game. Liga F.C. also thanks La Raza for accepting the invitation to Belize, and they look forward for another round of games sometime next year.