A bush bar and grill has opened in town, decked with a jungle theme ambiance right on Seagrape Drive south of San Pedro Town. Camo Cantina and Island Ops is the new watering hole serving a unique menu inspired by camping cuisine complemented with amazing outdoor live action gaming. Yes! Live action Laser Tag is played with guns that fire infrared beams. Owners Jason Southwell and Phil Rigby wanted to bring something new to the island and their new place is unlike anything on the island. 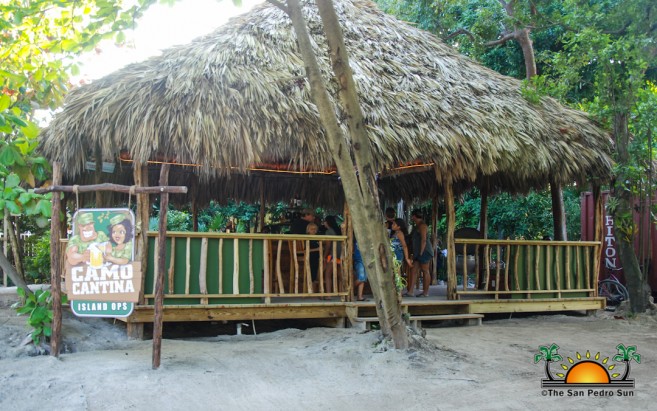 The thatched roof bar is impossible to miss and once you walk into the cool atmosphere it is a welcoming one. Southwell explained that when they thought about the laser tag idea it was imperative that the place be a great place to hang out while enjoying some laser tag. The jungle-themed bar is fully stocked, with four flat screen TV’s, grilled food, ample space and the most friendly and professional staff. A popular grub on their menu is the food pockets which are filled with a variety of items, from pasta, chili, meat, cheeses and more. 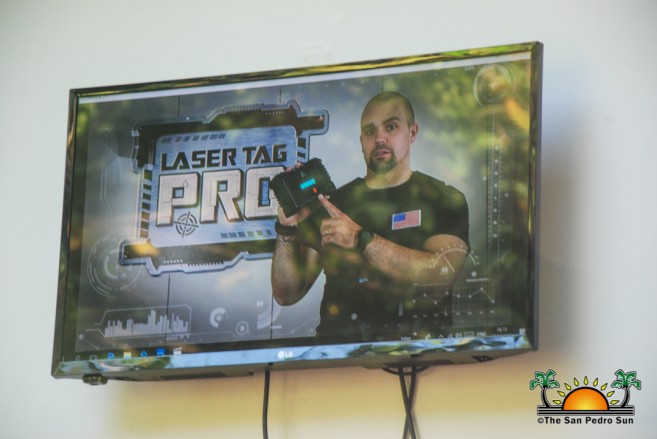 While hanging out at the bar why not sign up for a little action and try a round of laser tag? According to Southwell, the laser tag experience is mainly targeted for older teenagers and young adults, however, everyone is welcome. The game can be played in groups of ten, eight, four or one on one. Before the game starts players watch a short video giving them instructions how to use the equipment. Then everyone is separated into two groups (group red and group blue) with the task to overcome their opponent. Each game usually lasts ten minutes. 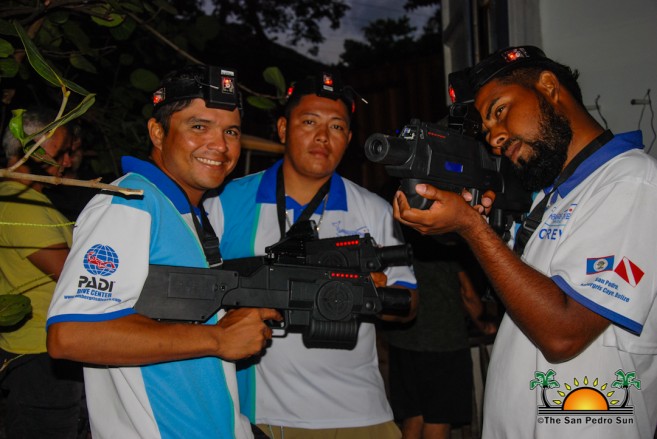 “We want to give players the feeling of being in a video game, where they have to beat levels, similar to Call of Duty,” said Southwell. “When they finish playing and return the next day or in a couple of days, they can pick up from where they left off and continue climbing levels.” Southwell is also thinking of organizing tournaments. “At the end of the competition we will award the top teams and then at the end of the year we will bring the top teams back and have an end of the year competition where the top team for the year will be awarded a trophy,” said Southwell.

If you are looking for something out of the ordinary, but active and fun then swing by Camo Cantina. They are open every day from 11AM to 11PM. To find out more about them you can also call 615-1011 or via their Facebook page at https://www.facebook.com/camocantina/.