SYNOPSIS: An active tropical wave, the remnants of tropical depression seven, is moving into the central Caribbean this evening. This tropical wave is tracking westward at 20 mph. At this rate this system will reach the shores of Belize late Wednesday night. Showers and thunderstorms will begin affecting areas of coastal Belize as early as Tuesday night and Wednesday morning. The airflow over the NW Caribbean will remain moist and unstable on Thursday through Sunday, supporting more outbreaks of showers and thunderstorms over most districts. 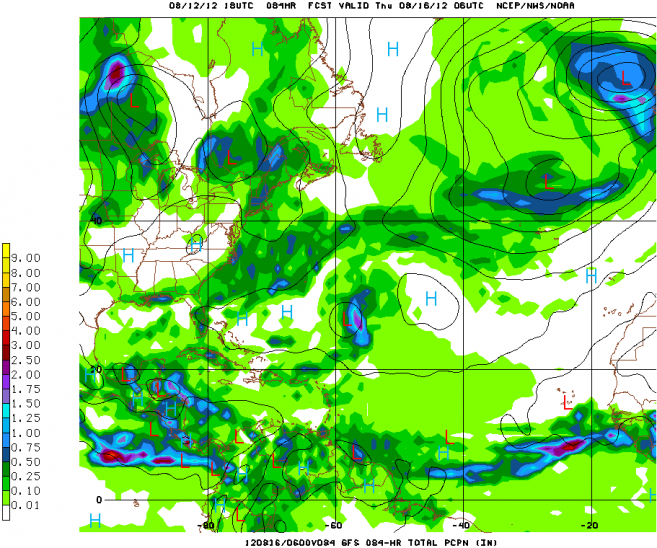 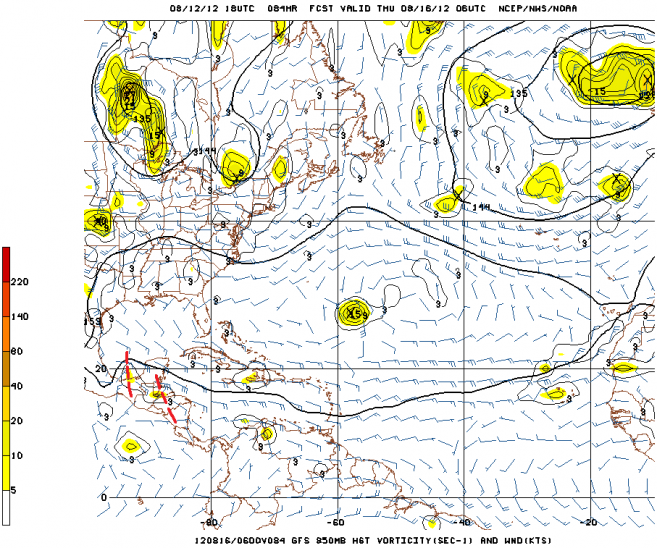 1. A TROPICAL WAVE…THE REMNANTS OF TROPICAL DEPRESSION SEVEN…MOVING INTO THE CENTRAL CARIBBEAN SEA IS PRODUCING AN AREA OF DISORGANIZED SHOWERS AND THUNDERSTORMS EXTENDING FROM NEAR ARUB NORTHEASTWARD TO THE LEEWARD ISLANDS. ENVIRONMENTAL CONDITIONS ARE NOT EXPECTED TO BE CONDUCIVE FOR REGENERATION…AND THIS SYSTEM HAS A LOW CHANCE…10 PERCENT…OF BECOMING A TROPICAL CYCLONE AGAIN DURING THE NEXT 48 HOURS AS IT MOVES WESTWARD NEAR 20 MPH.

2. THERE HAS BEEN LITTLE CHANGE WITH A BROAD AREA OF LOW PRESSURE LOCATED OVER THE EAST-CENTRAL ATLANTIC OCEAN ABOUT 900 MILES WEST-NORTHWEST OF THE CAPE VERDE ISLANDS. ANY DEVELOPMENT OF THIS SYSTEM IS EXPECTED TO BE SLOW TO OCCUR DURING THE NEXT COUPLE OF DAYS…ALTHOUGH ENVIRONMENTAL CONDITIONS COULD BECOME MORE CONDUCIVE AFTER THAT TIME. THIS SYSTEM HAS A LOW CHANCE…10 PERCENT…OF BECOMING A TROPICAL CYCLONE DURING THE NEXT 48 HOURS AS IT MOVES WEST-NORTHWESTWARD AT AROUND 20 MPH.

ELSEWHERE…TROPICAL CYCLONE FORMATION IS NOT EXPECTED DURING THE NEXT 48 HOURS. FORECASTER BLAKE 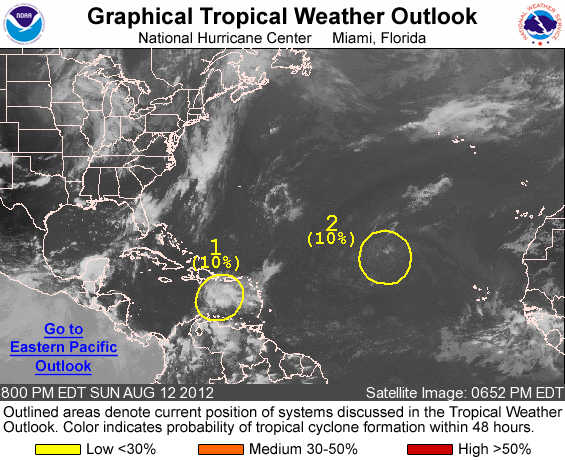