« Older: Two injured in accident on board a GOB Polaris
Newer: » Electrical failure is the cause of Ramon’s Village Resort fire 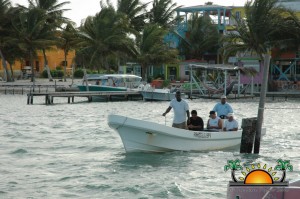 A fisherman living on Caye Caulker is missing and police and authorities on the small island have launched a search and rescue operation. Caye Caulker police are reporting that the missing man was with three others who went fishing at 8AM today, September 19th.

According to police the missing person, a 55 year old fisherman originally from San Ignacio, was fishing with Donicio Edwards originally of Santa Elena – Cayo Valentin Verde of Sarteneja Village – Corozal and Jimmy Andrews (origin unknown). According to Inspector Jesus Palma of Caye Caulker Police Station, Edwards reported to the police that sometime around 9AM, while free diving for fish near the South Channel area off Caye Caulker, they noticed that one of their companions had not returned to the vessel. They immediately began searching for him but their efforts were fruitless. They returned to the island where the police were notified and a search and rescue effort was launched.

Inspector Palma said that since the report, a joint team from the Fisheries Department based on Caye Caulker and local police officers are 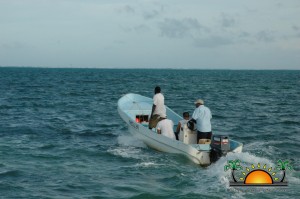 out on high seas conducting search and rescue operations. So far those efforts have been unsuccessful. “My understanding is that the missing person is an experienced fisherman and his companions believe that there is a possibility that he drifted into high seas, and may be alive. Thus, our search effort continue,” said Palma. According to police, the weather was not the best off the coast of Caye Caulker as there was a small craft warning for the coastal waters of Belize.

While police would not release the name of the missing fisherman until the family is properly notified, Palma said that the police have requested the assistance of the Belize National Coast Guard but have not received any positive feedback.

The San Pedro Sun will continue to follow this story and will have more details as they become available.

UPDATE Sept 20, 2013: Fisherman swims to shore after floating for 16 hours

The search for a missing fisherman living on Caye Caulker Village ended on a positive note. According to police, 55 year old Onocisero Hernandez was able to swim to shore after floating for over 16 hours.

Inspector Jesus Palma of the Caye Caulker Police Station told The San Pedro Sun that sometime around 1:20 AM on Friday September 20th, Hernandez swam to the beach on the southern part of the Caye Caulker. “He said that while diving, because of weather condition, he drifted outside of the reef. Hernandez indicated that he remained in the water the entire time and attempted to swim to Caye Chapel but because the current was too rough, he decided to just remain outside of the reef until the conditions calmed down,” said Palma.

Police launched a search and rescue operation yesterday after Hernandez was reported missing by his three companions, Donicio Edwards, Valentin Verde and Jimmy Andrews. The three told police that they became concerned when Hernandez did not returned to the boat after free diving for fish for over an hour. The four fishermen were in the South Channel area off the eastern coastline of Caye Caulker. It is believed that the rough seas contributed to Hernandez drifting outside the reef.

After he swam to shore, Hernandez was examined by a doctor who found him to be in good health condition. He had a small wound to his feet where he made contact with the reef.