Gabriel Zetina a San Pedro High School (SPHS) 2015 graduate suffered major injuries in a traffic accident on Friday, June 12th. The incident occurred near Caribeña Fuel Station just south of Town core. Zetina suffered two critical fractures on his left leg and several other fractures to his lower foot and ankle. Due to this incident, the senior student was unable to attend his graduation ceremony on Saturday, June 15th. Zetina was taken to the Karl Heusner Memorial Hospital, where he is waiting on news if further surgeries will be needed to save his leg. 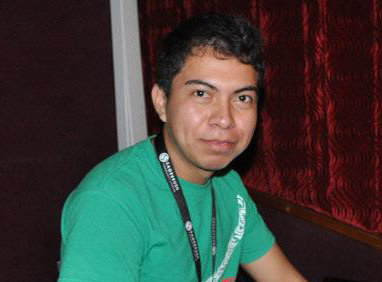 According to Zetina, on Friday, he was driving a golf cart accompanied by other friends when a blue taxi van coming in the opposite direction, allegedly on the wrong side of the road, almost ran into them. “I was driving on my right, but the other vehicle was on the wrong side of the road coming straight to me. I swerved to the left to try and avoid a collision, and then I did a hard right to avoid running off the road, but when I did that, the golf cart flipped and fell on my left leg,” explained Zetina via a phone interview. He said that the taxi driver continued on his way without stopping to check on them.
Zetina denies the rumors that he was under the influence of alcohol when the accident happened. He maintains that he was sober and in good condition while driving. While he remains at the Karl Heusner Memorial Hospital getting treatment, Zetina laments that he could not attend his graduation ceremony, and is not unable to start his summer program at St. John’s College Junior.
San Pedro Police has since launched an investigation in to the incident. If anyone has information as to the driver of the taxi cab involved in the accident, please don’t hesitate to contact the police at 206-2022.