Tragedy struck Varela’s Cargo Service Limited on Thursday, June 25th, when owner and tug boat captain, 80-year-old Leovijildo ‘Leoli’ Varela was lost at sea and is yet to be found. The incident occurred sometime around 9PM, when the vessel experienced problems while trying to dock at the Port of Belize, In Belize City. Several searches for Varela was conducted, but on Sunday, June 28th, the Belize National Coast Guard (BCG) concluded the search declaring Varela dead. While family members in San Pedro are still in shock, they have accepted the death of their loved one and are now in the process of planning a memorial service. 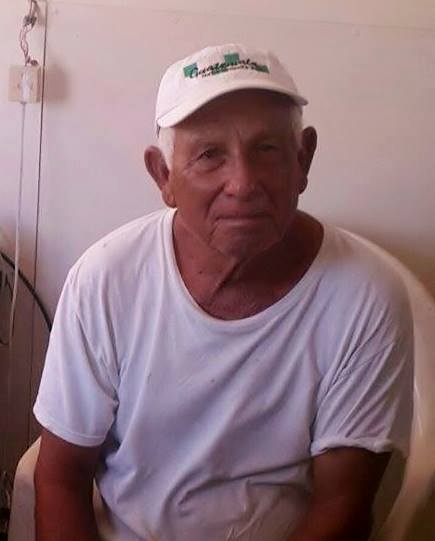 According to initial reports, due to inclement weather conditions, the crew had detached the barge from the tug boat, “San Vicente”, to avoid colliding with the pier. But the heavy rains and rough water conditions caused the tug boat to swerve, crashing into the barge where Varela was on deck. The force of the impact sent him overboard and Varela did not resurface. Crew members claim that they saw blood in the water immediately after the incident, which led to speculation that Varela might have suffered some sort of trauma, which prevented him from resurfacing.
“We got a call from our security people around 9:30PM that we had an incident where a barge had run into the pier. So, I came very quickly and what I saw was that a barge was lodged against the pier. There was no tug boat in sight at the time, but my security guard had told me that the tug was already by the marina. I was also told that somebody may had fallen overboard. I was on the pier and the sea was extremely rough. The barge was heading towards the pier and he was trying to stop that. So he was trying to pull the vessel back, which was not possible. The sea was so rough that it caused the vessel to tilt. There was a collision between the barge and the tug and that’s when the other crew members told the police that was when they saw Varela go overboard. One of the crew members was saying that he was probably hit. So he may have been injured after falling into the water. But we are not sure, and don’t want to speculate,” said Chief Executive Officer of the Port of Belize, Arturo Vasquez.
Due to the weather conditions and rough seas, a search for Varela could not be properly conducted until Saturday, June 27th. “We deployed a team of divers to conduct diving operations immediately. But the bad weather conditions did not allow for a thorough sweep. We also did surface operations, having boats patrol the area and be on the lookout. If he did drown on the spot, we would expect him to surface in approximately 72 hours. Now if he died on impact or whatever, then we expect otherwise. Due to the change in currents we cannot be sure where the body may have ended up. The weather conditions were very bad and that causes a shift in currents that may have caused the body to drift to open waters,” explained BCG search effort coordinator, Ensign David Ayala.
The San Pedro Sun extends its deepest condolences to the Varela family.

Photos:Electrical failure is the cause of Ramon’s Village Resort fire