28-year-old Samuel Pasqual, a mechanic from San Pedro Town died early this morning April 4th, in a motorcycle accident on Seagrape Drive. Pasqual suffered severe head injuries after colliding with a cement pillar on the right hand side of the road. It is alleged that he died on the spot. 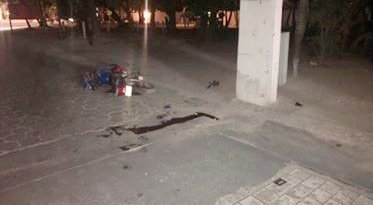 According to reports, Pasqual was traveling in a southern direction around 1:45AM, when he lost control after driving over a bump and collided into a cement pillar. When police arrived, he was observed with severe head injuries and was rushed to the Dr. Otto Rodriguez San Pedro Polyclinic II. Pasqual was unconscious and doctors made several attempts to revive him but with no success. He was pronounced dead at 2:15AM.
His body now awaits at the San Pedro Morgue from where it will be transported to Belize City for a post-mortem examination. The San Pedro Sun understands that his family is making arrangements to transport the body back to Guatemala once the post-mortem is concluded.
Pasqual is survived by his common law wife, relatives and a host of friends.

Government of Belize Contributes to Relief Efforts in Dominica