CCRIF SPC made a payout of US$203,136 to the Government of Belize on its Excess Rainfall parametric insurance policy following three days of heavy rains during Tropical Storms Amanda and Cristobal. Amanda was a tropical cyclone that originated in the Pacific Ocean and brought rains that affected Belize on 30 May and then weakened. However, the remnants of Amanda then reorganized to form Tropical Storm Cristobal in the Gulf of Mexico – thus becoming a cross-over cyclone from the Pacific to the Atlantic. 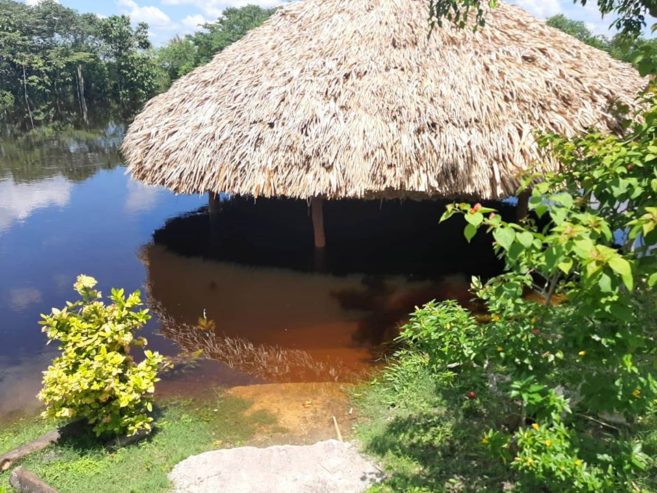 This payout was made on Belize’s 2019/20 excess rainfall policy, which the country has renewed for policy year 2020/21. This is the second payout that Belize has received from CCRIF. In 2016, the Government received a payout of US$261,073 following Tropical Cyclone Earl. The Government used the payout from Earl for immediate clean-up and recovery.

Since its inception in 2007, CCRIF has made a total of 43 payouts for 21 events (earthquakes, tropical cyclones, and excess rainfall events) to 14 member governments totalling US$155.8 million. CCRIF’s payouts are made within 14 days of an event, allowing governments to begin to address immediate needs after a hazard event. In the 2019/20 policy year which ended May 31, 2020, CCRIF made five payouts as follows: two to The Bahamas totalling US$12.8 million following Hurricane Dorian, which battered the Abaco Islands and Grand Bahama in September 2019; one to Trinidad &Tobago totalling US$362,982 for its excess rainfall policy, which was triggered due to rainfall associated with Tropical Cyclone Karen in October 2019; one payout of US$3.6 million to Guatemala also due to rains from Amanda and Cristobal; and this payout to Belize.

In addition to insurance payouts from CCRIF, Belize also benefits from the CCRIF Technical Assistance Programme. In 2017 for example, CCRIF provided a US$100,000 grant to the Government of Belize to purchase 30 automatic weather stations to provide the Meteorological Service with access to real-time rainfall data. These stations have been installed throughout the country and meteorology technicians have been trained on how to properly set up the stations, configure the sensors and data-loggers to measure and transmit data to the Meteorological Service. The instruments and related capacity building are improving the Government’s ability to monitor, record and forecast rainfall within Belize and better prepare the country for hydro-meteorological events.

CCRIF also has provided four scholarships to Belizean students – for two meteorological officers Ms. Michele Natalie Smith and Ms. Shanea Young to pursue studies for a Bachelor of Science degree in Meteorology at the University of West Indies, Cave Hill campus in Barbados and an additional scholarship for Ms. Young to pursue an M.Sc. in Applied Meteorology at the University of Reading in the UK. Her dissertation was on “The effect of drought on the water balance and yield of crops in Belize”. The fourth scholarship was for Ms. Vanesa Zulema Ayala toward her completion of a B.Sc. in Civil with Environmental Engineering at the UWI St. Augustine campus in Trinidad.

Also, through its Small Grants Programme, CCRIF has provided a grant to an NGO in southern Belize, Humana People to People Belize (HPPB) to increase farmers’ capacity to reduce the effects of climate change on crops in the Toledo District. The project is supporting farmers to be more climate resilient and includes training, awareness-raising and demonstrations of best practices for crop and livestock farming incorporating climate-resilient agricultural management methods, practices and techniques. The project has enabled farmers to provide food for their communities during the lockdowns resulting from the COVID-19 crisis response, when many businesses were closed.

Additionally, Belize is one of five pilot countries in the Caribbean that are participating in the Climate Risk Adaptation and Insurance in the Caribbean (CRAIC) project. The CRAIC project is being implemented by a partnership led by CCRIF, including the Munich Climate Insurance Initiative, ILO Impact Insurance, Munich Re and DHI. The project, with funding from the International Climate Initiative (ICI) of the German Federal Ministry for the Environment, Nature Conservation, and Nuclear Safety (BMU), is seeking to make an innovative microinsurance product, the Livelihood Protection Policy (LPP), available to individuals. The LPP is designed to protect the livelihoods of vulnerable low-income individuals such as small farmers, tourism workers, fishers, market vendors, small entrepreneurs, including those involved in MSMEs (micro, small and medium enterprises) and day labourers, by providing quick cash payouts following extreme weather events (specifically, high winds and heavy rainfall). This microinsurance product complements CCRIF members’ sovereign parametric insurance policies.

Earlier this month, CCRIF received a grant of US$11 million from the European Union (EU) for premium support for its Caribbean members under the EU Global COVID-19 Response. Belize and the other CCRIF Caribbean members have benefited from a 26 per cent discount on their gross premium which they are able to make use of in the 2020/21 and/or 2021/22 policy years.

CCRIF extends sympathies to the Government and people of Belize for impacts caused by the floods due to Tropical Storms Amanda and Cristobal on its people, communities and their livelihoods.

About CCRIF SPC:
CCRIF SPC is a segregated portfolio company, owned, operated and registered in the Caribbean. It limits the financial impact of catastrophic hurricanes, earthquakes and excess rainfall events to Caribbean and Central American governments by quickly providing short-term liquidity when a parametric insurance policy is triggered. It is the world’s first regional fund utilising parametric insurance, giving member governments the unique opportunity to purchase earthquake, hurricane and excess rainfall catastrophe coverage with lowest-possible pricing. CCRIF was developed under the technical leadership of the World Bank and with a grant from the Government of Japan. It was capitalized through contributions to a Multi-Donor Trust Fund (MDTF) by the Government of Canada, the European Union, the World Bank, the governments of the UK and France, the Caribbean Development Bank and the governments of Ireland and Bermuda, as well as through membership fees paid by participating governments. In 2014, an MDTF was established by the World Bank to support the development of CCRIF SPC’s new products for current and potential members and facilitate the entry for Central American countries and additional Caribbean countries. The MDTF currently channels funds from various donors, including: Canada, through Global Affairs Canada; the United States, through the Department of the Treasury; the European Union, through the European Commission, and Germany, through the Federal Ministry for Economic Cooperation and Development and KfW. Additional financing has been provided by the Caribbean Development Bank, with resources provided by Mexico; the Government of Ireland; and the European Union through its Regional Resilience Building Facility managed by the Global Facility for Disaster Reduction and Recovery (GFDRR) and The World Bank.