A San Pedro fisherman almost lost his hand on Thursday, May 19th, when he was attacked by what appeared to be a five-foot reef shark in the Turneffe area, some 43 nautical miles away from San Pedro. The victim, Brian Bradley, was spearfishing along with other fishers, when the shark suddenly bit his right hand and lower arm. Following the ordeal, Bradley was transported to San Pedro Town for medical treatment and then airlifted to Belize City for further medical attention. 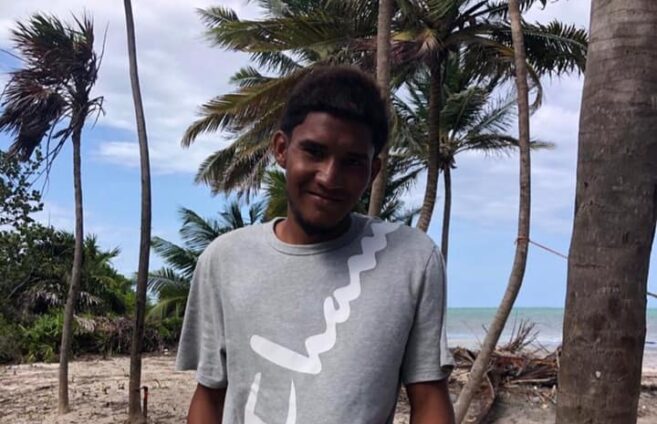 Fellow fisherman Francisco Morales, who witnessed the incident, said the shark bite badly damaged Bradley’s wrist area. Morales spoke to us about the incident, providing details of what happened. The three of them were in the water with a kayak spearfishing, including Bradley. As they dove looking for fish Bradley signaled that there was a grouper nearby. He took a shot but missed. Morales, affectionately known as ‘Quack or Uncle France,’ said Bradley called him over to help him catch the grouper. Morales managed to spear it with his gun. Bradley then started swimming away from Morales with the grouper towards the kayak. 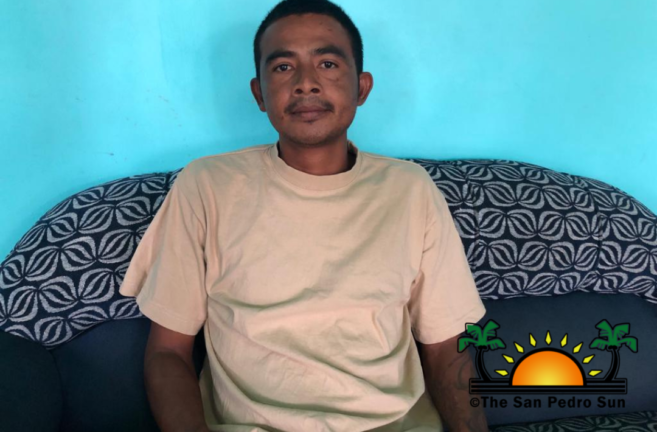 It was then that Bradley started shouting for help. Morales immediately started swimming towards him, and as he got closer, the shark came into view. “I saw the shark. I think it was coming to attack him again,” said Morales. “It had already attacked him because Bradley had his right hand out of the water profusely bleeding,” Morales said he readied his spear gun and shot at the shark to scare the big fish away. However, the shark kept coming back. “When the shark returned and came close to me, I took the speargun stick and whacked the water around it. The shark would go away and return. I kept fighting with it for like 20 minutes,” said Morales. During this time, he was shouting for his other fishing colleague, but he seemed to be a distance away.

Bradley was losing a lot of blood. While Morales fought the shark, Bradley told him he felt sick and was about to faint. Still wary of the shark, Morales grabbed him and swam towards the kayak. When they made it to the kayak, they started signaling to their boat, some 100 feet away. The boat captain saw them, came to them, and quickly rushed Bradley to San Pedro. 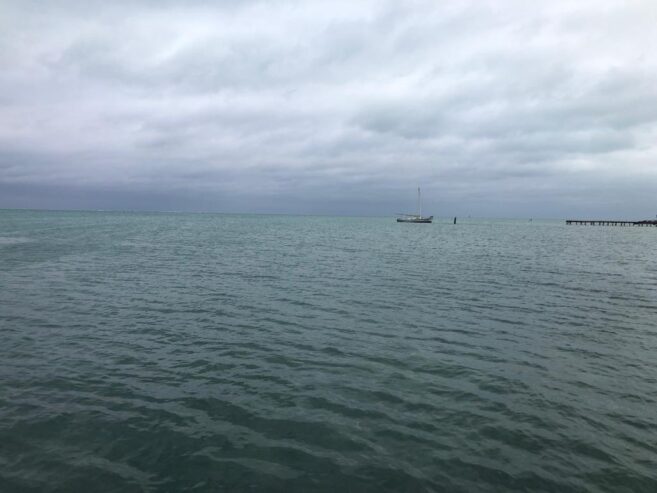 Bradley remains stable and continues to recover in Belize City. He may be transferred to a private health center for more specialized care.

Morales added that they have always done fishing in that area and never experienced anything like that. He understands that reef sharks can be territorial and may be invading their space. However, the attack was very unexpected. He advises other fishers to be cautious when fishing in those areas to avoid any unfortunate experience. As for him, this incident will not stop him from continuing to do what he has been doing for years. Morales says he will be back fishing in these same unpredictable waters.