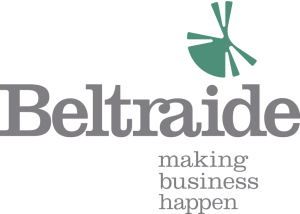 The survey, which was conducted last year among 2,318 Belizeans (between the ages of 18 to 65, including males and females) countrywide over a one month period, rated Belize’s overall national entrepreneurial activity from a mere 7.1% in 2014 to a whopping 28.8%, in 2016, which placed Belize second behind Ecuador’s 31% for the Latin American and Caribbean (LAC) Region, and third globally.

The Global Entrepreneurship Monitor (GEM) is a global study conducted by a consortium of universities. Initiated in 1999, GEM survey aims to analyse the level of entrepreneurship occurring around the world. The importance of GEM is that it investigates entrepreneurial capabilities, perceptions, attitude, intentions, challenges, and aspirations within the population, and provides a deep understanding of the entrepreneurial environment of a country. The survey, among other things, focused on Belizean’s perception of the strength of the national economy and the ease of starting a business. It revealed that more Belizeans, not only found more opportunities to seize; but also, believed the economy would support their business ventures.

These dramatic changes can be attributed to the increased outreach and awareness programs, as well as all enterprise and entrepreneurial development activities being done nationwide by BELTRAIDE, through its Small Business Development Centre, Belize (SBDCBelize) and other key national partners. In the time between the two earlier surveys (2014 and 2016), there were two national global entrepreneurial week celebrations, four major seed capital start-up initiatives; SBDCBelize fully expanded its outreach to all six districts, with scheduled workshops in Belize City, Orange Walk and Belmopan, and participated in more national trade shows and events.

The National Entrepreneurship Strategy was developed and endorsed during this period as well. During the formulation of this Strategy, one of the key pillars was the formalization and expansion of the national entrepreneurship ecosystem workplan, where more national partners were recruited to participate in the promotion, support and development of entrepreneurship; thereby, expanding the reach and exposure of enterprise and entrepreneurial development activities and initiatives to all levels of society, from young grassroots communities, to rural women groups, and even to urban professionals.

The findings of the survey will allow the Government of Belize to further identify opportunities and policy interventions for boosting the level and nature of entrepreneurial activities and initiatives in the country.

As BELTRAIDE, through its SBDCBelize, continues to have a considerable impact on our micro, small and medium-size enterprises (MSMEs), its work has now been recognized both regionally and internationally. It should be noted that the SBDCBelize model, recognised as a regional best practice supporting and promoting the growth of small enterprises, has been adopted by five CARICOM countries.

The entire report on Belize can be found at: http://www.belizeinvest.org.bz/gem-report.html