San Pedro Town will come alive this weekend as the San Pedro Business Association (SPBA) will be hosting its 2nd Annual Savor San Pedro Food Festival. The event is expected to be bigger and better this year as food lovers will have the opportunity to sample from different food galore. The event will take place on Saturday, February 7th, at the Central Park. 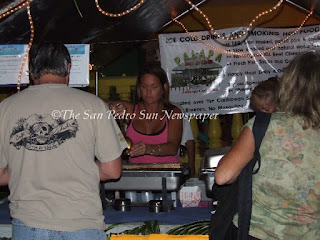 According to one of the organizers Rebecca Arceo, the event is intended to promote the community. “The event is in an effort to provide family entertainment and showcase the best chefs San Pedro Town has to offer,” stated Arceo. For entertainment, the event will kick off with the Steel Drums performances followed by several presentations including Mangrove Rhythms Jazz Duo, Kelly McGuire, Small World Band featuring Melody Man Escobar, San Pedro Dance Company and the Fire Dancers. 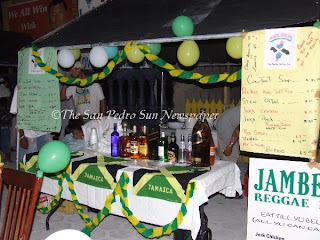 But for those who want to enjoy the food galore, then there will be various booths to choose from. There will be Indian food, Asian food and of course the local food consisting of a variety of options including sea food. A panel of five judges will be calling their shots for the Best Appetizer, the Best Main Dish, the Best Dessert and the Best Drink after making stops at all the booths. 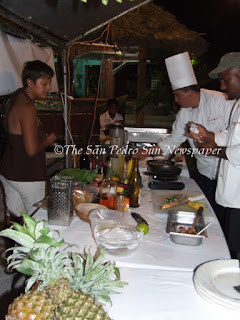 In addition to those prizes, the public will have the opportunity to vote for one category, the People Choice Award. “The Central Park is there, lets use it to highlight the different aspect of this community,” stated Arceo. What a better way to use the Central Park than to treat yourself to an open air banquette. Food will be on sale as early as 5:00 p.m. 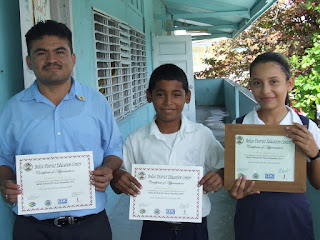 Thomas Ack, Ciara Duran and Jessica Cruz, all students of the San Pedro Roman Catholic School (SPRCS) were awarded on January 23rd at a ceremony in Belize City along with other winners for their contribution and participation in the National Primary School HIV/AIDS poster competition which was launched last November.
As part of the activities leading up to World Aids Day which was observed on December 1st, the Ministry of Education in collaboration with the US Ambassador’s Small Grant Program for HIV/AIDS, held a poster competition where students got to submit entries based on the stigma and discrimination of the epidemic. As overwhelming statistics show, Belize is still has the third highest rate of infection in the Caribbean region and the highest in Central America and this contest was imperative to raise awareness among youngsters, to prevent their possible infection and discriminatory practices. A total of 40 submissions were made by the Standard Four students at SPRCS and only two other schools (St. Ignatius and Holy Redeemer) took part in the contest.