Preparing for the arrival of Prince Harry to Belize 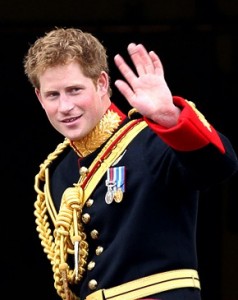 The Government of Belize, through various departments, is making final preparation for The Royal Visit of Prince Harry. The visit is scheduled to take place on the 2nd and 3rd of March and the ‘Happy Prince’ is expected to be on Belizean soil for about a total of 23 ½ hours as a part of the celebration to commemorate Queen Elizabeth II Diamond Jubilee.
Queen Elizabeth chose the countries each member of The Royal Family would visit during her Diamond Jubilee Celebration. Prince Harry is known for his humanitarian heart and adventurous spirit, and Belize is perhaps the best destination. During his visit Prince Harry will be actively engaged with the Belizean populace, and focusing less on ceremonial activities.

As part of his itinerary, Prince Harry will visit one of Belize’s most frequented Maya Temples – Xunantunich, enjoy cultural activities, host a luncheon with children, attend a street party open to the Belizean public, visit the OAS Adjacency Zone in Western Belize and visit with both BATSUB and Belize Defense Force Soldiers before leaving.

Prince Harry is expected to arrive in Belize at 4:25PM on Friday March 2nd onboard a private jet at the Phillip Goldson International Airport. There, he will receive a salute from the Belize Defense Force and later pay courtesy calls at the VIP Lounge of the Airport to the Prime Minister of Belize, Hon. Dean Barrow, Leader of the Opposition Hon. Francis Fonseca and British High Commissioner to Belize, Patrick Ashworth.

He then departs to Belmopan where he will have a private meeting with the Governor General of Belize His Excellency Sir Colville Young where the commemorative postal stamps will be unveiled to the Prince.

Following his brief stop at the GG’s office, Prince Harry leaves to attend a Street Fest. Cohune Walk will be re-named in honor of Queen Elizabeth II and will include a lively public Belizean street fest with live music. The only official speech will be delivered there by Prince Harry, a message from Queen Elizabeth II to the people and country of Belize.
Prince Harry will get to enjoy traditional foods and presentations from the Mestizo, Creole and Garifuna cultures. Prince Harry is expected to leave the Street Fest shortly after 8PM which ends his activities for the first day.

On his second day, March 3rd, Prince Harry starts his activities with a visit to the OAS adjacency Zone on the Belize side of the boarder where he will meet with OAS officials. The visit to the OAS adjacency Zone is to highlight the cultural exchange between the two countries. There he will interact with the children involved in the OAS cultural program and will tour the immigration facility for an art exposition.

He leaves to Xunantunich at midmorning. Once there, Prince Harry will get to enjoy the Maya culture at its best, especially given the fact that 2012 is an important Ending Period for the Maya civilization. He will first meet with children from the Belize Special Olympics Program and get to see traditional products made from recyclable materials by women of the area. He will then make his way via the jungle of Belize to the Ruin and will climb El Castillo (the main temple at Xunantunich – Maiden of the Rock).

He also gets to enjoy live musical and dance performances from Deer Dancers as well as the Succotz Marching Band. He will also enjoy lunch with the some children ages five to ten. After lunch, the Prince will leave to the ferry where he will make a Jubilee Canoe Presentation to the Ruta Maya Organization and will toast with a Belikin.

Prince Harry departs to Price Barracks at the BDF Headquarters shortly before 1PM. Once there the Prince, who has served in the Afghanistan War, will meet with elements of the Belize National Coast Guard, BDF and later with the remaining members of BATSUB. His final activity will be to lay a wreath at a monument erected for British Soldiers that have passed away while on service in Belize. Prince Harry is expected to leave at 4PM, making his visit just short of 24 hours, to Nassau, Bahamas.

According to the GOB, final preparations are still ongoing and they are encouraging Belizeans to join the celebration at the street fest being organized for the occasion of Prince Harry’s visit. The visit is being coordinated by the GOB through the Government Press Office, The Belize Tourism Board, The Ministry of Foreign Affairs and the Belize Defense Force in close collaboration with the office of the British High Commissioner in Belize. According to BTB, the visit is not only significant to Belize, given the history of the country, but because Prince Harry will be engaged in activities that he enjoys and ties in with the marketing brand of the country – Be One with Belize.

Gyms re-open on the island under strict health restrictions