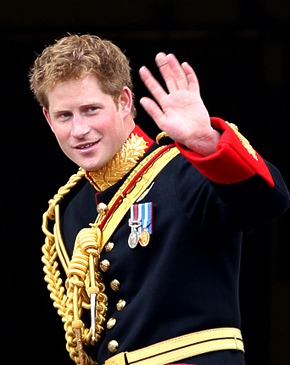 The Royal Family in England has announced that members of the royal family will be visiting various parts of the world in 2012 as part of a celebration to commemorate the Queen’s diamond jubilee. As part of the Royal Family plan, Prince Harry also referred to as The Happy Prince, will visit Belize and other Caribbean countries. Queen Elizabeth II, monarch and her husband Prince Phillip will confine themselves to visits around Britain.

Prince Harry’s visit to Belize is the first official overseas trip unaccompanied, a visit that will also take him to Jamaica and the Bahamas.

His older brother, Prince William and the Duchess of Cambridge are being sent east to Malaysia, Singapore, the Solomon Islands and Tuvalu. Prince Charles and Camilla, Duchess of Cornwall will tour Australia, Canada, New Zealand and Papua New Guinea.

As part of the plan, The Duke of York gets to visit India and the Princess Royal goes to Mozambique and Zambia while their younger brother, the Earl of Wessex and his wife Sophie, Countess of Wessex, get the rest of the West Indies and Gibraltar.

The Duke of Gloucester will go to the British Virgin Islands and Malta, while the Falkland Islands and Uganda will receive an official visit from the Duke of Kent, who visited Belize in 1981 on the occasion of the achievement of the country’s Independence.

There has been no official announcement on the date of the visit of Prince Harry to Belize.

Her Majesty The Queen, accompanied by His Royal Highness The Duke of Edinburgh, will mark The Queen’s Diamond Jubilee with a series of regional visits and engagements throughout the United Kingdom during 2012.

The Queen and The Duke of Edinburgh, supported by other members of the Royal Family, will be travelling as widely as possible across England, Scotland, Wales and Northern Ireland.

Details of the programme will include:

In addition, members of the Royal Family will travel overseas representing The Queen throughout the Diamond Jubilee year, visiting every Realm as well as undertaking visits to Commonwealth countries, Crown Dependencies and British Overseas Territories.

Her Majesty has asked that these visits include the following:

The Prince of Wales and The Duchess of Cornwall: Australia, Canada, New Zealand, Papua New Guinea

The Prince of Wales: Channel Islands, Isle of Man

The Duke of York: India

Further details of the regional and overseas visits will be announced in due course.