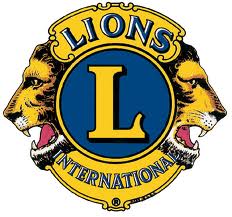 The San Pedro Lions Club is offering a $500 cash reward for anyone with information that can lead to the successful arrest and conviction of the person or persons responsible for the burglary of the Lions Den that occurred on Tuesday, July 17th. To share any information please call the San Pedro Police at 206-2022 or Mel Spain at 604-9595. All calls or information will remain strictly confidential.

According to President Spain, “Mr. Kahn, a US national, got in contact with some of his friends Catherine and Mito Paz to see how he could contact me. Mrs. Paz got in contact with me and informed me about her friend’s interest in helping. The day after I got a call from Mr. Kahn explaining that he read about the unfortunate incident in The San Pedro Sun newspaper and was willing to give a donation to the San Pedro Lions Club to help alleviate some of the expenses the club is facing because of the burglary.”

In addition to the $2,000 donated, Kahn also committed $500 to the San Pedro Lions Club to give as a reward to the person who can share any information leading to successful arrest and conviction of the person or persons responsible for the burglary. “We are happy that there is still good people out there who want to see a better community. The San Pedro Lions Club is grateful for the donation given to us by Mr. Kahn which will certainly go a long way. On behalf of the San Pedro Lions club we want to say thanks to Mrs. Catherine and Mr. Kahn,” said Spain.

According to Spain, Kahn has expressed interest in coming to live in San Pedro and get involved in the community. The San Pedro Sun joins the San Pedro Lions Club in commending Bruce Kahn for his generosity.