LTE – San Pedro Sailing Club – As the mom of one of our sailors declared to San Pedro on Facebook, “We did it! We did it! But we couldn’t have done it without you! We live in one amazing community!” What the “we” she refers to did was ferry 15 junior sailors and 3 Optimist sailing dinghies to Corozal on Saturday where they trained, spent the night, and raced in a tense and exhausting regatta on Sunday. After that, the tired skippers took a nighttime boat ride home.
Feeling that there was “not enough time,” regatta officials turned away attempts to lodge protests concerning both the last preliminary race and the final, itself. They have subsequently reviewed the charges of infractions in the Final and have determined that there were none. In the opinion of some, had protests involving the last preliminary been heard and found valid, a sailor who was advanced to the Final would have been replaced by a sailor who was left out. For this reason the Final itself still remains controversial in the eyes of some. In any event, the race committee awarded San Pedranos Davin Puc, winner of the September St. George’s Caye Regatta, 3rd place, Faith Noel 4th place, and Zulema Alaya, 5th. The controversy is unfortunate because it may well affect who gets invited to the Nationals, next month, and who doesn’t.
Setting counterproductive vagaries aside, the sailors still believe that the regatta was both exciting and worthwhile. A number of intrepid San Pedranos even chose to enter the Pico class races. Picos are sloops, larger than Optimists and have 2 sails (a main and a jib). Our little Optimist dinghies have only one sail. The young San Pedrano teams who entered the Pico races had never or hardly ever sailed a Pico, let alone race one! 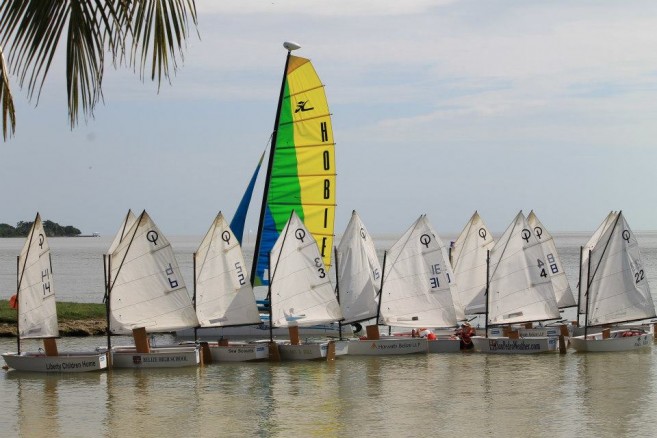 With competency that wowed everyone, the team of Faith Noel and Lily Hayden tacked smartly into the winning position in the first Pico race, with the team of Davin Puc and Mitchell Sersland following in second. Both junior teams beat an experienced grown-up, race official Andy Aspinall, and his crew member. Asked later if he ‘let them win,’ Andy said “heck no! The little monsters caught the wind when it came up and knew what to do with it. They beat me fair and square. I’m proud of ‘em.” The kids’ duel with Andy Aspinall in the Picos was but one of the wonderful highlights of the regatta. Let it also be recorded that the San Pedrano team of Jorge Oliveres and Jerdon Anderson, and the San Pedrano team of Kevin Velasquez and Christian Trejo took 1st and 2nd, respectively, in the other Pico race.
Donations from a broad spectrum of the San Pedro community made it all possible, so the sailors, their families, and the San 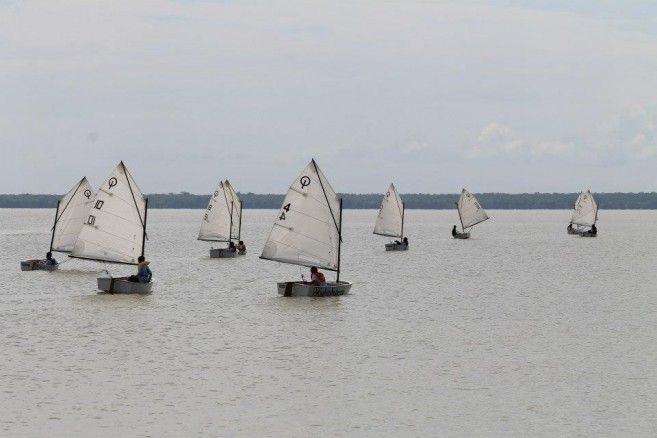 The island’s sixth blood drive of the year nets 21 pints!