Jerdon Anderson of the San Pedro Junior Sailing Club brought home the grand prize trophy in the Optimist division for the 4th Annual Battle of St. George’s Caye Regatta. The Battle of Saint George’s Caye Regatta is in commemoration of the battle on 1798 when the Baymen conquered the Spanish Armada in their last attempt to take over British Honduras. The Regatta is organized by The Belize Sailing Association (BzSA) under the patronage of His Excellency the Governor General, Sir Colville Young and took place at St. George’s Caye 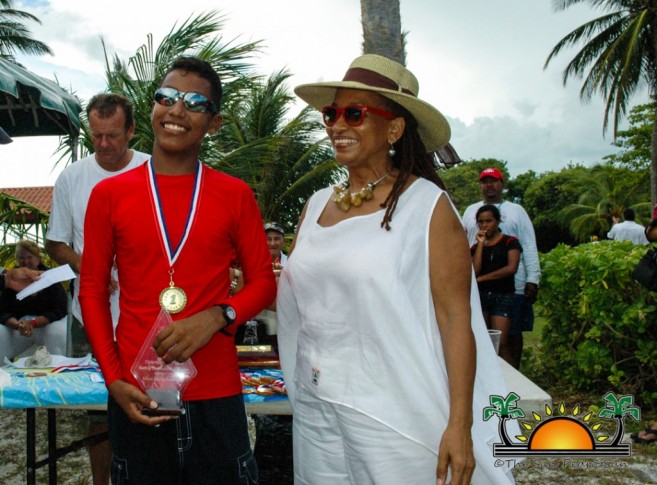 The races started promptly after 9AM on Sunday, September 1st. Spectators from across the country travelled to the historic St. Georges Caye to support the young sailors as they vied for a spot in the National Championships that will be held in November 14th and 13th. 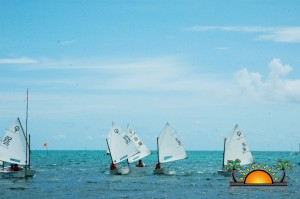 With past experience on the regatta, the San Pedro Junior Sailing Club was well prepared for a full day of sailing. Jerdon Anderson, Michael O’Farrell, Faith Noel, George Olivarez, Blanca Vasquez, Kevin Vasquez, David Puc and Christian Trejo of San Pedro all competed in the Optimist division.
San Pedro’s sailors traveled to St. George’s Caye from a day earlier to prepare for the regatta, and on the day of the race, the San Pedro skippers sailed skillfully, dominating throughout the first heats. But it was Jerdon Anderson that sailed to the top. Jerdon mastered his way through the first three heats, bringing home the coveted first place trophy.
In second place was Isaac Ritchie from Placencia Sailing Club and in third place was Antonio Ricardez Jr. from Belize City Sailing Club. Apart from the first place optimist trophy, San Pedro’s David Verralls also brought home first place for the Multihulls category. All eight members the San Pedro Junior Sailing Club that participated in the regatta placed in the top 15: Jerdon 1st, Faith 4th, Blanca 5th, Kevin 7th, Christian 8th, Jorge 11th, Davin 12th, Michael 15th. 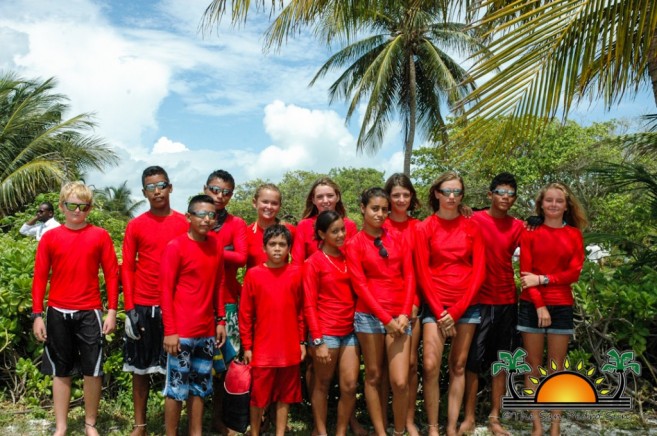 BzSA also presented a special award to Diane Haylock, President of the National Institute of Culture and History (NICH) for sponsoring the regatta. The Battle of St. Georges Caye Regatta  was surely a huge success. Congratulations to all the young skippers that made their mark sailing the Caribbean Sea. Keep up the good work!