United Nations Development Program (UNDP) in collaboration with The University of Belize (UB) hosted a two day workshop on October 25th and 26th  with the purpose of educating youth on Social Auditing. The workshop was held at UB’s Central Farm Campus in the Cayo District, with over 30 participants from across the country. The workshop aimed to increase prosecution capacity, community leadership and youth engagement in the running of the government. It also sought to promote the development of management, leadership and practical skills for social auditing from different dimensions, such as political, social, technical and teamwork, among young Belizean leaders. 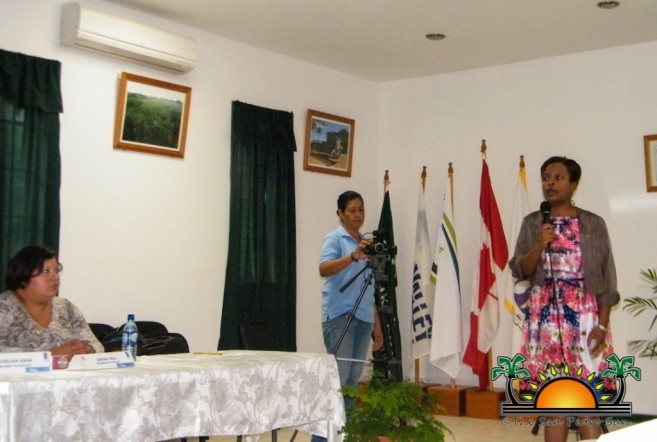 Opening the workshop were Doctor Cary Fraser, UB’s President and Daniel Alemu, Assistant Resident Representative of UNDP, who both elaborated on the significant role that youth play in the development of a country and the need for transparency and accountability in the government. After brief formalities, participants were asked to introduce themselves, after which the rules and guidelines of the workshop were explained. Facilitating the workshop was Gerrardo Berthin, UNDP Regional Policy Advisor in Local Governance and Decentralization, Terry-Ann Gilbert, UNDP Consultant in Democratic Governance and Youth Participation Issues and Amram Lemoth, UNDP Youth Facilitator. Social auditing gives people the skills to answer questions that citizens ask, and have the right to know about the government.

The workshop focused on the rights young people have to participate in auditing exercises of their government. The facilitators explained that it is a must to train youth on technical skills of social auditing and the ability to analyze and interpret public information. 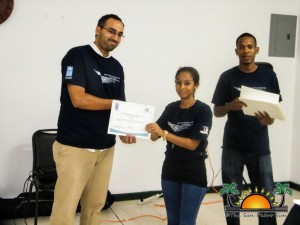 Several participants expressed their concern on the lack of social auditing skills as part of the secondary and tertiary curriculum. All participants agreed that as young leaders, it is their obligation to make a change now, rather than in the next generation. Gilbert also emphasized that to meet the objectives of a social audit, you cannot allow political affiliations bean influential factor. “It is not about which political party is better, but about making the government accountable for their wrongdoings and actions. The only way to stop future corruption is to instill values and ethics in our youth, because whether the people of a country want to face it or not, youth are the future leaders and the only ones that can make an initiative for change,” said Gilbert.
A variety of games, debates, presentations and discussions were used to get the young leaders to interact with one another and express their thought on corruption, government and growth of the county. What the business savvy young leaders found most interesting was the topic of corruption in both the private and government sectors. The leaders agreed that human resources are the most valuable asset, yet the level of perceived corruption that is fostered within this resource, is one of the factors that is preventing economic and social growth in Belize.
The participants also came to a consensus that an act of change does not have to be significant to be important, small and community based can be just as productive. “A simple motion can start a change, you have to first change the mentality of those around you before you can take a challenge. Unity within a community is the most powerful weapon a social auditor can have,” said Berthin.
The workshop culminated with a small ceremony where in all participants received a certificate of completion and all the tools needed to conduct a social audit. The group of young leader had grown so passionate about social auditing, that by the end of the workshop decided to form an organization of their own under the management of UNDP called the Belizean Youth Social Auditing Network (BYSAN). BYSAN members will promote social auditing within their own communities, and follow up meetings will be held to account on the progress of the initiative. BYSAN will also conduct social audits in hopes to answer frequently asked question among the youth of Belize. 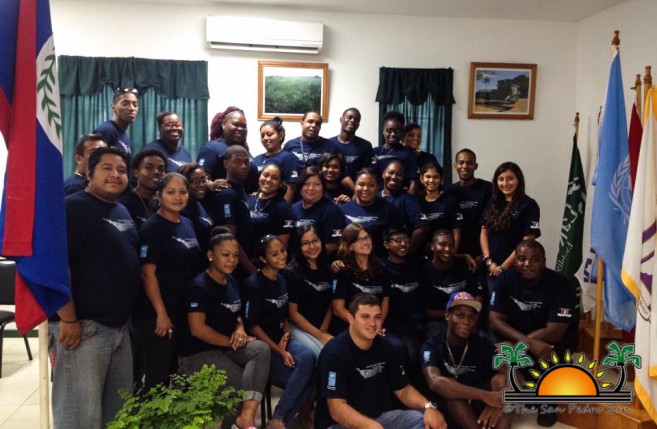