On Thursday, June 26th, the San Pedro Police Department held an Appreciation Ceremony in honor of The Belize Social Security Board (SSB). The ceremony was in acknowledgement of donation of two Honda Motorbikes and one power wash system by SSB to the police department. 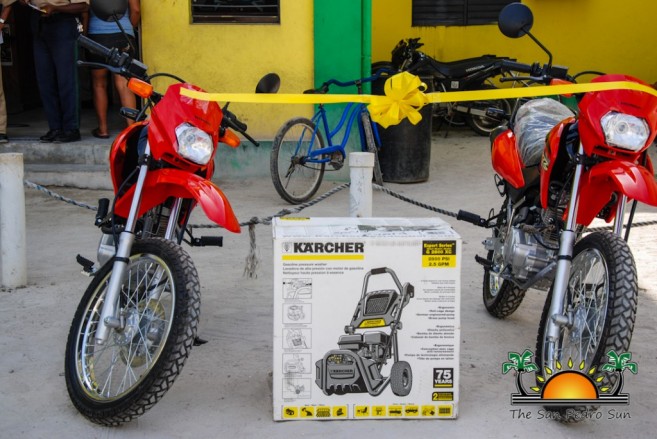 The event commenced at 3PM with the singing of the Belize National Anthem and a short prayer by Pastor Clive Welsh. After a warm welcome, Officer in Charge of the San Pedro Police Department, Luis Castellanos formally handed over a certificate of appreciation for Ariel Mitchell, for his continued support toward the San Pedro Police Station and SSB. On hand to receive both certificates on behalf of SSB was San Pedro Branch Manager Miriam Requena. 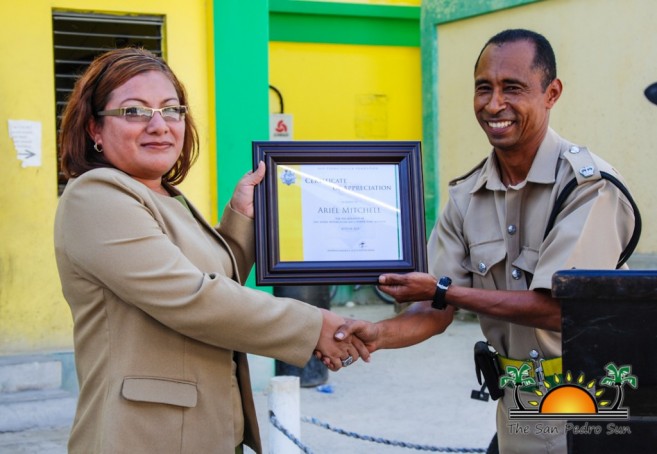 According to OC Castellanos, the donation was facilitated by Attorney Steve Perera after he noticed the lack of functioning vehicles at the San Pedro Police Station. “It started off as a simple conversation on the needs of the station. Mr. Perera told me that he would see what he could do for the station. A couple of weeks later, I received word that Social Security was acquiring the motorbikes and power wash for the police station,” said OC Castellanos. 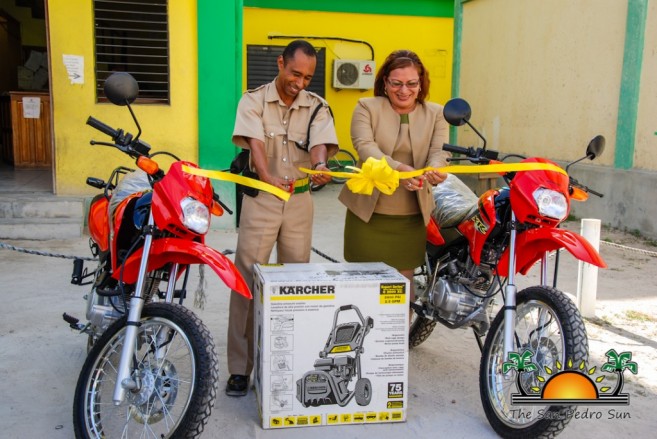 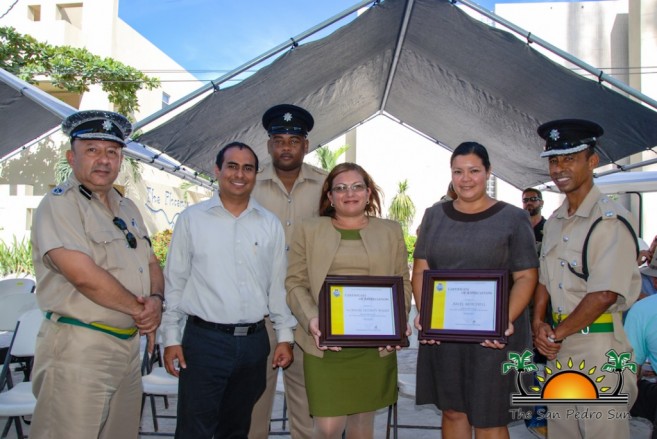 The motorbikes will be used by the San Pedro Quick Response Team, whose job also entails patrolling northern Ambergris Caye and other troublesome areas. The power wash system will be used to maintain the vehicles, as well as for maintenance and cleaning the police station.
The San Pedro Police Department would like to extend a big thanks to all those that made the donation possible.