The threat of an Ebola outbreak continues to loom over the Caribbean, North and Central America. As such, governments including the Government of Belize (GOB), are taking action to prevent the spread of the deadly disease in their respective countries. On Thursday, October 16th, news broke out of two passengers considered a very low risk for Ebola by the Center for Disease Control (CDC) who self-quarantined themselves aboard the Carnival Magic cruise ship which was at the time stationed in Belizean waters. Practicing extreme caution, GOB refused to facilitate a United States of America (USA) request for assisting in the evacuation of the two passengers through Philip Goldson International Airport. 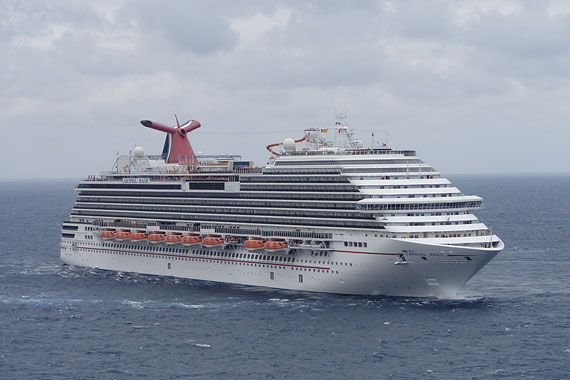 Several passengers from the Carnival Magic cruise ship did disembark at the Belize Tourism Village, but it has been confirmed that the suspected passengers never left the vessel. The cruise ship was escorted out of Belizean waters by the Belize Coast Guard on the same date at around 10:30PM. The US Government also sought the assistance of Mexico to evacuate the passengers, but was also refused. Without being able to evaluate the passengers, the Carnival Magic had to return to its dock in Galveston, Texas. The ship arrived at its destination on Sunday, October 19th, where the quarantined passengers was examined at the Galveston County Health Authority on the vessel and confirmed not to have Ebola. The key passenger in question is a lab supervisor at Texas Health Presbyterian who handled biological specimens of Thomas Duncan, the first known patient to be diagnosed with Ebola and treated in the USA. Duncan succumbed to the disease five days after being hospitalized. Two nurses that treated Duncan were later diagnosed with Ebola, and were the first patients to contract the disease in the Western Hemisphere.
During a press briefing the following day, Belizeans learned that the request for Belize’s assistance came directly from US Secretary of State, John Kerry. Chief Executive Officer of the Ministry of Finance, Audrey Wallace explained, “Even after a decision was given, the US Embassy called again to say that notwithstanding the Prime Minister’s decision, an evacuation flight had been arranged and the airplane would be leaving the USA for Belize. The government’s position was reiterated and the Embassy stated that no transfer would be facilitated and the airplane should not take off from the USA or if it had already taken off it should turn back. The USA was still adamant in its decision and stated that the flight was on its way and would be landing in an hour. I was thereafter informed that the USA Secretary of State John Kerry would be speaking with the Prime Minister. The Prime Minister eventually took a call from Secretary Kerry around 7:30PM. Suffice to say that I was advised by the Prime Minister within an hour of that call that his decision was to not to facilitate the evacuation and that the US Embassy should be informed accordingly and that no further appeals could be entertained.” And while PM Barrow does not expect any repercussions on his decision, USA Government officials have stated that they are “disappointed in Belize”. 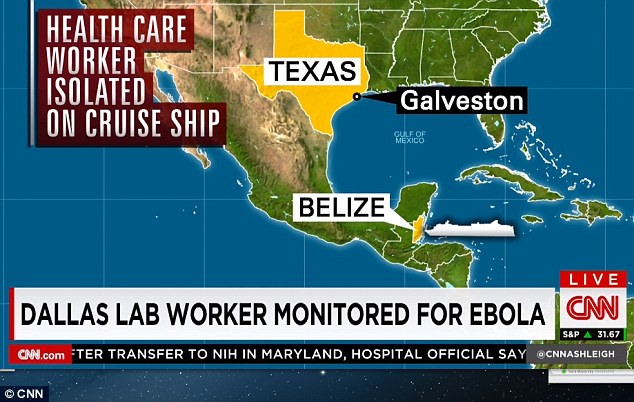 On Friday, October 17th Prime Minster of Belize, Dean Barrow, along with other relevant authorities, held a press conference at the Biltmore Plaza to explain their decision with regard to the cruise ship passengers. According to PM Barrow, the decision was taken out of an abundance of caution. “The logistics of such an operation in my view would have exposed Belizean health workers, Belizean security agents, and Belizean frontline officials. It is clear that even in the USA, with all their capacity, with all their expertise, there is still a lot of unanswered questions with how Ebola gets transmitted. And with respect to the last two nurses that became ill, there doesn’t seem to have any kind of certainty as to what protocols were breached. And clearly, in terms of the CDC, their response, their approach, their treatment of the issue seems to be a work in progress. It is very unfortunate, I repeat, we have utter and complete sympathy for the United States and the problematic nature of what unfolded in there. But I have to be first and foremost concerned about Belize, my country, our country and our people,” said PM Barrow.
In addition GOB has imposed a ban on visas for all citizens from countries of Western Africa which are considered high risk for Ebola. Anyone having traveled to countries such as Liberia, Guinea, Nigeria and Sierra Leon in the past 30 days will not be allowed to enter Belize. Cruise ship passengers will also be screened by immigration officers prior to disembarkation. “We have immediately issued a stop on the issuance of visas to persons coming from the West Africa area who we consider high risk. Our Embassies are being advised immediately, the airlines are being advised of this decision. In addition, persons from whatever nationality who have visited that area of West Africa within the last thirty days will not be allowed to land in Belize, and the airlines will be advised accordingly. The way we are going to handle the cruise ships is that we have established a protocol where a team of immigration officers will board the cruise ship to screen the manifest and the passengers who want to land in Belize. Every single person who will disembark from a cruise ship will have their passport reviewed by immigration to ensure that no person has been in the high risk area of West Africa within the last thirty days,” said Minister of Immigration, Godwin Hulse.

The GOB has also undertaken several initiatives to prepare the country in case of an Ebola outbreak. While Belize still has no means for testing patients for Ebola or the proper hazmat (hazardous materials) suits used when treating quarantined patients, GOB has stated that steps are being taken to improve health care facilities to treat infected persons. “A screening form for all passengers has been developed and is being implemented. An isolation facility is being provided at the Phillip Goldson International Airport for further screening for passengers who may be considered at some risk due to the surveillance forms. The Ministry of Health is also providing a Hotline (501-629-5604) for persons that believe they have fallen ill. We have developed a rapid response team to follow up on places and we have received permission already to hire another 10 Public Health inspectors to strengthen our response at the border and points of entry,” said Chief Executive Officer of the Ministry of Health, Peter Allen. Additional quarantine facilities will also be built in the respective district capitals. GOB have also indicated that an order has been placed for the proper hazmat suits needed for handling patients with Ebola. “The personal protection equipment kits that we have are those that were purchased for H1N1 (Swine Flu). They can be used in this instance but they are not ideal. The ideal personal protective equipment that is recommended by the World Health Organization is not available in the very short term, and so we have sent in the procurement request for those kits,” Said Allen. GOB will also be providing weekly press briefings on the evolution of the disease and its impact.
GOB reiterates that necessary measures will be taken to keep the country and its citizens safe. Residents travelling to any country should practice caution, especially when in crowded terminals and airports. Ebola is transmitted through the contact of bodily fluids from an infected person or animal and results in severe fevers, sore throat, muscle pain and headaches. Anyone who believes that they are experiencing symptoms of Ebola should contact the disease Hotline at phone number 501-629-5604.