« Older: Support Food Drive for a worthy cause
Newer: » Letter to the Editor: Response to Five Story Buildings


Residents have voiced concerns over two development seawall projects to reclaim beaches, but instead have created unsightly stagnant pools and other issues. One development is located on the lagoon side of town core and the other is beachfront, south of town. Among the issues noted are the accumulation of garbage and eutrophication due to the lack of free flowing water. In an interview with The San Pedro Sun, Mayor Daniel Guerrero addressed the issue, stating that the developers are expected to complete the project soon, thereby getting rid of the eyesore.

According to Guerrero, he has spoken to the developers of both areas, and they will be filling the area with sand to beautify the seawall. One of the areas, formerly known as the Sunset Grill, has recently been purchased after it was abandoned for some time by the previous owner. “We have spoken to the new owner and he plans on reconstructing the area and opening a restaurant. They have gotten the development concept approved by all necessary agents and are working on filling in where the stagnant water is. It will be fixed,” said Guerrero. Garbage has been accumulating at the Sunset Grill seawall since it was abandoned, but once construction commences, the area will be cleaned and beautified. 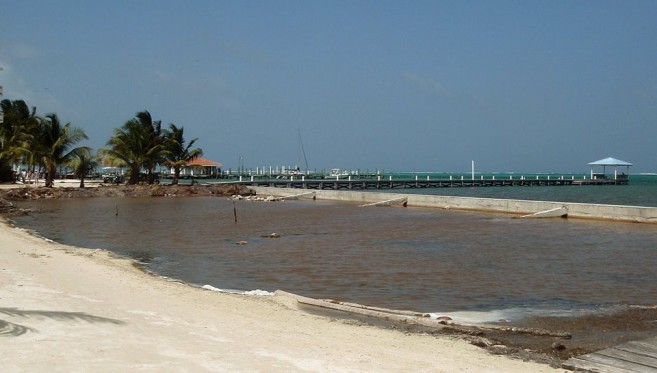 The other seawall is located on the beach next to Exotic Caye Resort. The developers plan to reclaim the beach area, and as such, built the wall and are in process of filling the area with sand. “We understand that Exotic Caye Resort will be undergoing major reconstruction, the seawall is part of that project. Again we have talked to them and know that they will be working on beautification of the beach,” said Guerrero. 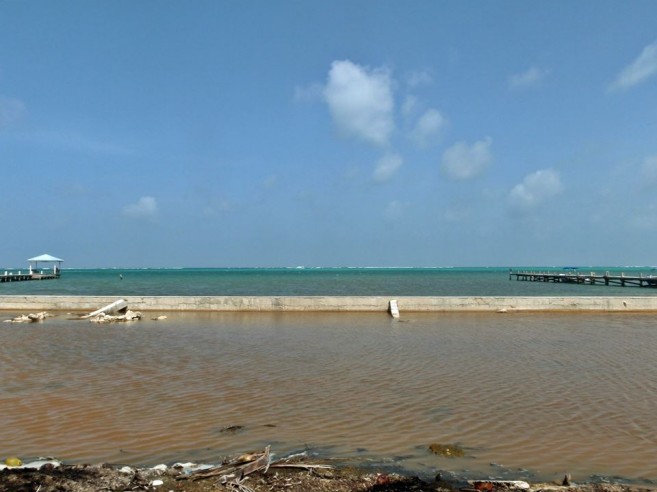 He explained that the San Pedro Town Council expects that all developments keep their area clean. In regard to the construction of seawalls, the accumulating garbage must be removed. “By law, developers need to keep their construction site clean, and this includes seawalls and the waters around. Honestly it is in their best interest, I don’t think that they would want potential investors to pass by and see stagnant water full of garbage,” said Guerrero.
Guerrero ended by stating that SPTC will be closely monitoring the projects to ensure that the area is kept clean.