On Tuesday, June 23rd, Belize celebrated the United Nation’s Public Service Day under the theme “Belize Public Service: Commitment, Empowerment and Industrious – Cultivating an Ethos of selfless service to all Belizeans”. In commemoration of the day, the Ministry of Public Service and Elections and Boundaries held its 10th Annual Belize Public Service Awards for the first time in San Pedro. 76 public officers were awarded for being devoted to the government for 25 years or more. The ceremony started at 10:30AM at the Blue Water Grill and saw the presence of His Excellency Governor General of Belize, Sir Colville Young, His Worship Mayor Daniel Guerrero, Deputy Mayor Gary Greif, San Pedro Town Councilors, Minister of the Public Service and Elections and Boundaries Honorable Charles Gibson, among other invited guests. 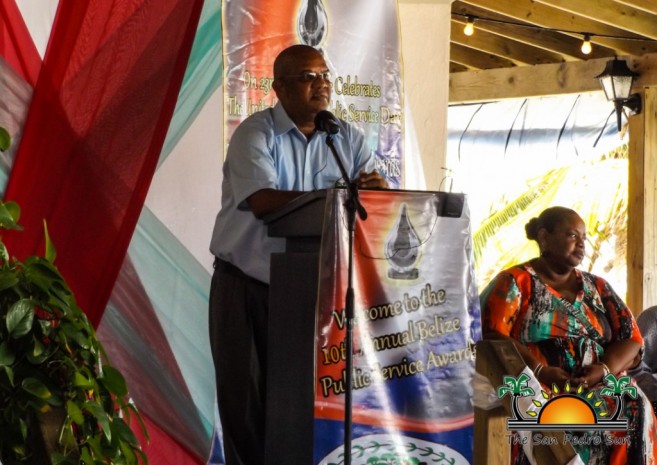 After protocol was established, Mayor Daniel Guerrero greeted those in attendance. “Today we commemorate the commitment, sacrifice and the unselfish dedication of the many public officers across the entire country. The theme for this year’s highlights the very essence of our responsibilities of what is expected of us as public officers,” said Guerrero who also commented on San Pedro’s nurse, Shawmela Kelly. “She has given many years of service to the island and we encourage many other public officers to follow her path. We are proud of all public officers that will be awarded on the island today and I do hope you all enjoyed your stay at La Isla Bonita,” ended Guerrero. 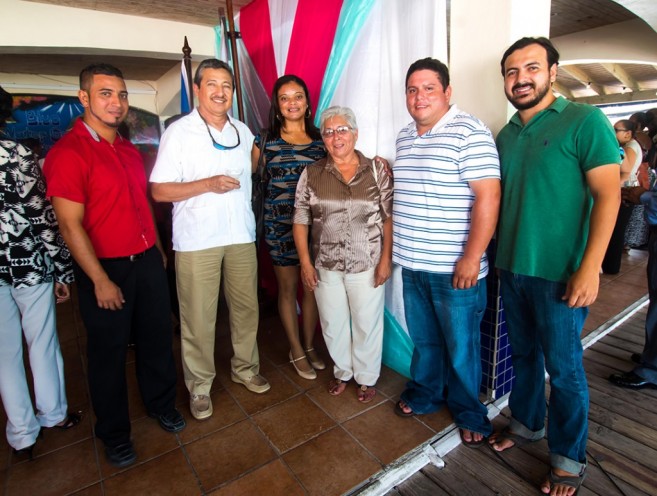 After the welcome address, the President of the Public Service Union, Marvin Blades gave his remarks as well. “It is through the Public Service that Belizeans can develop a sense of loyalty and belonging to the state as citizens having the privilege of serving as a public officer. While simultaneously reaping the benefits of services of other public officers,” said Blades. He emphasized on the importance of being a public officer. “We as public officers in Belize have the highest honor to serve our fellow Belizeans. It is our duties that will enable us to play a vital role in building a stronger nation. If one individual has the power to change the lives of many, imagine the power of many public officers joining together bond by a commitment to serve.” Blades went on to encourage all public servants to take their posts seriously and believe in their good service. “If we fail to understand and respect the impact that our service has in our country, then we fail to place our focus on selflessness, helping people and improving our society. However, let me remind you that our public officers have worked hard, and is their hard work that has brought about the last two year’s salary adjustment that we benefit from, today. But is time to look beyond and work in progressiveness,” stated Blades. 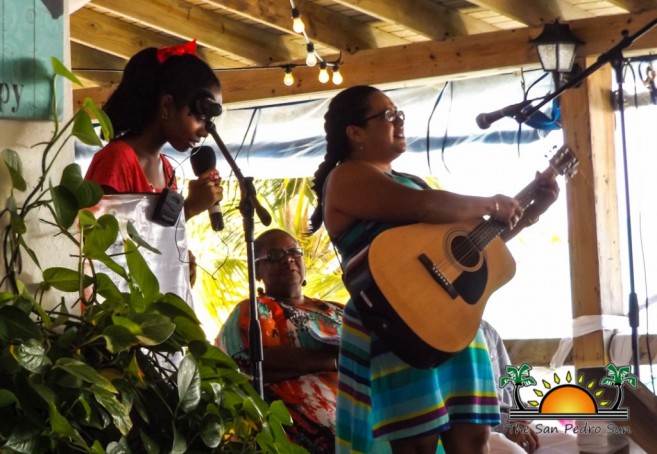 Natalie Arceo along with Tricia Stokes and the San Pedro Dance Academy gave the ceremony a touch of entertainment with song and dance performances. Before the awards were handed out, Honorable Gibson delivered a few words. “This morning we have been hearing from the different speakers about dedication, effort, and commitment in order to become good at what you do. I sincerely believe that in the public service, if we take our jobs seriously with dedication, we can rise. There has been a second round of salary raise and I think we must acknowledge and thank the government for that effort. So indeed, it really pays off to be a devoted public officer and I really commend everyone of you who will be awarded today after 25 years of excellent service to your country,” said Gibson. 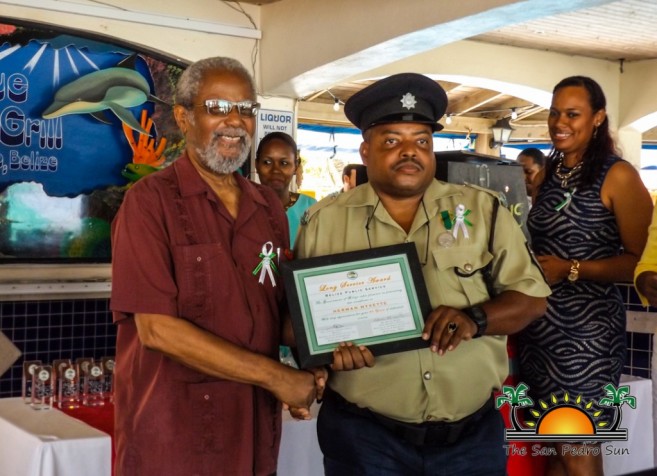 Following the Minister’s words, H.E Sir Colville Young presented the awards to the public officers. After the ceremony of awards, Shantel Yearwood from the Education Department in Belize City received a certificate for coming up with this year’s theme.

More on Community and Society
KHMH staff go on strike