Since 2014, the San Pedro Police formation through the Community Policing Unit has been assisting the Special Olympics Belize in raising funds. Help comes in various ways, such as asking for donations, holding drives and food sales. This year, two of the main fundraisers were barbeque sales, which were organized with assistance from members of Camp Starfish. The first sale took place on the 27th of November, followed by the second one on the 11th of December. 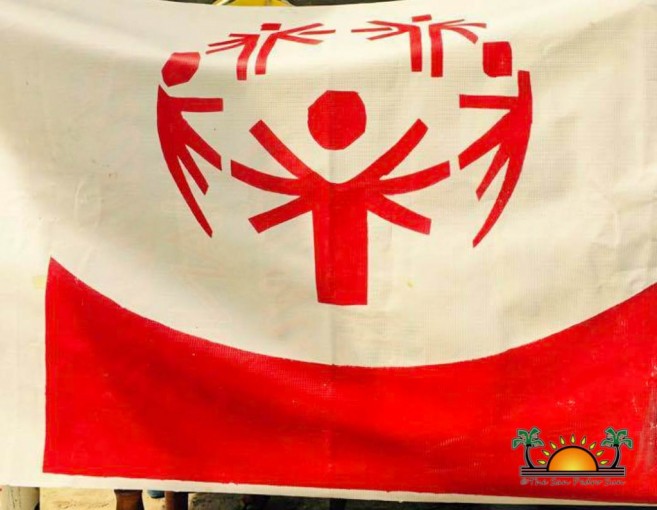 According to PC Juan Chuc from the Community Policing Unit, the funds raised at the bar-b-que’s sales went directly to Special Olympics Belize, and he’s proud to say that the amount of money raised was higher than those of last year. “Every year coming to December, my unit assists Special Olympics of Belize prior to its annual games in every way we can. This year we held two successful bar-b-que sales which yielded a satisfactory amount of funds. We raised a total of $1,264 at the first sale, and $1,071 at the second,” said Chuc. He expressed his satisfaction at being able to assist the cause which he feels needs more attention from the rest of the community.

The San Pedro Police Department looks forward to continue working with the community and getting involved in every way possible to assist in any worthy cause. PC Chuc added that next year, they are already gearing up to hold more fundraising activities, and they want to surpass the amount of funds raised this year.
The San Pedro Community Policing Unit would like to extend thanks to members of Camp Starfish for their support, to all those who have made generous donations, and to Special Olympics Belize for allowing the fundraising events to be held on their behalf.

This year’s Special Olympics games took place on December 4th at the Marion Jones Sporting Complex in Belize City. The games are part of a series of events held by Special Olympics International across the world to promote awareness for persons living with disabilities.