In commemoration of the upcoming United Nation’s Public Service Day, scheduled for Friday, June 23rd, several public officers on Ambergris Caye were treated to a social evening on Saturday, June 17th at the Great House in Mahogany Bay Village. Outstanding public officers who have been devoted to the government for 20 years or more were recognized, including non-governmental island residents who in one way or another have tremendously contributed to the island community. The special event was filled with music, great food, refreshments and fabulous giveaways via raffles held throughout the night. 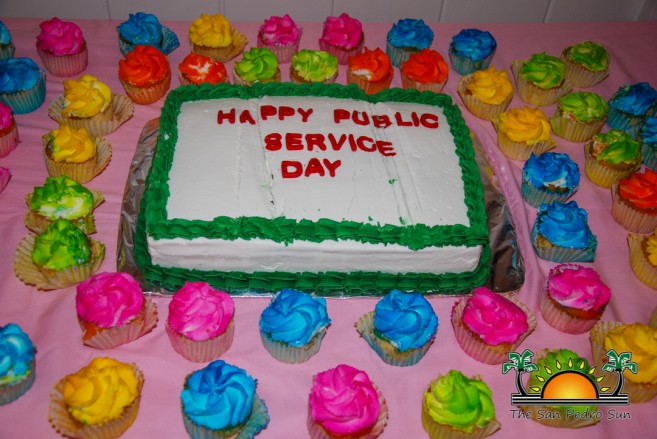 Jorge Aldana from The San Pedro Town Council (SPTC) along with Kristina Romero, District Coordinator at National Drug Abuse Control Council, welcomed everyone shortly after 8PM. Aldana commended all public officers on behalf of the SPTC, and thanked them for their unconditional service to Ambergris Caye. 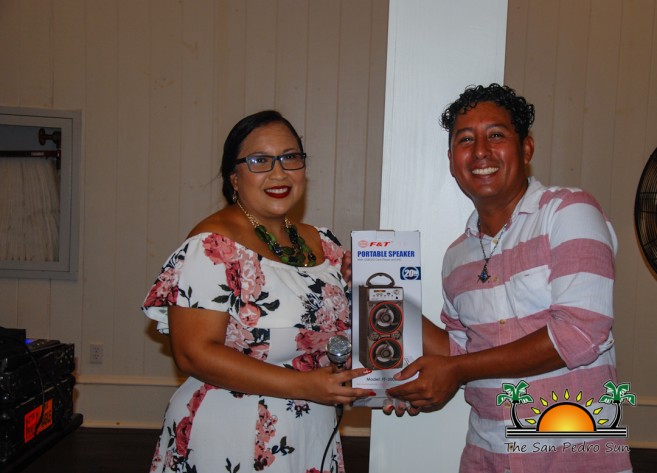 After the welcome remarks, Romero had the privilege of handing out awards to a couple of dedicated public officers. First to receive her recognition was Normajean Vanegas from the General Sales Tax Department. Vanegas has been working with the Government for 25 years, thus, she will be officially recognized at this year’s National Award Ceremony to be held on Friday in Corozal Town. 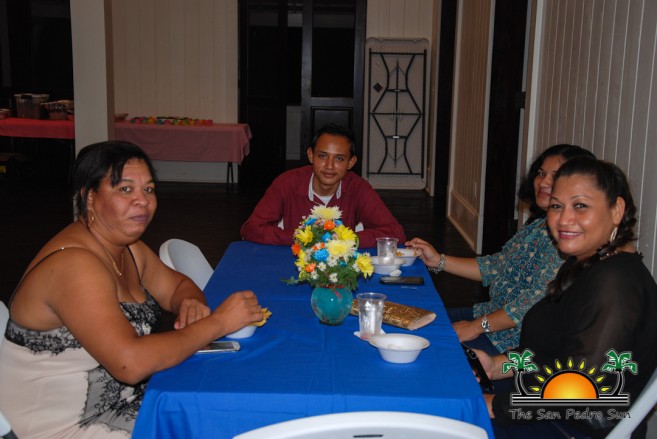 Leodan Torres from Treasury was also awarded for being in the public service for the past 20 years. He proudly accepted his award and looks forward to continue providing the Belizean people with the best of service, especially during election times. Another devoted public officer called up-front to be awarded was Rita Mattu from Customs and Excise Department. Mattu has been with the government for 26 years.
The award ceremony also included awards for persons who were not part of the public service, but have been very instrumental in the well-being of the community. One of them was Brittney O’Daniel, who according to Romero is very supportive in all sorts of community activities, particularly in charity and emergency cases. The second person recognized was Jorge Aldana, for dedicating a lot of his time to serve the island community.

After the short award ceremony, everyone was invited to mingle and enjoy the evening. There was plenty of food and refreshments, combined with great DJ music. Prizes were raffled through the event and lucky winners took home fantastic items.
Organizers for the Public Service activities on the island thank everyone who attended the event. A Public Service Walk will take place on Thursday, June 22nd starting at 6PM from the Central Park. An ecumenical service for public officers will be held on Sunday, June 25th, at Sagebrush Church. Everyone is invited to attend.