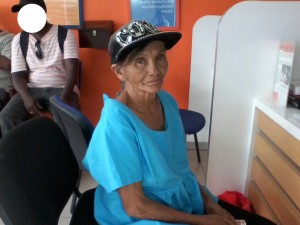 fter missing for several days, a woman known only as Ms. Julia was found dead on Thursday, September 14th in southern Ambergris Caye. She had been reported missing on Saturday, September 8th by a gentleman named Mario Flores Peña, who stated he last saw her the day before. Peña found her items behind a residence at the old dump where he goes to feed some dogs every day. He told police that Mrs. Julia frequented the area, and upon stumbling onto a couple of items belonging to her, he made a report to the police.

According to him, Mrs. Julia lived approximately 100 metres from where he feeds the dogs. Since Saturday, police and volunteers have been combing the area in search of the lady, but it was until Thursday, September 14th that her lifeless body was found by members of the Southern Ambergris Neighbourhood Watch.

Her body was in an advanced state of decomposition, and a post-mortem has been scheduled to determine the cause of death.