The San Pedro Town Council (SPTC) started the installation of new street lights on Ambergris Caye on Wednesday, December, 13th. Lights have been installed from north of the Sir Barry Bowen Bridge all the way to Belizean Shores. Other areas on the island that will benefit from this project include San Mateo, San Juan, San Pedrito, DFC, Eiley Sub-Division and Elliot Sub-Division. 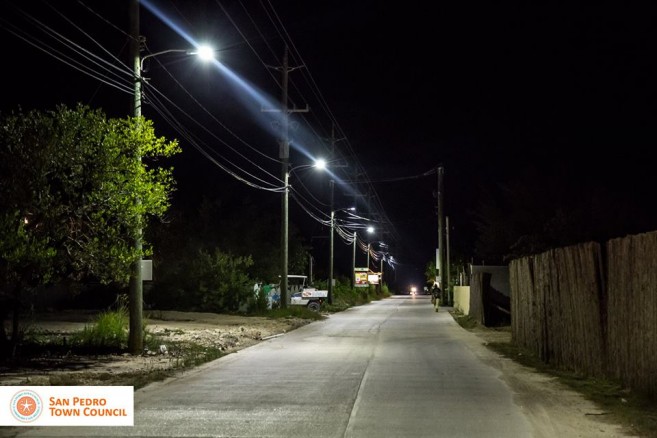 “This project of the new light posts for the island is something that we had mention several times, so it should be nothing new for the Islanders, “ said Mayor Daniel Guerrero. “We started with the north side of the island because we are in the tourism high season. We hope the new lights will help prevent any crime as well as assist late night workers.” Guerrero also mentioned that over 360 lights have already been purchased to be installed in the various areas that are needed. 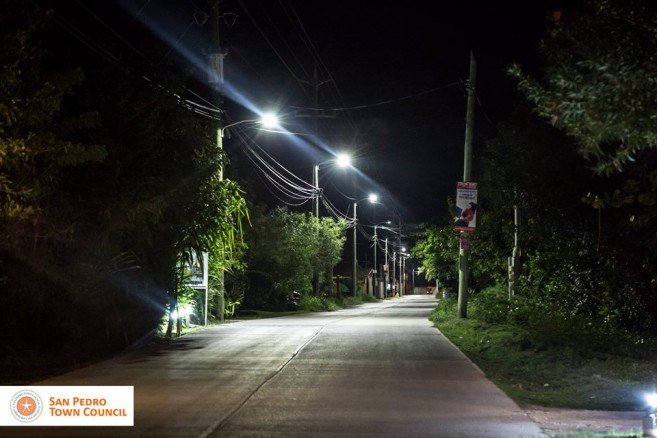 “San Mateo and San Pedrito area are scheduled to have their new lights installed before Christmas as those are places with a high rate of delinquency,” he said. He further told The San Pedro Sun that SPTC will be purchasing new motorcycles for the traffic officers, a vehicle for the San Pedro Police Department, and another garbage compactor should be arriving on the island sometime next week. 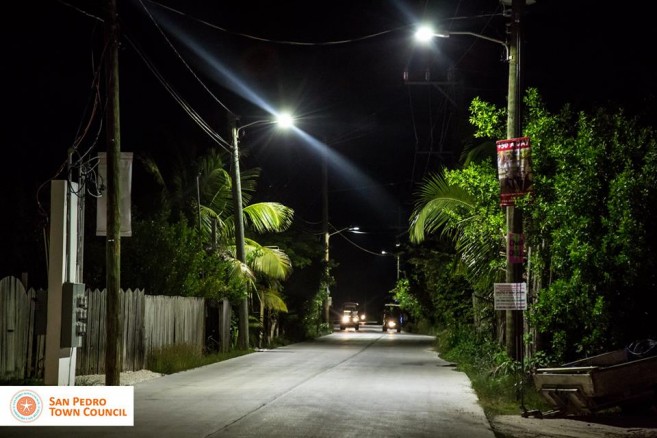 According to Guerrero, the light installation should be completed no later than early January 2018.