Over the past few weeks, several islanders have complained about the questionable behavior of police when stopped during late-night checkpoints. A number of residents claim they were locked up over night, threatened, and in some cases beaten when found without a driver’s license in their possession. Others allege that police officers have tried to extort drivers, informing them that if a fee is paid, they can avoid further troubles with the law. The officer in Charge of the Coastal Executive Unit (Ambergris Caye and Caye Caulker) Superintendent Reymundo Reyes weighed in on the reported incidents, stating that he has begun to address the allegations within his personnel. He further encourages residents to not allow any law enforcer officer to violate their rights and to report any wrongdoings immediately. 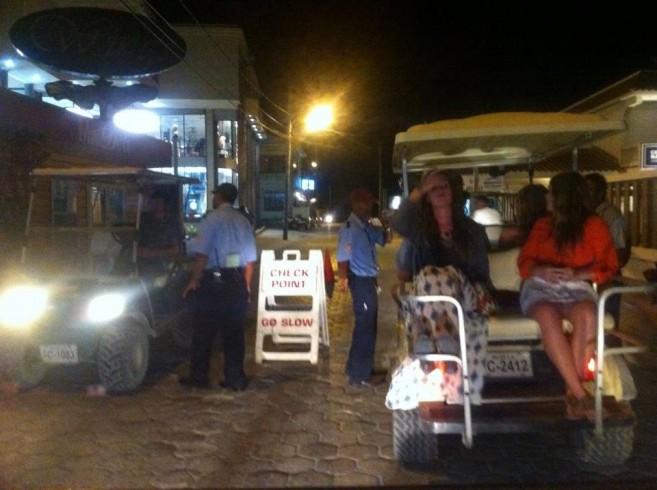 The most recent alleged incidents took place during the weekend of October 27th, with various checkpoints taking place in the middle of the night. According to the victims, police officers arrested them for not having their driver’s license. Most of the drivers indicated that they had forgotten their license at home, and instead of being served with a traffic fine, or a defendant summons for the violation, they claimed they were locked up for the remainder of the night. Others claim to have been physically abused and even extorted.
Reyes explained the right procedures when dealing with someone without a driver’s license. According to him, if the person does not have a driver’s license at all, he or she will be charged for driving without owning a valid Belizean driver’s license. The person will be brought to the station, where he or she will be detained for a couple of hours while the paperwork on the charge is done. Reyes said that after this process, the person should be released, not locked up for the night. He said that the same procedure applies to someone whose license has expired. However, Reyes touched on the instances when someone forgets his or her license at home. “Police officers are being asked to get the person’s particulars and give them a time for them to bring their licenses to the officers,” said Reyes. “We are trying to find ways to work with these situations. People with traffic offenses, I do not want to see them here at the station unless it is a grave offense.” 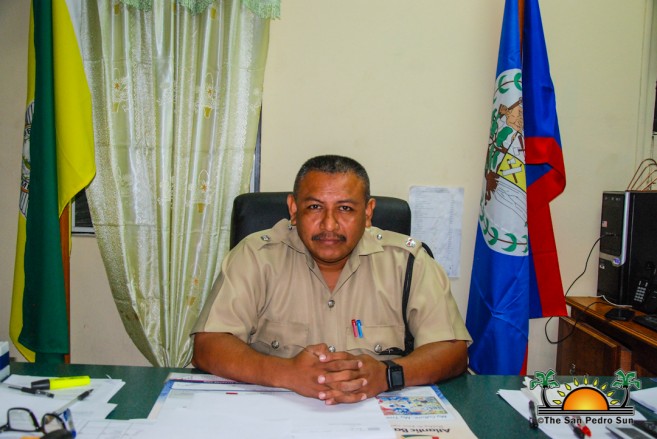 The Commander of the island’s police department also mentioned that he is aware that traffic offenders have been locked up for the night, and that there have been attempts at extortion. “I have brought up the matter to the officers in charge of different teams at the police,” said Reyes. “It is their responsibility to ensure that whenever a police officer brings in a detainee for traffic offenses, the person in charge must look at what the offense is, and if it is something that the person does not need to be locked up for, deal with the person immediately.” Failure to do so would see the officer in charge of that particular police unit for that shift in trouble.
On the extortion side, Reyes believes that the community should work along with the police. He encourages that when a police officer stops someone at a checkpoint and tries to extort them, it should not be tolerated. “They should bring it to the attention of the officer that it is wrong, and once I can get evidence of the act, police officers will be arrested and charged,” he said. He also added that such behaviors should be reported immediately and that no one should feel intimidated as the police are here to serve the community.
Chris Nuñez at the San Pedro Traffic Department added that they have a very good relationship with the police department and that they try to have traffic wardens with the police at all checkpoints. Although there is still no 24-hour shift for wardens, they traffic department tries to be available at night and on some occasions wardens have been deployed to areas in town whenever there is a traffic incident. However, Nuñez hopes that when a schedule is organized with information of night checkpoints, his department would be able to assign wardens ahead of time, instead of having some on standby or none available at times during the night.
In the meantime, those who may have being victims of extortion or abuse are encouraged to submit a formal complaint by visiting the police station or they contact Reyes at 629-9857. Any evidence they may have will be used to investigate and penalize any police officer involved in such practice and perhaps deter others from engaging in these illegal activities.