On the bright and breezy morning of Monday, 11th March 2019, a dedicated gathering was on hand to be a part of the viewing audience of the ceremonial laying of wreaths in recognition of Belize’s National Heroes and most revered financial benefactor. Detachments from the Boy Scouts, Girl Guides, Boys’ Brigade, Red Cross, Police Guard, Belize Defence Force and Police Youth Corps were present to embellish the official aura of this event celebrating these incredible lives and contributions to the country of Belize. This annual celebration is held to honour the lives of Baron Henry Edward Ernest Victor Bliss, the Right Honourable George Cadle Price and Honourable Philip Stanley Wilberforce Goldson. 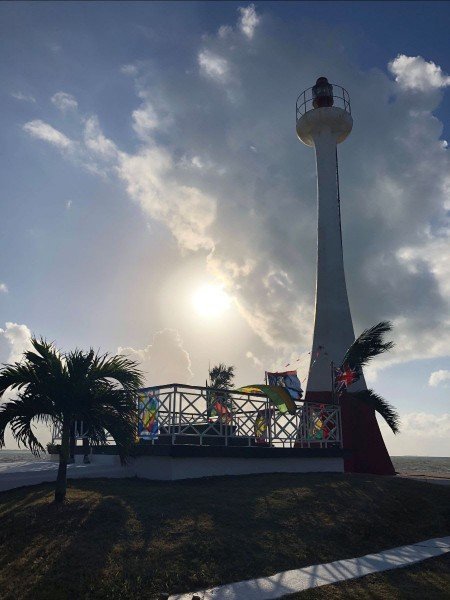 Invited guests and Officials who were present included His Excellency the Governor General Sir Colville Young, Deputy Prime Minister and Minister of Education, Youth, Sports and Culture Honourable Patrick Faber, Minister of Foreign Affairs Honourable Sedi Elrington, Speaker of the House of Representatives Mrs. Laura Longsworth and Reverend Lloyd Taylor of the Anglican Diocese. Several representatives from the Diplomatic Corps were present for the ceremony including the British High Commissioner, various Ambassadors, Honorary Consuls and Country Representatives. Representing the National Institute of Culture and History was President Sapna Budhrani, Mr. Nigel Encalada, Director of the Institute of Social and Cultural Research was the Master of Ceremonies and Ms. Jineen Roches, Coordinator of the Goldson House of Democracy and Patriotism. Representing Belize City was the Deputy Mayor of Belize City, Mr Oscar Arnold.

After the placing of the wreaths, Ms. Roches was the first to share a memorial tribute to Hon. Philip Goldson. Her presentation was followed by Mr. John Waight’s presentation about The Rt. Hon. George Price. A memorial to “Baron Bliss” was delivered by Brigadier General (Retired) Alan Usher, Chairman of the Harbour Regatta Committee. Following the ceremony the wreaths were taken to decorate the actual gravesites of our Belizean National Heroes.

Letter to the Editor: Guantanamo on Ambergris Caye
Easter Weekend