The Belize Tourism Board (BTB) shared its 2018 accomplishments and insights with the Belizean media on Friday, March 29th during their annual Media Mixer at the Biltmore Plaza Hotel in Belize City. The event started at 5:30PM inside the Tapir Room and saw members of the media and the BTB mingling and discussing how best to continue working together during 2019 while strengthening their relationship. 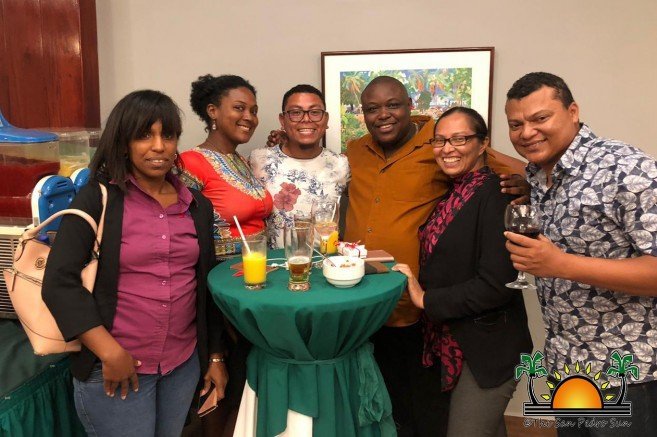 Opening the floor and officiating the event was host BTB’s, Raphael Martinez. He held an interactive session in which some of the participants won fabulous prizes. Afterward, there was a formal presentation in which some of the members from the BTB presented on the achievements the organization has recently accomplished. Mike Hernandez from the Communications and Public Relations Department, Marketing and Public Relations Manager Jocelle Stephens, Director of Marketing and Industry Relations Karen Pike among other staff members shared some of the highlights of 2018. According to them, for the third consecutive year, the country experienced double-digit growth, which is considered the second largest in the Caribbean for 2018. In the cruise industry, they claimed that for the third year in a row, over one million cruise passengers visited Belize. Another highlight was the increase in the hotel room inventory from 8,177 to 8,435, and it is expected that within the next three years an additional 1,627 will be added. The presenters also pointed out the increase in airlines flying to Belize, with the most recent AeroMexico from Mexico and Sun Country Airlines from the United States of America.
The BTB also discussed future projects, including the inauguration of the Boca del Rio Beach Park in San Pedro Town. They also announced the upcoming Belize Tourism Expo 2019 in early May, along with the annual BTB and Love FM Sea Challenge Kayak Race at the end of the May. The event also held a short questions and answers session, before everyone enjoyed refreshments and food.
The event was deemed a success and BTB looks forward to hosting a similar gathering in 2020. They thank all the media houses that took time out of their busy schedule to attend the mixer. A big thank you goes out to The San Pedro Sun, Channel 5, Love FM, The Guardian, Krem News, and the Government Press Office for attending.

Ministry of Public Service Inaugurates Walk of Recognition and Inspiration