Fundraiser for island resident after freak accident leaves her injured


Ana Cruz, a resident of the Elliot Sub-division in San Pedro Town, was the victim of a tragic accident just outside her home on August 8th. In the unexpected mishap, Cruz’ right hand was badly injured, and she lost three of her fingers. Her recovery has been painful and up to now, no one has been held liable. Cruz will need to undergo major medical treatments, which will be costly, thus, a fundraiser has been organized. On Friday, August 30th, a dollar drive and a radio-thon is to take place on Reef Radio. The following day, there will be a Bar-B-Que sale at the San Pedro Lions Den. 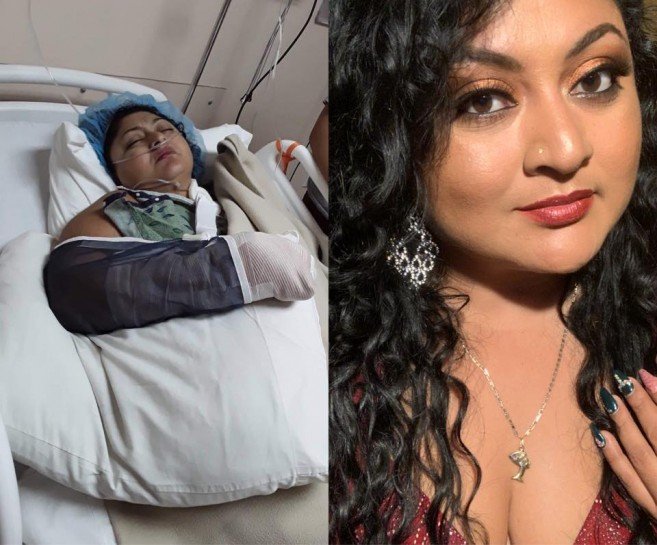 The San Pedro Sun spoke with a few persons in the area who witnessed the ordeal. According to them, the incident took place around 10AM, when Cruz was in the process of getting into a taxi. Allegedly, a large wide truck attempted to squeeze in between the taxi and the other side of the narrow street. Cruz was still attempting to get inside the vehicle when the back of the truck is said to have made contact with the taxi, pinning her hand with the door. Some people said that the driver was made aware of what was happening and then he decided to reverse. By this time, Cruz’ hand had been crushed between the door and thereafter, she was observed picking up her fingers from the street.
As she was bleeding profusely, Cruz was rushed to the Dr. Otto Rodriguez San Pedro Polyclinic II, where she was stabilized and then taken to Belize City for further medical attention.
After spending some days receiving medical treatment, she returned to the island and reportedly gave a statement to the San Pedro Police Formation about the accident. The San Pedro Sun attempted to get an official report on the incident, with no luck. When inquired about the accident, police said they were looking into it, but did not provide any further details.
In the meantime, help is needed and the entire community is asked to come out and support the fundraiser to help a beloved island resident.