Home » Community and Society » The National Institute of Culture and History notes the passing of Mr. Compton Fairweather, a Cultural Pioneer and Political Activist

The National Institute of Culture and History notes the passing of Mr. Compton Fairweather, a Cultural Pioneer and Political Activist 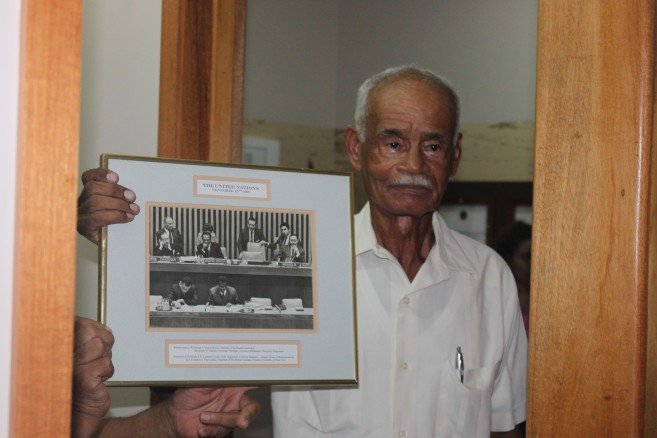 In his work as a cultural pioneer, Compton Fairweather was responsible for the recording, release, and distribution of many of the songs of Belize’s iconic musicians and bands during the 1960s and 1970s under his label CES Records based in New York. Most notably among these bands were the Lord Rhaburn Combo, Jesus Acosta and the Professionals and the Harmonettes.

As a political activist between 1966 and 1981 Compton Fairweather with support from Samuel Haynes emerged as the leader of the Freedom Committee which was formed by Belizeans in the diaspora to support the work of Philip Goldson and the National Independence Party. Compton Fairweather worked directly with Philip Goldson to craft a strategy for rejecting Guatemala’s unfounded claim and by directly lobbying with every former African British country of the United Nations to raise awareness about the claim and its hindrance to Belizean Sovereignty and Independence. As a result of his efforts, he joined Philip Goldson as the first Belizeans to address the United Nations Committee on Decolonization on August 3rd in 1967.

Compton Fairweather is one of Belize’s patriots and was recognized by the Government of Belize when he was awarded the Order of Belize in 2009.

The Honourable Patrick Faber, Minister of Education, Youth, Sports, and Culture, The National Institute of Culture and History salutes Mr. Compton Fairweather on a life well-lived.