The beach strip along the Boca del Rio Area is about to undergo a thorough restoration, restricting vehicular traffic and making the sandy stretch more family friendly and attractive to locals and visitors. The rehabilitation project is spearheaded by The San Pedro Town Council (SPTC) to address the congestion of traffic in the area and reclaim the beach that is slowly eroding. Businesses in the area welcome the initiative, but some are concerned about adequate parking for their customers, as the beach project will prohibit parking once it is complete.

The restoration efforts began on Friday, January 17t and throughout the weekend SPTC employees were observed planting coconut trees in the middle of the beach road from in front of Sandbar Restaurant to near the detour at the San Pedro High School. The coconut trees are supported by short stumps, creating a two-way lane. While vehicles and golf carts are still driving on the beach, business and home owners in the area were asked via a letter from the SPTC to start parking inside their property and to provide space for their customers to park as well. 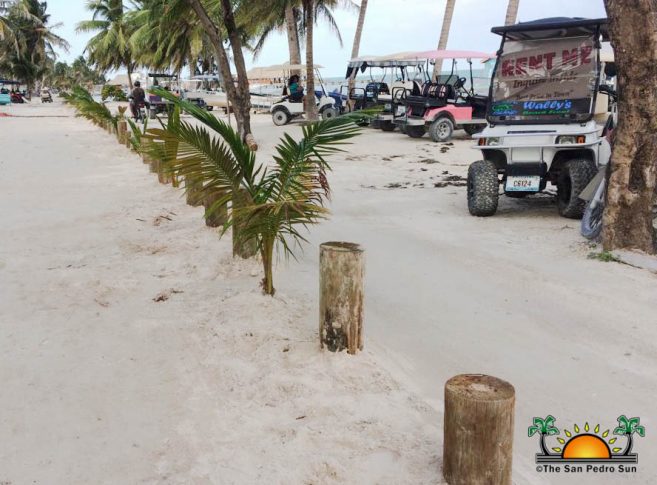 While the beach reclamation idea is being supported, the issue of customer parking space is problematic. Some businesses owners told The San Pedro Sun that removing access to golf carts and large vehicles will positively benefit Boca Del Rio beach area. “More people will be able to walk without worrying about vehicles, and businesses will see more ‘foot’ traffic,” said a bar and restaurant owner. Another indicated that the enhancement of the beach will definitely bring more visitors, as at the moment the beach looks more like a beach street. They hope the project is completed so Boca del Rio can then become everyone’s favourite place.

However, some businesses that operate over the water establishments are concerned about parking space for their customers. They believe that this new setup might turn away patrons that usually drive to Boca del Rio because they live or are staying outside of the downtown San Pedro. Although they see the great need to save the beach that continues to erode, such a restoration could have been done during the slow tourism season and not now, when it is beginning to pick up, after a slow start. 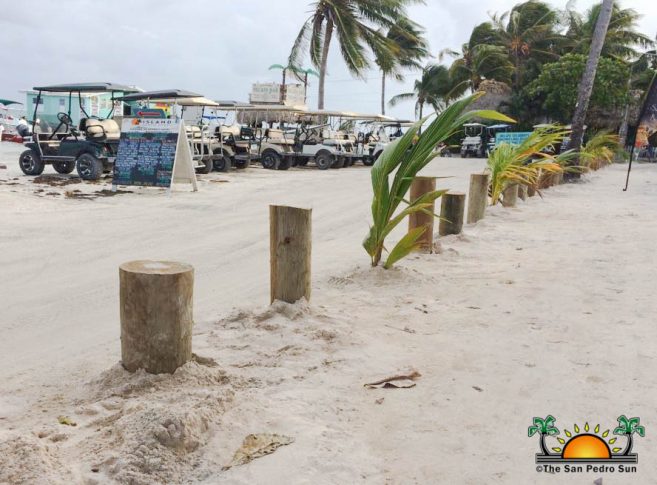 The San Pedro Sun attempted to reach Mayor Daniel Guerrero for comment on the beach rehabilitation project, but he was not available. In the past, the mayor stated that the project goes hand in hand with the SPTC’s vision of putting the interest of the children and families first.

The project has received the blessing by many of the residents living in the area. They believe it will ensure a safe environment for children and adults, and that the island will once again have a proper beach front. They are optimistic that it will not affect businesses and that eventually people will see the benefit of leaving their vehicles at home and instead walk or bike to the beach or take a cab. “People do not like changes, but I think this one is for the better, and everyone should be happy about it,” one resident said. 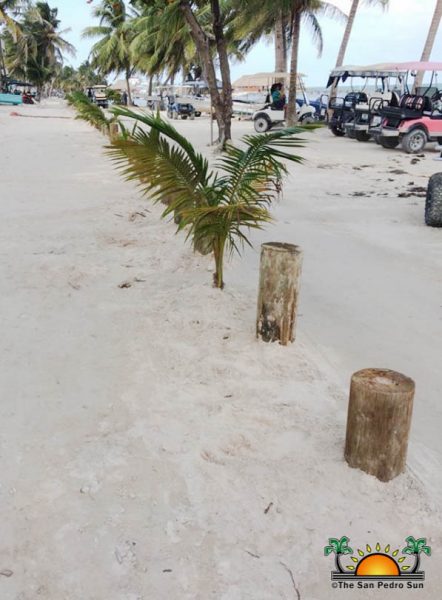 The rehabilitation project began in April 2019, with the inauguration of the Boca del Rio beach park. Minister of Tourism and Civil Aviation, Honourable Manuel Heredia Jr., said at that time that more was coming for the area. He announced that over the next couple of months, the entire Boca del Rio strip was going to be reclaimed and once complete, vehicles would not be allowed to traverse the beach.

The Boca del Rio beach rehabilitation project is expected to be completed in the upcoming months, and  is apparently being done with the collaboration of the Belize Tourism Board.