Ambergris Caye’s sister island Caye Caulker has seen its share of struggles in the fight against COVID-19, which has severely impacted the national economy. Like Ambergris Caye, tourism was the main fuel of Caye Caulker’s economy and with its absence, many have lost jobs and are in dire situations. Allegedly, government has yet to render any assistance, and the Caye Caulker Village Council (CCVC), along with volunteers and donors have been doing their best to assist the most vulnerable islanders with meals and groceries. On Thursday, April 16th, the CCVC detailed how their relief program has been tending to the less fortunate in these difficult times. 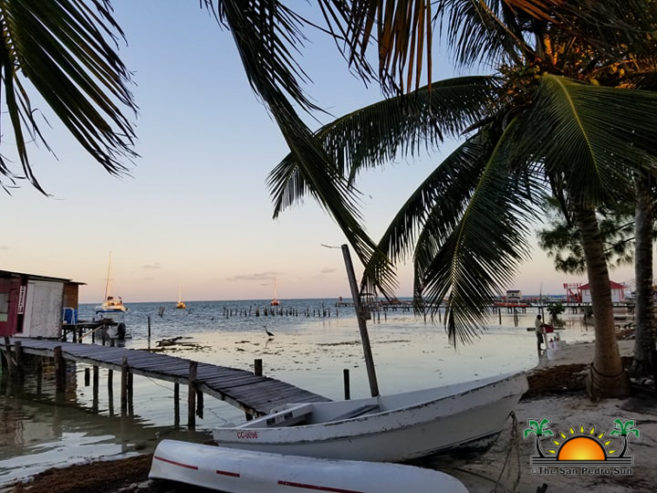 Chairlady Seleny Villanueva-Pott spoke to The San Pedro Sun, referring to the Village Council’s social media post explaining Caye Caulker’s relief efforts since the beginning of the month. With the increase in COVID-19 cases on the mainland, the transportation of food supplies to the island has been more stringent, but the CCVC and its partners have been able to help as much as they can. According to the CCVC, families are screened with the aim to target those most in need to get the help. Once they are identified, they are contacted and told when volunteers and Councillors will be around delivering bags with goods. The CCVC indicated that they have used their limited funds to obtain some of the goods and the rest has come from donations within the island by the Chinese Community, the Caye Caulker COVID Assistance Team founded by Attorney-at-law Wendy Auxillou, and island residents. Caye Caulker also received a large cargo donation of goods from San Pedro Belize Express Water Taxi Company worth around $15,000 BZ.

Recent donations and process of distribution 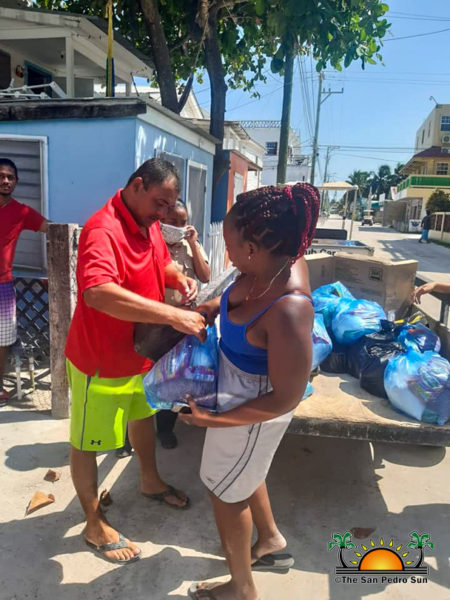 According to the CCVC statement, on April 2nd, Quality Poultry Products informed Chairlady Pott of a donation to Caye Caulker of 100 bags of chicken. Each bag would include four chickens amounting to 400 three-pound chickens, totalling 1,200 pounds of chicken meat. According to the CCVC, they decided to pack a total of 500 packages, and to do so, they purchased additional supplies to reach that goal. The chairlady, a proprietor of a meat shop, reportedly consulted with her husband for the possibility of making a donation to further complement each bag with a chicken.

A total of 125 chickens, four pounds each, was donated equivalent to 500 pounds. Each grocery bag included one chicken and the excess of 25 are being used to feed a Cuban doctor and nurse that are currently in Caye Caulker. The CCVC is also responsible for lodging and feeding them, as they have been doing for the additional members of the Belize Coast Guard.

The following day the CCVC Councillors met and vetted a list of people that had signed up at the Village Council for assistance. The first attempt to distribute bags with goodies began on April 4th, giving priority to the elderly, sick, and single parents. Those that have a job did not qualify. Chairlady said that with the limited amount of bags they had packed, they tried to spread the help across the island. While handing out the packages, people that were not on the list began showing up and were not adhering to the social distancing measures, and thus distribution was halted. The distribution was then done by areas, and by April 9th they had covered most of the island. The distribution continued after Easter weekend.

On April 13th, Chairlady Pott was contacted by a representative from the Human Development Department to assist them in locating a store that would supply the island with packages to be provided to the people who apply for the relief program. Pott informed her Councillors and four of them visited several shops looking for an establishment that would agree to work with the government. At the end of the day, several forms and banking information were submitted to Human Development, but the approval of these is still pending. The following day, two Councillors went back to call people, who had been identified during the home delivery the previous week. The task is a bit time-consuming as some people did not provide a contact number. 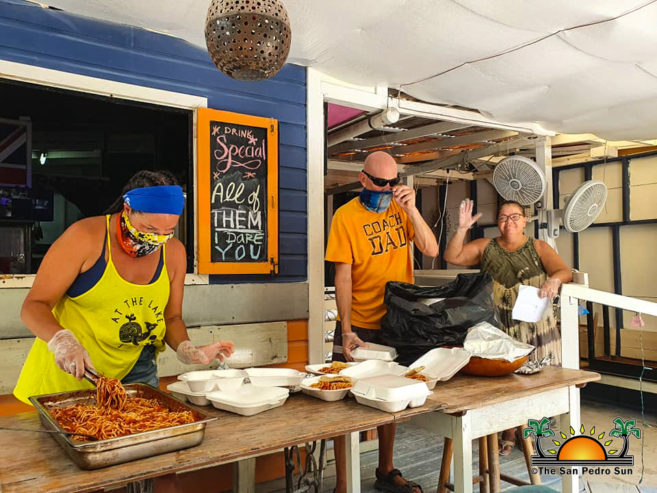 The CCVC continues to ensure that its residents will have a meal and groceries, and have pledged to continue providing food supplies to Bondi Soup Kitchen. This soup kitchen is for those residents that may not have cooking facilities – and hot meals are provided for them. The Village Council stated that if necessary, they will purchase additional food supplies to ensure that a second round of packages can be donated to more persons on the island.

The Caye Caulker Village Council also pointed out that their limited resources are being spread in all sectors of its community. The retrofitting of the building of the isolation unit created for any potential patient with COVID-19 was funded solely by them. Some medical supplies such as 80% alcohol and pulse meters were also funded by the Village Council. They said they purchased bleach to clean the most visited areas in the Community, and have paid for all fuel costs incurred by tour operators, who assisted the Belize Coast Guard over the Easter weekend in monitoring movement around the island. 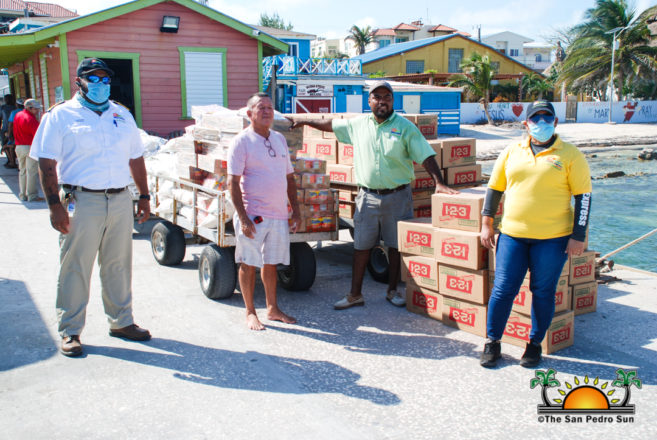 The CCVC stated that they have reached out to Area Representative, Honourable Manuel Heredia Jr. for assistance. According to them, Heredia said he is unable to be of assistance as his ministry is ‘taking the blunt of the wound’ and that he is ‘currently receiving no salary‘. In addition, the CCVC has been informed that March’s subvention of $4,000 is still pending, and efforts to find out if they will continue getting these funds were futile.

Despite all these difficulties, the CCVC pledges to continue being of assistance in all sectors of the community. They reiterated that all the efforts thus far have been solely via island authorities and its donors. The CCVC pledges to do its best to safeguard Caye Caulker and to continue fostering unity and assisting as many in these uncertain times.

Anyone able to donate in any manner is asked to contact the CCVC at 226-0043.