On Saturday, June 4th, the San Pedro Saga Humane Society received a phone call from a person reporting the discovery of an injured bird. Saga staff immediately followed up, and encountered a female Osprey suffering from dehydration, a broken wing, and several wounds across its body. Saga took the bird back to the clinic, where it was given supportive care and was administered fluids to temper its dehydration before rushing it to the mainland to get treatment at the Belize Bird Rescue (BBR). 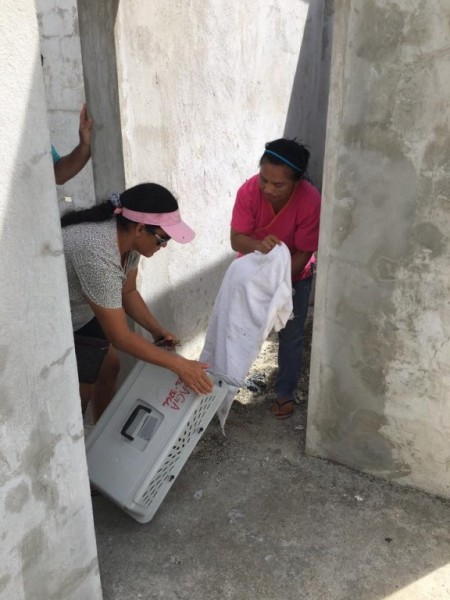 After BBR picked up the Osprey, they noticed that both her legs were paralyzed. She was transported to a local animal clinic in Belize City, and was given an X-ray. Dr. Philip DeShield, who evaluated the bird, discovered that she had been shot three times with a pellet gun and that one wing had a broken ulna. It is suspected that the bird was a nesting adult, and its nest was repeatedly shot at until the bird landed on the ground. The three pellets are still embedded in her body, as due to massive hematomas, she cannot undergo surgery. She is in stable condition, being medicated, given daily baths, and eating well.

Nikki Buxton of the BBR states that she is hoping for the best in regards to the bird’s recovery. “The Osprey seems pathetically grateful for the pain relief and care. Time will tell if we can get her mobile and flying again and in good enough shape to return to the wild. It will be a very long journey for her, and her future is very uncertain,” said Buxton. 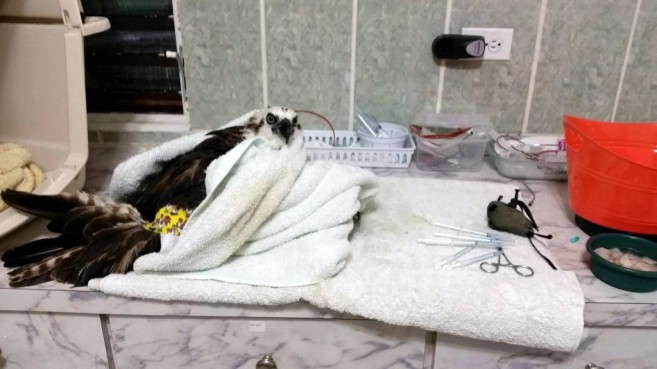 Although Osprey in general are not an endangered, this species of Osprey is. Belize is lucky enough to have an extremely rare and endangered subspecies of the bird which exclusively resides in the Caribbean from Bahamas and Cuba to south-eastern Mexico and Belize. In Belize it is mainly found on the northern cayes and mainland coast. 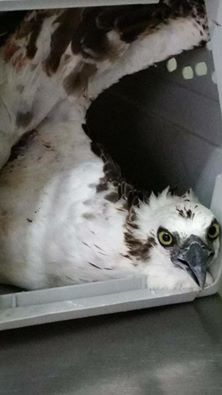 Unfortunately, pellet guns are excluded from the Belize Firearms Law, thus making them legal. However, since all wildlife is protected in Belize, it is illegal to tamper with wildlife by causing injuries or death.

With a limited amount of Osprey residing in Belize the public is encouraged to protect our wildlife. Saga and the BBR is extremely grateful to have been able to save the bird’s life, and to the person who called in the report. Saga urges anyone who encounters a bird motionless for more than hour, to contact Saga at 226-3266.

The orphans at SAGA receive gifts from Santa