At the crack of dawn on Saturday November 22nd, a handful of bleary-eyed bird enthusiasts gathered at Central Park in the heart of San Pedro Town to take part in the annual Belize Audubon Society (BAS) Urban Bird Watch. 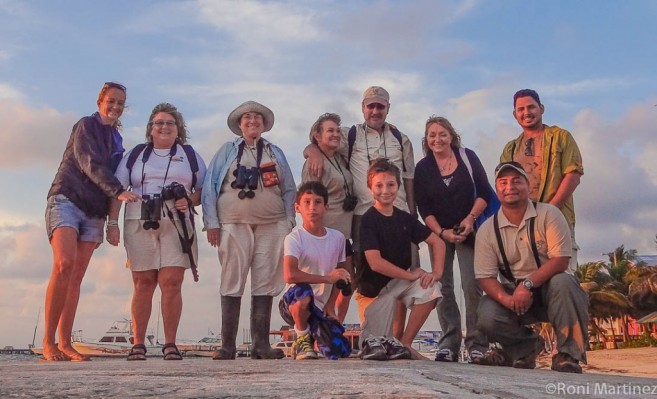 The group of six adults and two young men were led by well-respected Belizean birders and conservationists from the mainland, Roni Martinez of the Scarlet Six Biomonitoring Team and Jonathan Urbina of the Peregrine Fund Organization.

Starting at 6AM the group first took the time to admire the gorgeous sunrise and the soaring Magnificent Frigatebirds and Laughing Gulls who welcomed the new day. Armed with binoculars and cameras, the gaggle of gawkers started on the beach where they headed north towards the Boca del Rio Park.

Of course shorebirds were the first to be spotted, and sandpipers and plovers scampered along the water’s edge. Also sighted along the beach (and in the skies above) were Yellow-crowned Night Herons, Little Blue Herons, Great Egrets, Brown Pelicans, Double-crested Cormorants, Royal Terns and Great Blue Herons who were in search of their seafood breakfast. 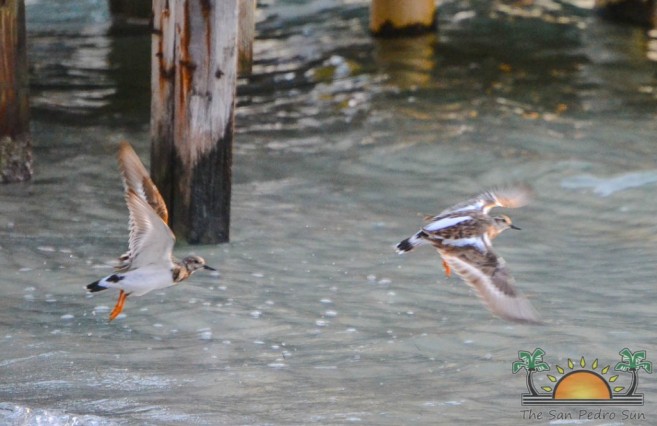 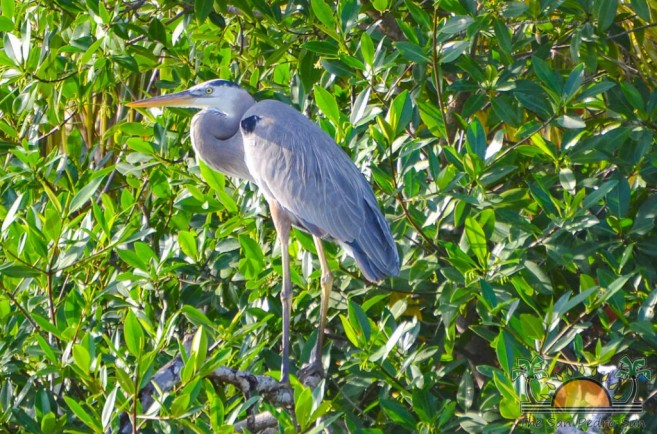 From a far distance Jonathan spotted a large bird landing on the BTL Tower several blocks away, and with binoculars the group was treated to the sight of a Peregrine Falcon. Peregrine Falcons have the greatest airspeed velocity of any bird in the world, and are able to exceed 200 miles per hour in its hunting dives! 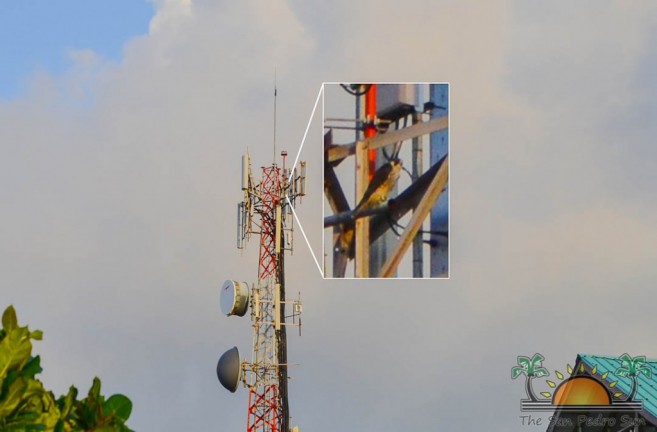 At the Sir Barry Bowen Bridge the group crossed over to the channel side of town and followed the water way south along the lagoon. There a variety of birds were spotted, including White Ibis, Black-necked Stilts, Green Herons and Olive-throated Parakeets. The highlight of the morning was when a Double-toothed Kite was observed on top of an electric pole. The sighting was unusual as this small raptor normally resides in mid to low elevation forests. 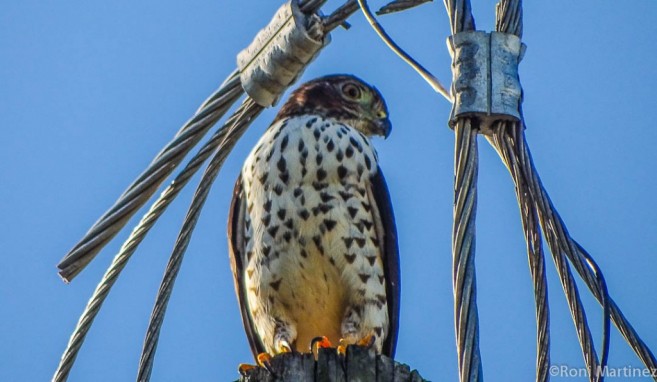 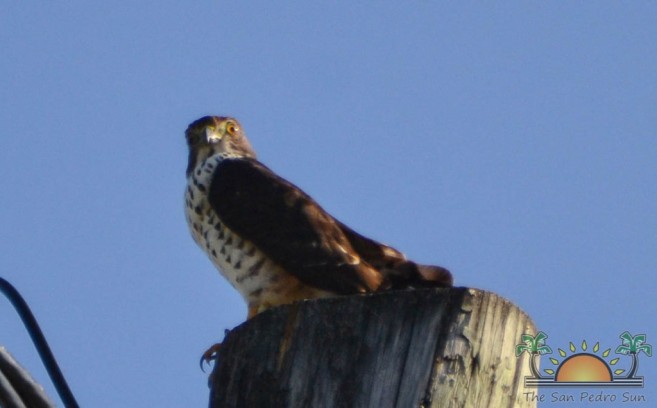 From spotting common birds such as a variety of doves, pigeons, herons and Great Kiskadees to less seen Belted Kingfishers and Merlins, in all the group observed 45 different species of birds in less than two hours. In last years’ BAS Bird Watch in San Pedro 60 species were noted, and chances are this year other birds were passed un-noticed once the group began socializing with each other! 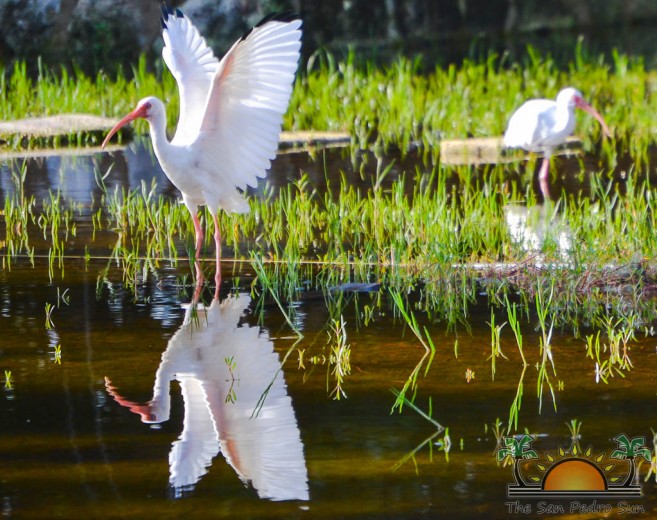 The Belize Audubon Society has been hosting the Urban Bird Watch throughout the county during the months of October and November for the last few years in order to raise awareness to the gentle ecosystem that tropical birds live in and emphasize the need to protect them. People are often surprised at the variety of birds that reside in or migrate through their towns. Although the watches are intended for viewing birds in urban areas, San Pedro Town still offers more on an island, than urban experience. 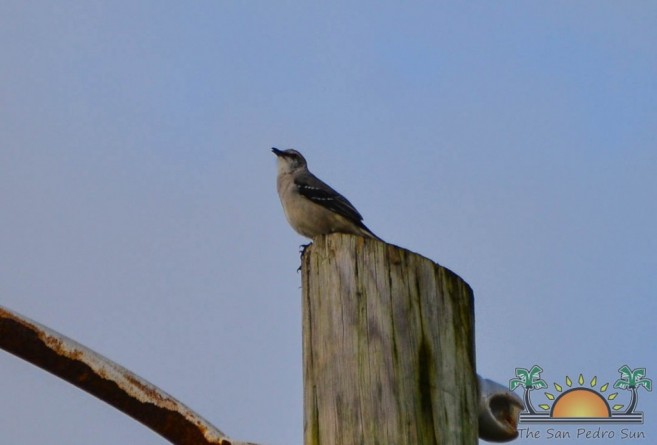 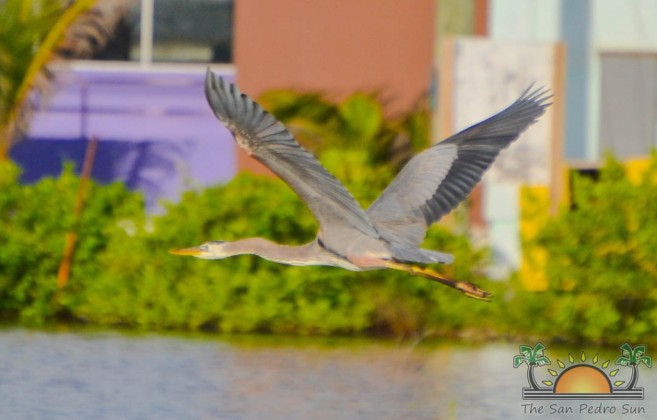 For more information about the Belize Audubon Society please visit them on Facebook at https://www.facebook.com/belizeaudubon, their website is currently under construction.

Dredging taking place in Caye Chapel despite lack of EIA