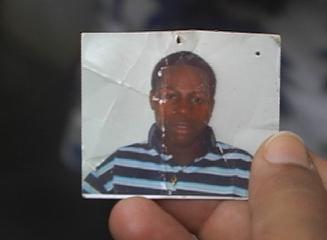 The Police Department held a press conference today Monday July 9th to disclose details relating to a shooting incident that occurred on northern Ambergris Caye in the Bacalar Chico National Park area near Rocky Point. The shooting incident is as a result of a special operation conducted by joint armed forces along the coastline of northern Ambergris Caye. During the incident three people were shot and killed. The victims has been identified as 18 year old Kendal Flowers who is a resident of the Yarborough Area in Belize City, 22 year old Alexander Mazariegos of a Costa Rica Street in Salvapan area of Belmopan City and 23 year old Alley Ismael Garcia of a Saint Paul Street also of Belmopan City.

According to Police, sometime around 6AM on Saturday, July 7th, the special armed forces were on a special operation that was launched some 17 miles north of San Pedro Town. The operation was concentrated within a ten mile range from Boca Bacalar Chico south to Rocky Point located in the Bacalar Chico National Park. “The operation was launched as a result of information gained on armed groups operating in this area acting hostile to elements of the community causing them to fear for their lives and welfare. The security forces recognizing that this was our direct responsibility launched an operation to clear the area of any forces that were indeed operating in this area, armed or unarmed, as long as they were acting hostile or conducting elicit or illegal activity,” said the Commandant of the Belize Coast Guard John Borland. According to Borland, the operation started at the Boca Bacalar Chico (Belize-Mexico Border at the tip of Ambergris Caye) and progressed on foot southwards concentrated within ten miles. 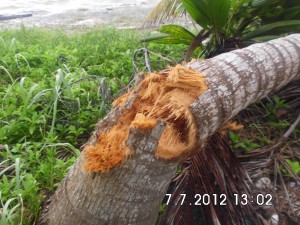 Borland told the media that as soon as the operation was launched, they began noticing “tell-tale” signs of what is believe to be illicit activities in the area including expended ammunition. Because of the observation that the area seems to be hostile, Borland said they conducted their operation carefully and tactfully. “Approximately four miles into the patrol, the lead scout signaled that he sighted someone in the vegetation about 300 meters from where the main patrol was located… shortly after they began advancing tactically when they came under fire. The commander then ordered that the patrol take cover and return fire in the direction from where the hostile fire was coming from,” said Borland. The incident was registered shortly before 3PM when the patrol noticed that four people were in the area where the hostile fire was coming from. “The patrol then began firing and maneuvering towards that location to assault and fight through, that we then identified as an enemy objective,” added Borland. The fire exchanged lasted for about 10 to 20 minutes and after the area was neutralized and a search of the entire area was conducted. According to Borland after a complete search of the area they discovered three casualties. One of the men had escaped and despite a chase the man managed to make good his escape. Meanwhile none of the joint agency patrol was injured. According to Borland, further search of the area led to the discover of one M-16 Rifle with serial number 4806071,  two M4 Carbine Rifles S/N unknown, seven 9mm Aguila brand live rounds ammunitions, twenty-one .223 REM brand, 24 .223 WCC brand, nine .223 Aguila brand and one .223 LC08 brand making it a total of one hundred and fifteen .223 live rounds of ammunition, four 30 rounds capacity empty magazine, one  20 rounds capacity empty magazine, twenty-one 5.56 expended shells, seven .223 expended shells, two black bullet proof vest, two black Bush Nell brand binoculars, one camouflage jacket, 369 grams of cannabis and one 9 mm empty magazine.

“This operation was planed based on intelligence and information gained. We all know that the area of Bacalar Chico, that area north of San Pedro from Rocky point to Bacalar Chico, has long been a troubled region where the community has been terrorized and has felt unsafe fairing for their security and welfare. We will keep this operation ongoing until we have regain control of this area and can reassure San Pedro, and its citizens and those communities affected that the area is safe, secure and free from  all elements of illicit activities and all those acting in a hostile manner” said Commandant Borland.

Speaking to reporters at the press conference, Commander of the Belize Coast Guard Elton Bennett said that the M-16 Rifle with serial number 4806071 is one that went missing from the Belize Defense Force headquarters last year. The serial numbers of the other weapons were tampered with but will be analyzed carefully to track its origin. Bennett also explained that looking at information gathered during the operation suggests that “it may have been that a wet drop had recently occurred or one was about to happen.”